Parchemins Project - Assessing the Health and Well-Being of Undocumented Migrants 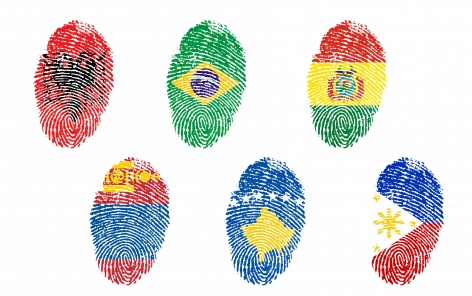 Parchemins Project - Assessing the Health and Well-Being of Undocumented Migrants

The Parchemins project, associated with the LIVES Centre, aims to assess the impact of regularisation on the undocumented migrants’ population in Geneva, particularly in terms of health and well-being. This project, which is a first in Europe, is linked to the Opération Papyrus, which granted work permits to more than 2,000 people between 2017 and 2018. Of the 4 waves of data collection planned, the first two have been completed.

The number of undocumented migrants in Geneva is estimated at around 13,000. This significant minority is described as generally having a lower quality of life and health status than the resident population. In response to this problem, the Canton of Geneva launched the “Opération Papyrus” project between 2017 and 2018 to normalise the status of several hundred undocumented workers.

The impact of regularisation

A first in europe

This innovative project is the first prospective and mixed-method study in Europe to measure the impact of a policy of regularisation for undocumented migrants on their health and well-being. It therefore aims to describe the evolution over time, both quantitatively and qualitatively, of this population’s situation, about which little is known.

The results of the study’s first wave were presented at a symposium on 6 November 2018, the papers of which are available here («Vivre sans papiers: parcours, emploi et santé» in French). A second wave of data collection was completed in January 2020.

This project, which is associated with the LIVES Centre, launched in 2017. It is the result of an interdisciplinary collaboration between the University of Geneva (UNIGE) and the University Hospitals of Geneva (HUG). It benefits from the strong support of the members of the Collectif de soutien aux sans-papiers de Genève, which is made up of numerous associations in the field. The Parchemins project is now integrated into the Interfaculty Centre for Gerontology and Vulnerability Studies (CIGEV).