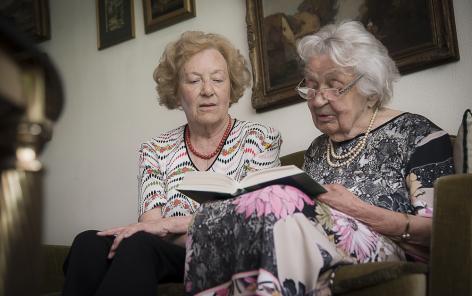 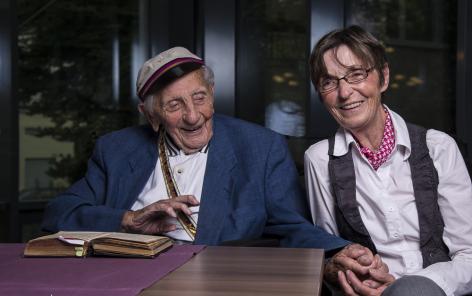 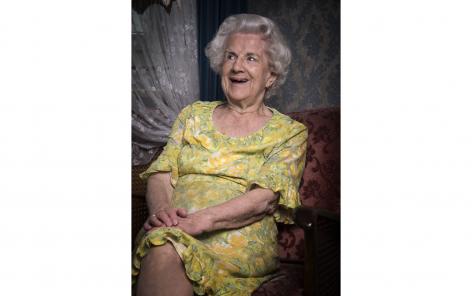 The number of centenarians increases more and more in Switzerland. In order to better understand the challenges of this population, many researchers investigate medical, psychological and social issues related to old age.

As part of the International Centenarian Consortium (ICC 2019), which takes place in Switzerland this year, the University of Lausanne organises a public event and will present the last research results about the personal, family and social challenges which could affect us all, in one way or another.

Free entrance – Number of seats limited to 150
Compulsory registration, until 17 May 2019 through this form.

This event will take place in French. Please read the French version of this news for more information. 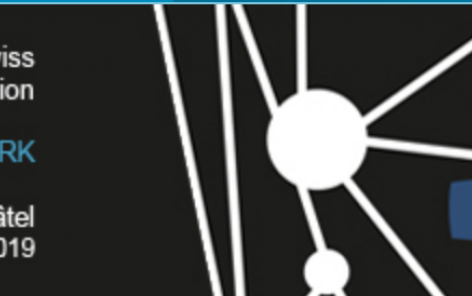 Call for Abstracts for the Workshop organised by the DAISIE team on ‘Extending Working Lives: Policies, Practices and Social Implications for Older Workers’ at the Congress of the Swiss Sociological Association 2019, Neuchâtel, 10-12 September.

In most Western societies, it has become widely accepted that the combination of demographic ageing and pressure to reduce public spending should necessarily result in the delaying of retirement, usually along with reforms to existing pension schemes. Largely promoted by international bodies such as the OECD throughout the 1st decade of the 21st Century, this vision of extending working lives (EWL) as a universal solution to a number of social ills has been actively challenged by social mobilisations and is being increasingly questioned by inter-disciplinary, comparative academic research projects (e.g. COST Action IS1409 Gender & Health Impacts of Policies Extending Working Life in Western Countries http://genderewl.com/).

In line with the overall objectives of the Congress, this Workshop addresses the Future of work by inviting participants to critically assess the importance and the social consequences of such challenges to the Fordist (androcentric) life-course tryptic “education – employment – [early] retirement”.

>> Further informations about the call for abstracts 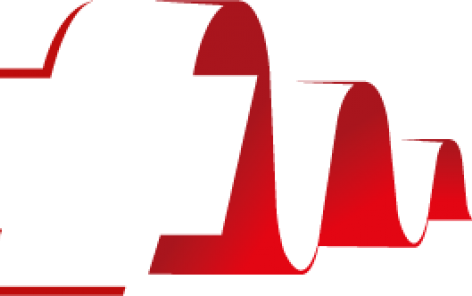 The special anniversary edition of the 10th International Conference of Panel Data Users in Switzerland: "20 Years of the Swiss Household Panel", includes plenary sessions (keynote speakers to be announced), thematic sessions and a poster session. Registration is now open.

The thematic sessions cover a variety of topics, such as health and well-being, education and labour market, socio-economic inequality and mobility, families, gender, transitions and life course, ethnic minorities and migration, politics and attitudes, survey methodology, and longitudinal methods. 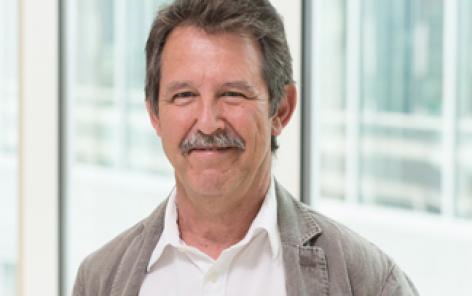 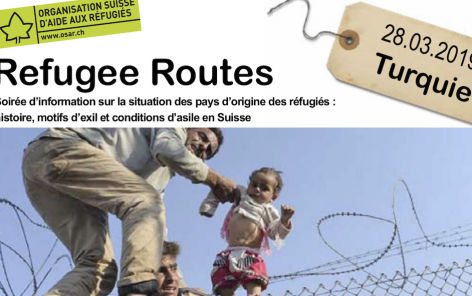 This year's first "Refugee Routes" will be held on March 28 in Lausanne and will address the issue of the Turkish government. These events, organised by the Swiss Refugee Council (OSAR) with the support of the Swiss National Center of Competence in Research LIVES (NCCR LIVES) aim to give a better understanding of the refugees' situation in Switzerland, of the reasons that drove them into exile and of the reception conditions in Switzerland. They can be attended by anyone interested in this matter, in particularly in associative and institutional sectors.

This event will take place in French. Please read the French version of this news for more information.

11.03.2019 > In Switzerland, people increasingly find love within their income bracket 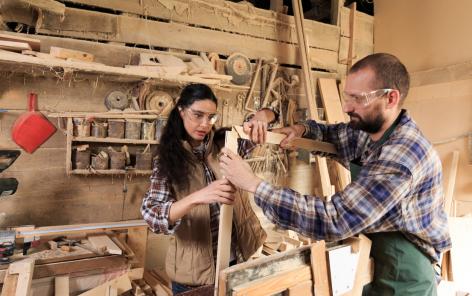 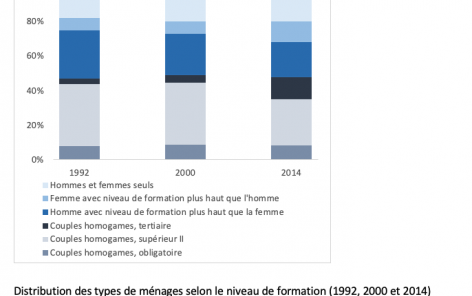 In Switzerland, people increasingly find love within their income bracket

This is Laura Ravazzini, Ursina Kuhn and Christian Suter’s observation, in an article published in the last edition of the journal Social Change in Switzerland. Based on the Swiss Household Panel, the researchers demonstrate the evolution of the education level and the households’ income of heterosexual partners in Switzerland between 1992 and 2014.

The study based on the Swiss Household Panel reveals that heterosexual couples’ homogamy has increased in Switzerland since the 1990’s. High-earning men are now more frequently in relationships with high-earning women, and that low earners more frequently have partners in the same income bracket. With regard to education, individuals with a low level of education in particular are more likely to form relationships together than was the case twenty years ago. These conclusions were found by the three authors of the article issued in the last edition (n° 17) of the journal Social Change in Switzerland, published by the University of Lausanne by FORS, LINES and the National Centre of Competence in Research LIVES.

This new study shows how the educational levels and household incomes of heterosexual couples in Switzerland are changing. Between 1992 and 2014, the proportion of couples where both partners were university graduates rose from 3% to 13% of all households. During the same period, the proportion of homogamous couples who had completed their upper secondary education (apprenticeship or sixth form-level college) fell from 36% to 27%. The proportion of couples where both partners had only completed compulsory education remained stable at 8%. Since this population group is decreasing, this stable figure reveals a choice of partner that is becoming increasingly selective.

The role of women

The increase of homogamy could partially be explained by the fact that young women in Switzerland are educated to the same level as men could in part explain the increase in homogamy. Indeed, the proportion of households where men have a higher level of education than their female partners fell from 28% in 1992 to 20% in 2014. At the same time, couples where the female partner is educated to a higher level than the male partner today account for 12% of all households, compared to 7% in 1992.

Unlike homogamy of education, which remains largely static throughout life, homogamy of income depends on the choice of partner and the way in which partners in a relationship decide to share the paid work and work in the home. Mothers reduce or interrupt their careers, and therefore their incomes, more often than men. Despite this, the research team showed that the earnings of both partners within couples are increasingly converging. Therefore, couples where the partners have similar incomes are those where the female partner has a higher level of education than the male partner.

Education is decisive as soon as couples meet

Alongside the essentially visible characteristics of a potential partner (finances, physical appearance, social status, etc.), the place where couples meet is unwittingly a decisive factor. The majority of couples are actually formed between pupils at school, colleagues in the workplace or from circles of mutual friends. In addition, the increase in homogamous couples can also be explained by the fact that society is in general becoming more inclined to pursue education to a higher level than in the past. The combined effect of raising the level of education and greater educational equality between the sexes has automatically led to a higher proportion of homogamous couples where both partners are well educated.

This research also highlights that the probability of living alone is associated with income and level of education, but in ways which differ according to gender. It shows that the categories most likely to live alone are men earning a low income and women with a high level of education. Overall, the proportion of men and women living alone has remained constant at approximately one fifth of all households (people aged 25-64 years).

Could homogamy be a cause of inequality?

Although it appears that choosing a similar partner leads to more stable relationships, this homogamy could at the same time be damaging for society as a whole. Researchers note this is because a society where the wealthy marry each other is more unequal than one where wealthy individuals marry low earners. Given that couples with a low level of education are increasing in number, they are now more segregated than during the 1990s. If we accept the premise that incomes increase as educational attainment rises, these less educated couples may represent a vulnerable group in Swiss society.

06.03.2019 > Employment after age thirty: education type has no bearing on prospects 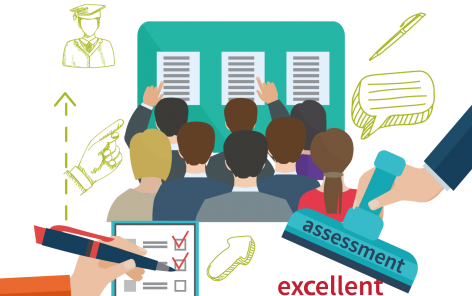 Employment after age thirty: education type has no bearing on prospects

In her doctoral thesis entitled “The labour market returns to vocational education over the life course”, successfully defended on 12 February at the University of Lausanne, Maïlys Korber shows that for workers who pursued vocational education, employment prospects remain just as positive during the second half of their career as for those with a general education (Baccalaureate), although differences in earnings begin to appear at the career mid-point.

The researcher’s thesis received the highest honours from the jury*, a panel including Prof. Thijs Bol from the Department of Sociology at the University of Amsterdam, who emphasised several strengths of the work. In particular, he described the questions underpinning the research as “significant and appropriate”, given that their principal objective was to understand, within a life course perspective, the labour market impact of holding vocational qualifications.

As Maïlys Korber explains, it is acknowledged that vocational education makes obtaining initial employment easier by providing workers with specific skills that can be readily applied in a given trade. However, while these types of qualifications may enable young people to find suitable work at the start of their careers, they can leave older workers vulnerable to technological change and updates in occupational structures.

On the other hand, individuals with general educational qualifications may find it more difficult to gain initial employment because their skills are non-specific. This said, they may have a greater ability to adapt to changes and developments because of their general skills, which are more flexible.

Influence of qualifications throughout the life course

The researcher explored this question in four chapters of empirical analysis – using a range of databases to examine the lifelong employment and earnings of individuals with vocational qualifications, and comparing the results with those of individuals with primarily general educational qualifications, as well as lower-level education. Her research focused on Switzerland, but also includes a comparison with the United Kingdom.

Prof. Bol highlighted a further strength of Maïlys Korber’s work, which was her use of a range of approaches to answer the questions posed in her research. She drew on data from the Swiss panel, a comparison between Switzerland and the UK, high-quality data from new labour market entrants, as well as data gathered in vignette form. Prof. Bol went as far as to call this a significant advantage of Korber’s thesis, noting his particular enthusiasm for the use of data from vignettes, which he described as a “truly innovative” technique in this field. He added that her study makes an “important contribution to this emerging area of sociological and economic research”, and expressed his certainty that the thesis would be selected for publication in a high-quality journal and receive the level of attention the work merits.