30.04.2018 > At the open days of the University of Lausanne, the NCCR LIVES will play with intersectionality 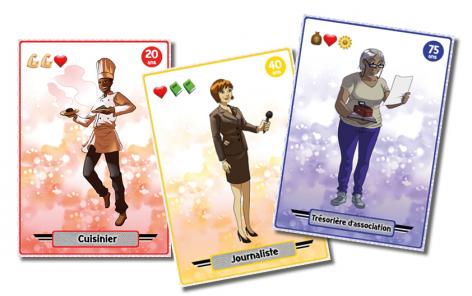 At the open days of the University of Lausanne, the NCCR LIVES will play with intersectionality

The 2018 edition of the "Mystères de l'UNIL" will take place from May 31 to June 3 on the Campus. The Swiss National Centre of Competence in Research LIVES will welcome visitors in a labyrinth, where they will play cards like Alice in Wonderland in a manga comic style to think about the cumulative aspects of gender, age, origin and social status.

Please read this news in French, as the event will not be in English.

26.04.2018 > How does young people's social network influence their professional aspirations? 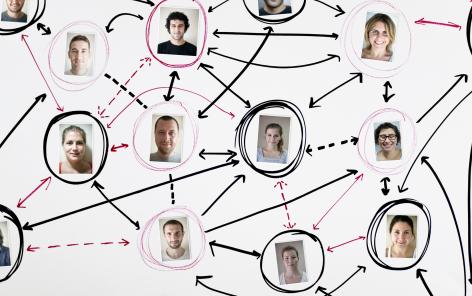 How does young people's social network influence their professional aspirations?

Under the leadership of Prof. Eric Widmer, a LIVES team has won the competition to conduct the Swiss Confederation's young adult survey (ch-x) in 2020-21. The first tests of the computerised questionnaire will take place from June 2018. The researchers aim to establish a national mapping of the social capital of young adults born at the beginning of the millennium, in relation to their physical health and their plans for the future.

Every two years, a new team of scientists is appointed to lead a survey of all Swiss young men who are called up for army conscription at the age of 19. The questionnaire is also submitted to 3,000 young women and foreign nationals of the same age, across the whole country, which helps to produce a comprehensive picture of this group. Each of these ch-x surveys deals with a different topic and is allocated following an open selection procedure.

The 2020-21 survey is a project proposed by Eric Widmer, Professor of Sociology at the University of Geneva and Co-Director of the Swiss National Centre of Competence in Research LIVES, in collaboration with Eva Nada, Marlène Sapin and Gil Viry, who won the competition. With the help of Eva Nada and Myriam Girardin, who are involved in setting up the project, the links between the social capital of those surveyed and their training and job choices will be scrutinised. The School of Social Work at the University of Applied Sciences and Arts in Geneva (HETS) will conduct the qualitative part of the project.

Where do young people see themselves in ten years? And how does their personal network influence these aspirations? Between June and September 2018, the questionnaire aiming to collect the data needed for the project will be tested on digital tablets by around a hundred conscripts. The entire survey must then be validated by the Scientific Committee and the members of the ch-x Commission.

When the real collection of data takes place on all survey subjects in 2020-21, the researchers will be able to use a unique set of materials to build up a mapping of the social networks of young people in Switzerland by incorporating gender, social origin and geographical location.

The research is particularly interested in comparing the effect of "bonding" networks, which are made up of people with strong connections to each other, and "bridging" networks, where the individual is surrounded by people who rarely interact with each other, if at all. A network that combines "bonding" and "bridging" aspects generally corresponds to a higher social capital, by mixing the solidarity of the group that creates the "bonding" type with the diversity of contacts and the autonomy that the "bridging" type offers.

Thus, an initial question is to discover which social factors are associated with this social capital. "The size of the ch-x sample allows us to specifically assess how the original social environment, the family structure, but also the place of residence and geographical mobility, generate very specific interpersonal integrations for young adults, which in turn generate different resources," outlines Eric Widmer.

Participants will be asked about the people - a maximum of fifteen - who have played a significant part in their life over the previous twelve months, whether they are family members, friends, school or professional acquaintances, or those who take part in the clubs, groups or associations of which they are a member. It will be specified that this role may be positive, where they provide support, advice and encouragement, but it may also be negative, when these people discourage them, prevent them from taking action, or annoy them.

The network can actually be a source of conflict, explains Eric Widmer: "We are working on the hypothesis that people showing a strong ambivalence towards those closest to them will have less ambitious professional aspirations due to the stress that this generates, which has a direct effect on mental health. But causality can also be the opposite, and weak aspirations could cause conflict."

A set of questions validated by previous research will deal with mental health, so that relationships between networks, mental states and professional aspirations can be analysed statistically. The team points out that the link between social capital, mental health, education and integration has not yet given rise to in-depth studies in Switzerland. 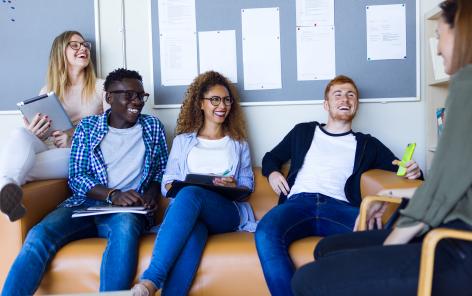 What happened fifteen years later to the young people who left compulsory schooling in 2000? A study by Thomas Meyer published in the series Social Change in Switzerland shows that at the age of 30 the vast majority of them is working and earning nearly 6000 Swiss francs per month. This article highlights the protective effect of higher education diplomas. However, inequalities between men and women still persist.

On the basis of data from the TREE longitudinal study (Transitions from Education to Employment), Thomas Meyer shows that transitions between school and labour have become longer since the beginning of the 21st century. These transitions are marked, for many young people in Switzerland, by important discontinuities, reorientations and gap years.

Almost half the examined cohort left the education system with a vocational training (apprenticeship) certificate; 40% obtained a tertiary diploma (university, university of applied sciences or higher vocational education) – twice as much as in the preceding generation; and 10% have remained without any kind of post-compulsory education.

The situation on the labour market at age 30 is generally good: the rate of occupational activity is high, unemployment is low, and the median monthly income reaches close to 6000 Swiss francs. While young people without post-compulsory are more significantly affected by precarious employment conditions compared to those who gained vocational training, both groups differ little in terms of unemployment rate and average salary.

In contrast, the holders of a tertiary degree earn on average 1000 Swiss francs more than those without higher education. Thus, while young people regardless of their level of qualification are very well integrated into the Swiss job market, workforce demand is particularly high – and so the wages – for those who achieved higher education.

Thomas Meyer underlines the extent to which gender, in combination with the family situation, continues to influence employment among people in their thirties. Whereas almost all young fathers work full-time, one in five young mothers leaves the job market and three out of four mothers work part-time. Last but not least, in terms of income wages, differences between men and women amount to 800 Swiss francs per month.