22.12.2017 > Innovative ways of studying the "secondos" and of combating stereotypes 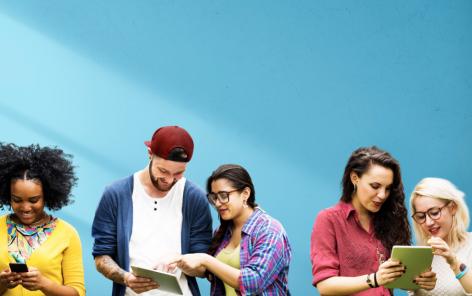 Innovative ways of studying the "secondos" and of combating stereotypes

A new book in the series Life Course Research and Social Policies has just been published by Springer. This seventh volume, which was edited by three members of the National Centre of Competence in Research LIVES, emphasises the importance of the methodology for research into second-generation migrants. Its thirteen chapters focussing on the life course approach reveal that rigorous characterisation of the groups of migrants and a considered choice of the comparative benchmarks are essential for studying these populations, which are particularly exposed to generalisations and discrimination.

Switzerland is a country with a high level of immigration. People from a wide range of backgrounds and social classes have been arriving there for generations. In the Lake Geneva region, if we take into account the nationality of the parents or the grandparents, 40% of the population is of foreign origin. What happens to the "secondos" is therefore of fundamental interest: "Their future is influenced bythe way in which first-generation migrants are received”, says Claudio Bolzman, professor at the Geneva School of Social Work (HETS / HES-SO), who edited this publication along with Laura Bernardi and Jean-Marie Le Goff, from the University of Lausanne.

The second generations represent prime populations for research into integration. They can be studied longitudinally — observations repeated on the same sample of people over a long period of time —, both retrospectively, by looking at the life courses of parents or grandparents from the countries of origin and by tracking the trajectories of their children and grandchildren in the host country. However, despite the numerical importance of the second generations, researchers at the NCCR LIVES found that existing studies often relied on incomplete descriptions and inappropriate methodological structures.

Defining what and who we are talking about

The methodology is crucial in order to study the secondos in a systematic way, as they are often victims of the most persistent stereotyping. Claudio Bolzman is critical of the fact that we never really know what or who we are talking about, let alone what we are comparing: "The French media, for example, tend to say that people of Maghrebi origin do not integrate well, but forget to mention all those who succeed." The book proposes tools for monitoring and understanding these populations in the Swiss context, but also in the European, African and North American contexts. All the methods described in this book can in fact be applied to other migration contexts.

In order to study the second generation of migrants properly, the authors argue that the characteristics of the populations to be studied must first be adequately pre-defined. Claudio Bolzman notes that "studies tend to focus on national origins, whereas much more in-depth work needs to be done". The social role, the local integration into a neighbourhood or the generation concerned are crucial factors. In addition, the criteria for comparison are important. "We have to define what we are comparing in order to find out why, within the same group, some succeed and others do not", he says.

Comparing what is comparable

In order to understand the turning points, these transitions that tip life in one direction or another, the chapter by Andrés Guarin and Emmanuel Rousseaux identifies for instance the factors that influence unemployment and access to the labour market for secondos of different origins in Switzerland. It is based on a longitudinal approach, combined with the use of data mining, an analysis technique derived from the basic sciences, to develop and control the variables.

As people from a migrant background are under-represented in positions requiring high-level qualifications, as well as in lower-skilled jobs, Guarin and Rousseaux have concluded that it is inappropriate to compare the second-generation immigrants with the Swiss population as a whole, since they do not fit into the same social categories. Therefore, they have compared their second-generation cohort to people belonging to the same socio-professional categories. By using this approach, the researchers have been able to show that the level of education of the parents has a huge influence on the likelihood of the children either being unemployed or succeeding professionally. Their article also emphasises that prejudices about national or ethnic origins hinder access to the labour market.

Combining quantitative and qualitative methods of analysis makes it possible to obtain clearer and more detailed overviews of situations. Andrés Gomensoro and Raúl Burgos Paredes therefore propose to use the “life calendar” tool, cross-referenced with a personalised interview, to combine quantitative factual information with qualitative subjective information, and thus "to bring out social phenomena not identified by statistical analyses” explains Claudio Bolzman.

These two approaches are tested on the transition to adulthood of Albanian-speaking immigrants, one of the most stigmatised populations in Switzerland, for whom access to employment remains problematic. The authors have tried to identify what made the difference in this population and noted that in most of the successful cases, certain social or institutional resources were present: a teacher who was more involved than the others, influential people in the network of family or friends, the way a neighbourhood operated or particular cantonal provisions.

Taking account of the transnational character of society is another methodological aspect that is particularly relevant. Indeed, societies are still too often defined in terms of the State, that is, in relation to the domestic political and institutional context of the country; while nowadays many people construct their lives on both sides of the borders, having relatives abroad or merely by using the Internet.

Moreover, current international events have repercussions on the lives of populations at a local level. Societies have become globalised or highly internationalised, and their formal boundaries no longer coincide with people's real lives. In this respect, the chapter by Marina Richter and Michael Nollert shows that the children of Spanish migrants are in close contact with their networks outside the host country. For their part, Peggy Levitt, Kristen Lucken and Melissa Barnett show that young Indian people in the United States reinvent the Hindu or Muslim religions using Indian references but reinterpreted with an American slant.

Pathways for the future

Bolzman, Bernardi and Le Goff conclude their work by suggesting possible pathways for future research and make several recommendations. They recall the importance of properly identifying the populations to be studied and not focussing solely on those that are marginalised, in order to identify the factors conducive to success. The authors call for studies that do not stop at the beginning of adult life, but which take account of the whole of the life course, including transitions, inter-generational relationships and transnational aspects, and by putting the emphasis on a comparative approach. 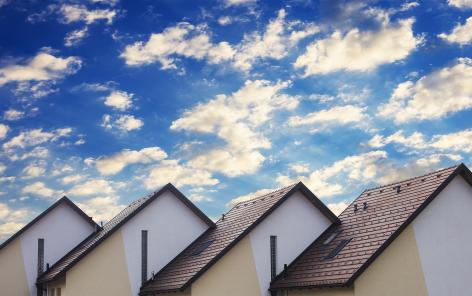 The Swiss middle class is not in decline, it is growing fast

The middle class in Switzerland is not shrinking. Unlike in Anglo-Saxon countries, the labour market did not become polarised in Switzerland during the 1990s and 2000s. The 12th issue of the Social Change in Switzerland journal shows that employment has indeed increased in highly-qualified professions and reduced in low-skilled jobs.

Observers of the digital revolution fear that automation threatens a number of skilled professions. Employment would then only increase at the margins - in well-paid intellectual professions and poorly-paid personal service jobs. This would result in the collapse of the middle class.

In a new study, Daniel Oesch and Emily Murphy refute this theory. Using population censuses from 1970 to 2010, they show that in each decade employment grew most in the highest-paid professions and notably decreased in lower-paid jobs, except during the real estate boom of the 1980s.

This improvement in the employment structure can be explained by the increase in the salaried middle class, supported by a significant expansion of educational attainments. Between 1991 and 2016, executives, managers and other experts increased from 34% to 48% of the working population while the amount of production workers fell from 23% to 16%, and assistant office workers decreased from 17% to 8%.

Only one working class category has grown since 1991: workers in the personal services sector, which grew from 13% to 15%. However, this increase has not been significant enough to compensate for the jobs lost in the agricultural, industrial and back-office sectors. Consequently, technological progress has not diminished the middle class, but has led to a fall in the number of industrial workers and low-skilled administrative staff.