30.10.2017 > Swiss demographers at the International Population Conference in Cape Town 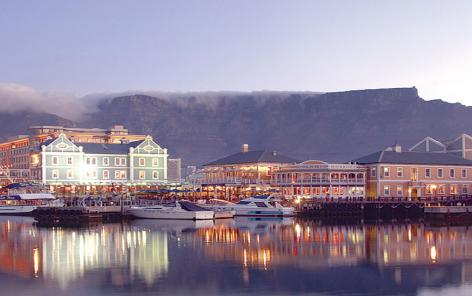 Swiss demographers at the International Population Conference in Cape Town

A group of LIVES members are in South Africa from 29 October to 4 November 2017 to present their researches on life course issues like family, migration, health, ageing, etc. The IPC 2017 Conference draws over 2,000 scientists, policy makers and practitioners in the global population community.

The programme of the 28th International Population Conference of the International Union for the Scientific Study of Population (IUSSP) in Cape Town, South Africa, is huge. The Swiss National Centre of Competence in Research LIVES is proud of having at least seven of its researchers involved, some of them still PhD candidates, others more seasoned scholars.

Prof. Michel Oris, vice-rector of the University of Geneva and a member of the IP213, organised two sessions, one on “Social inequalities in health at older ages: Life course perspectives”, the other one on “The construction of socioeconomic and gender inequalities in health and mortality in old age”. Prof. Claudine Sauvain-Dugerdil, a professor of demography at the University of Geneva participating in IP208, also organised two sessions, one on “Later life through a gender lens”, the other one on “Gendered ageing”.

Two female professors, prominently active in the NCCR LIVES, are very visible at the conference. Prof. Clémentine Rossier, head of IP208 at the University of Geneva, organised a session on “Sexual and reproductive needs in mid- and later life”, and will present two papers and two posters - either as main or second author. She will notably present a study on “Couples with children in Switzerland: impact of gender attitudes and practices on well-being”1.

Prof. Laura Bernardi, deputy director of the NCCR LIVES at the University of Lausanne, will present three papers, one poster and participate in a session about publishing in peer-reviewed journals. Conducted with Gina Potarca, one study addresses “The (un)healthy immigrant effect. The role of legal status and naturalization timing”, where they show that legal status has a significant influence on the health disparities between Swiss natives and immigrants. Another paper addresses “Gender spillover effects on satisfaction with different life domains during the transition to parenthood”, showing that women experience more vulnerability and decrease in leisure satisfaction than men after the birth of their new-born child(ren)2. There is also a presentation on the “Changing pathways of lone parents in Europe”, together with Dimitri Mortelmans from the University of Antwerp and Ornella Larenza, a PhD student within LIVES at the University of Lausanne.

Three young researchers are expected to present their research during paper or poster sessions: Adrien Remund, who got his PhD in 2015 at the University of Geneva3, will speak about methodology “On partitioning deaths”; Marie Baeriswyl, who got her PhD in 2016 also at the University of Geneva4, about “Gendered ageing”, and Julia Sauter, still a PhD candidate in the same university, will present her poster on “The association of leisure activities and cognitive functioning in old age: The role of social capital”.

The session called “All you want to know about publishing in a peer-reviewed journal” will allow Laura Bernardi to present Advances in Life Course Research, of which she is the co-editor in chief since last spring. This journal is devoted to the interdisciplinary study of human life course and welcomes empirical analyses, theoretical contributions, methodological studies and reviews. 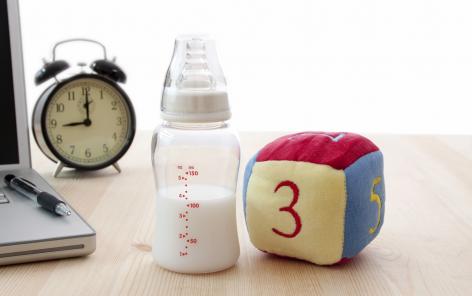 In Switzerland, the share of working mothers has tripled since the 1980s

The 10th edition of the series Social Change in Switzerland focuses on the changes in the professional activity of mothers of pre-school children over the last four decades. The article by Francesco Giudici and Reto Schumacher analyses the situation of these women according to their individual characteristics, such as number of children, level of education, nationality and marital status. It shows that part-time work has become commonplace, while the housewife model, which was still the most widespread choice in the 1980s, is now much less popular.

In their article about "Working mothers in Switzerland: evolution and individual-level variables", which is published in French and German, Francesco Giudici and Reto Schumacher base their study on federal censuses of the population carried out in 1980, 1990 and 2000 as well as the structural survey 2010-2014. They show that the presence in the labour market of mothers in a couple with a child under 4 years old has almost tripled since 1980, with significant regional and sociodemographic differences. The francophone cantons have seen the biggest increases. The canton of Valais, for example, has seen the number of young mothers in work rise from 18% in 1980 to 69% in 2010-2014.

Four individual-level variables were examined. Firstly, the size of the family: nowadays, the more children a mother has, the less she works. In the past, the small proportion of women who worked were much less affected by the number of children they had. Next came the level of education: women who have been through tertiary education are more likely to work, as was also the case back in the 1980s. However, the differences in professional engagement depending on socio-educational levels have tended to reduce, apart from among women who are less qualified than their partner. For these two factors - family size and educational level - the authors believe that the cost-benefit assessment of childcare services, which have become more common, plays an important role in the decision whether to work or not.

Other individual-level variables: nationality and marital status. Francesco Giudici and Reto Schumacher have noted a reversal between the numbers of working mothers who are Swiss and those who are foreign: in the 1980s, Swiss mothers in a couple with a child under 4 years old worked much less than foreign mothers in the same situation. However, nowadays, foreign mothers are proportionally less likely to be in the labour market. According to the authors, "although it is possible that the changes in the foreign population in terms of nationality has played a role, it may also show the end of the bourgeois family model among Swiss couples". This increased equality within couples can also be seen when comparing the professional situations of married and unmarried women: mothers living in a common-law partnership work more than married women, but the different has significantly reduced, falling from over 50% in 1990 to less than 10% in 2010-2014.

11.10.2017 > LIVES Award for early scholars is granted to a paper on school to work transitions

The winner of the "LIVES Best Paper Award for Early Scholars" is Dr. Christian Brzinsky-Fay from WZB Berlin. He received a prize of 2000 Euros on October 11, 2017 at the opening of the annual conference of the Society for Longitudinal and Life Course Studies (SLLS) in Stirling. His article, published in Research in Social Stratification and Mobility, shows that vocational education and training (VET) systems, common in Germany and Switzerland, facilitate occupational attainments across cohorts under different labour market conditions. However, gender inequalities come to light. 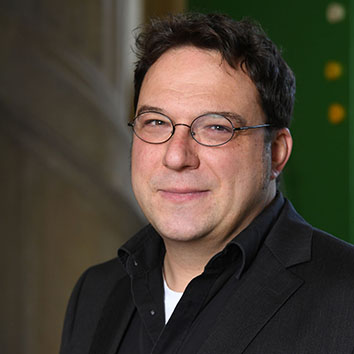 Christian Brzinsky-Fay’s research addresses school to work transitions (STWT) of five cohorts of German residents born between 1948 and 1977. He notably questions non-linear transitions, when there is no direct entry into the labour market after education or several different activity statuses before occupation. Born in 1972, he went back to university when he was 25 years old and obtained his PhD at age 39. Is there a relationship between his own life course and his research topic?

Absolutely, he confirms: “The time between my Abitur (high school degree) and age 25 was indeed filled by a couple of different 'activity statuses', such as freelance work (private tutor, telephone interviewing), studying (trial run: chemistry, biology), company work (Siemens). Despite its lack of sustainability and drifting character, this period was for me a very important time, because it allowed me to learn a lot of informal qualifications and soft skills. In this respect, I think that my interest in STWT is partly a result of my own experiences.”

His personal trajectory allowed him to contest for the LIVES Best Paper Award for Early Scholars, aimed at researchers who received their doctoral degree less than seven years ago. 55 articles, originating from 15 countries, were submitted for this second edition of the award, only two by LIVES members or former members, in what happened to be a very tight competition. Christian Brzinsky-Fay’s finally won the best scores for the topicality of his research in the life course perspective and its high scientific relevance, as well as for his mastery of methods.

Using data from the German National Education Panel Study's adult survey (NEPS) and the innovative method of sequence analysis, Christian Brzinsky-Fay looks at entries into the job market not as isolated events, but as patterns of trajectories. He observes differences inter and intra cohorts, all marked by the educational expansion that followed World War II, and subject to varying macroeconomic conditions. This approach allows him to test whether the VET system, usually considered as leading to less unemployment for young adults, is correlated to less instability and better professional integration at any period, even during the less favourable ones in terms of job prospects.

Results show that the proportion of young people experiencing smooth transition patterns increased over the cohorts, largely due to the rising attendance of secondary school before apprenticeship. Although they were the largest and met the poorest labour market conditions at the end of compulsory schooling, the 1965 and 1970 cohorts showed the lowest rate of non-linear school to work transitions. The instability cluster, while decreasing, was however marked by more activity statuses, indicating a higher degree of non-linearity among the “unstable” minority.  All in all, 13% of men and 25% of women were concerned by a high number of activity statuses across all the cohorts, 44% of them holders of a high school diploma.

One originality of Christian Brzinsky-Fay’s paper is to consider not only the first entry into the job market, but the situation of all individuals at age 30. This enables him to see whether the different types of trajectories have a sustainable repercussion on the job situation, once what is considered as the regular age of adulthood is reached. The finding is that men nowadays succeed in compensating the usually longer duration of their education and display important rates of upward mobility: for the youngest cohorts, there is in fact no postponement of the male occupational and socioeconomic attainments compared to the 1950 cohort. For highly educated women, however, once entered into regular adulthood, the situation is far less favourable, as they have the higher risk of not reaching positions which they would deserve according to their degree level. Upward mobility between first occupation and age 30 is much flatter for women across all cohorts.

Christian Brzinsky-Fay concludes by calling for “greater attention to gender differences”. His analysis nevertheless shows clearly “the merit of vocationally oriented upper secondary school systems”. He may yet be proud of having pursued his own education further. Our sincere congratulations for his award on such an important topic of life course studies!