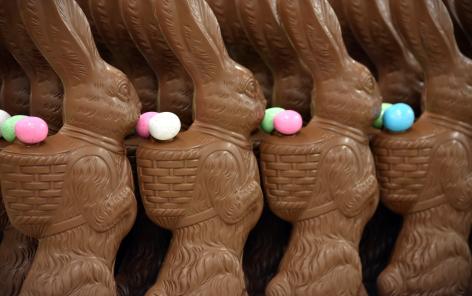 In Switzerland, hours of work per person have dropped since 1950, but productivity did not slow down

The five-day work week, an increase in paid leave and the rise of part-time jobs are all factors that have considerably reduced the number of hours people in Switzerland spend working, according to a study by Michael Siegenthaler published in the series Social Change in Switzerland. Siegenthaler's analysis shows that, contrary to popular belief, working people in Switzerland do not work much more on average than people in other industrialised countries. However, this study finds that productivity growth in Switzerland is higher than previous studies suggest, since they lacked chronological data.

In the mid-20th century an economically active person worked almost 2,400 hours per year, on average, whereas the average annual volume of work in 2015 was barely 1,500 hours per person. By taking advantage of records that had not been used until now, the KOF Swiss Economic Institute was able to reconstruct the average numbers of hours worked in the various sectors of the Swiss economy since 1950. This data shows that in agriculture, construction and the hotel and restaurant sectors, it was not unusual to work more than 50 hours per week back then. The number of hours worked per week and per year has since fallen. This is due to fewer business days, more leave and an increase in part-time jobs, explains Michael Siegenthaler in his article " Vom Nachkriegsboom zum Jobwunder – der starke Rückgang der Arbeitszeit in der Schweiz seit 1950" ("From the post-war boom to the employment miracle – the sharp decrease in working hours in Switzerland since 1950").

This study, published in the 9th issue of Social Change in Switzerland, also allows for an international comparison. It shows that Austria and the United States have higher annual working times nowadays, whereas in the 1950s Switzerland far surpassed them in terms of the number of hours worked per active person. What is even more surprising is that the decrease in Switzerland in time spent working has followed the same trajectory as in France and Germany. Our French neighbours enjoy a 35-hour work week, whereas a full-time job in Switzerland is 42 hours. However, this is offset by the fact that 60% of women here work part-time – a practice that is much less common in France.

Finally, the study questions previous claims that Switzerland had seen delayed growth compared with other countries since the 1980s. According to Michael Siegenthaler, the chronological data used up until now was inconsistent in terms of hours worked, which led to the volume of work being overestimated. As a result, the increase in Swiss productivity had been underestimated. In actual fact, productivity growth in Switzerland has remained more or less stable and compares very favourably with large industrialised nations. 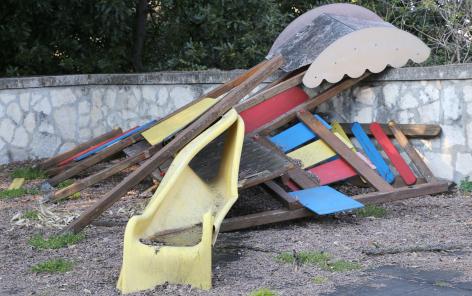 The second 'Assises de la famille' ('Symposium on the Family'), supported by the National Centre of Competence in Research LIVES, took place in Geneva on 13 June 2017. It was held under the auspices of the organisation 'Avenir Familles' ('Future for Families'), which is made up of people working in different public and private institutions that provide mutual aid, and in research. The topic under discussion was the non-take up of social benefits for families, a phenomenon which attracts far less media coverage than the abuse of social welfare, but which causes many problems, both in the short and long term.

Guess where the Geneva State Council member Mauro Poggia, responsible for employment, social affairs and health, recently said that "the risk of poverty increases with the number of children and for single-parent families"? That was during the 'Assises de la famille' ('Symposium on the Family'), which took place on Tuesday 13 June at the University of Geneva in the presence of almost one hundred representatives from non-governmental organisations, public bodies and universities. The Geneva magistrate, who gave his speech before the series of lectures and workshops began, said that Geneva was "often ahead of" and "more generous" than other cantons when it comes to family policy.

Referring to the 66% increase over three years in supplementary family benefits ('PCFam'), which went from CHF 11.7 million to CHF 19.5 million between 2013 and 2016 and affected 1,380 families at that point, Poggia added that "associations do more than the state – and they do it better and for a lower cost". The proof is the equally spectacular rise in demand for food parcels from the organisation Cartons du Cœur, he stressed. Because although a segment of families are helped by state benefits, many are not. In this respect, "the risk of expulsion for those with B residence permits who apply for social welfare is a worrying situation and a consequence of highly damaging case law", declared the magistrate.

What prevents families from getting benefits?

The topic of the symposium was thus introduced. This year it was entitled 'Les vulnérabilités psychiques et sociales des familles: quelles barrières aux prestations?' ('The psychological and social vulnerability of families: what are the barriers to social benefits?'). The aim of the 2017 event was to address the non-take up of benefits – a phenomenon that receives far less media coverage than the issue of those who do claim benefits. Indeed, while the rising consumption and costs of social benefits regularly make the headlines, few people speak out about the fact that there are families living in hardship in one of the richest cities in the world. This symposium was significant because it tackled this issue.

Apartments with five rooms shared by four families, unscrupulous landlords sub-letting derelict properties, recently separated fathers sleeping in their cars, dental care put off indefinitely, and even serious medical treatment avoided because insurance excesses are too high: the examples of precarious situations observed by the symposium's participants in their everyday work revealed a different version of social reality in Geneva. It is difficult to quantify all this because it is not included in the official statistics, but it is still happening.

Times of transition are critical

The lectures in the morning focused on identifying the mechanisms that prevent individuals and families from claiming benefits. Prof. Claudine Burton-Jeangros, a health sociologist at the University of Geneva, cited an ongoing study at the 'Observatoire des familles' ('Observatory on Families'). She began by pointing out that people can be extremely vulnerable when going through transitions in life, such as coming of age, having a child, getting divorced or separating, retiring or emigrating. For this reason, social and family policies should pay particular attention to these times of transition.

On the topic of marital problems, her colleague Eric Widmer, also a sociology professor in Geneva, drew results from a large-scale longitudinal survey of contemporary couples and showed that the extent to which people make use of couples' therapy differs according to cultural, financial and social resources. "In certain environments it is not an obvious thing to do, because there's a belief that you shouldn't talk about problems in a relationship or in the family... There is a massive problem there of non-take up, which puts many couples and their children at risk – particularly in the case of high-conflict separations", stressed Widmer.

The research carried out by these two researchers falls within the scope of the National Centre of Competence in Research LIVES (NCCR LIVES), where vulnerability is studied as a multidimensional process that affects all areas of life and all resources, be they economic, social, cultural, physical, psychological or institutional. Vulnerability also manifests at various different levels, involving individuals, their families and social networks, and – more generally – their communities. This is why the question of norms is key: who has the right to what, legally – and, above all, who dares to demand what, morally? Ultimately, vulnerability should be considered in the context of the point in time at which it manifests, at the individual and historical level. For example, receiving a harsh but accidental blow is not the same as having to endure poverty for several generations. The effects are not the same, and the responses differ from one era to another, but sometimes they share the same causes. At what point then, with what means and for how long should institutional support be offered to vulnerable people?

Several speakers, such as Prof. Barbara Lucas from the Haute-école de travail social (School of Social Work) in Geneva and Héléna Revil from ODENORE, the 'Observatoire des non-recours aux droits et services' ('Observatory on Non-Take Up of Social Rights and Public Services') in Grenoble, provided explanations for the fact that individuals often refrain from seeking help. They include lack of information, administrative barriers, psychological problems or fear of the consequences, but above all it is the very significant values of autonomy and responsibility, as well as the fear of stigmatisation, that really prevent people from claiming benefits to which they have a legitimate right. This has very serious consequences for society, affecting health, family, school, professional life, social life and even politics – when the feeling of exclusion leads to political or religious extremism.

In this context, Prof Jacques Besson warned: "Not treating the patients is what costs the most." An addiction specialist at Lausanne University Hospital, he compared – in a rather provocative way – the price of a stay in prison with that of outpatient psychological treatment. After having provided several portraits of drug addicts and described their family, social and professional backgrounds, he stressed that "a family under stress is a family vulnerable to addictions".

In the afternoon, during one of the four workshops, a participant who worked in marital counselling and family therapy said: "This morning I gained a better understanding of the people who come to us for advice." These workshops highlighted the importance of cooperating as part of a network and revealed the great extent of the needs of vulnerable families. These needs are not always expressed in the right place, at the right time or towards the right person. But every gesture counts. And perhaps this symposium was also helpful in this respect – by drawing attention to the issue.

"It was a thought-provoking event, and it helped to improve understanding of the vulnerability of families in Geneva and the solutions that need to be developed", said Eric Widmer, summing up the event. He also announced that another symposium was already scheduled for next year. It will probably focus on family vulnerability among the elderly and very elderly.