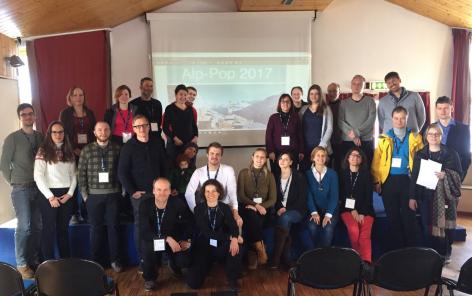 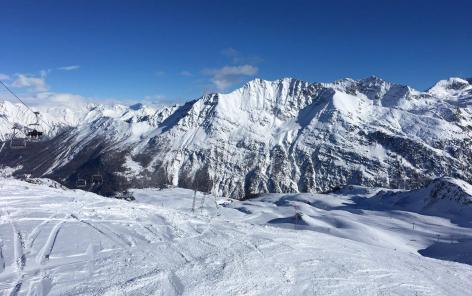 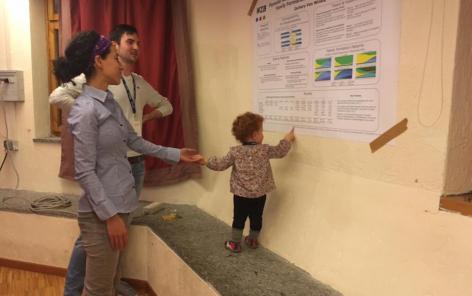 Delights of Alp-Pop 2017: Health, Family, and Gender issues, with some snow frosting on the top

Thirty-five scholars participated in the 7th Alpine Population International Conference (Alp-Pop 2017) in La Thuile (Aosta Valley, Italy) jointly organised from January 15 to 18, 2017 by the Dondena Centre for Research on Social Dynamics of Università Bocconi and the Swiss National Centre of Competence in Research LIVES of the universities of Lausanne and Geneva. The meeting was a great success thanks to the scientific quality of the presentations and the generous, sunny, snowy but also freezing weather.

What a better environment to talk about family issues than a conference where you can bring your children! This year at Alp-Pop, 5 toddlers and young children were being taken care of during the sessions, which gathered participants from several countries including Germany, the United States, Sweden, Finland, France, Israel, and of course Italy and Switzerland, home of the host research centres. The organisers were Prof. Arnstein Aassve and Dr. Massimo Anelli, from Bocconi Università, and Prof. Laura Bernardi and Dr. Gina Potarca, from the University of Lausanne.

The design of the Alpine Population International Conference is to get together social science scientists specialising in demography, economics and the life course in an informal setting mixing paper and poster presentations with winter sport activities, alternatively in Northern Italy and the Swiss Alps. After Villars-sur-Ollon (CH) last year, this issue happened at La Thuile in Italy. Snow had just fallen on the eve, and sun added a special touch of magic over the three days of the conference.

On Sunday evening, Prof. Hans-Peter Kohler from the University of Pennsylvania gave the first “ski-note” talk on global family change. He presented a project he is conducting with the University of Oxford and the Università Bocconi to provide “a quantum leap” in understanding how and why family systems change with economic and demographic developments. “Family is the neglected dimension in understanding global population dynamics,” he said. The project is notably developing public-use database on global family change, integrating available information from existing surveys and many newly developed and standardised indicators such as the timing of the first sexual intercourse, human capital lost due to early marriage or fertility, time spent as provider or recipient of financial and non financial transfers, etc.

This large study aims at addressing to which extent global family change impedes or facilitates accomplishment of the United Nations Sustainable Development Goals. First results show evidence of a global convergence in cohabitation practices among populations, as well as convergence in the timing of first marriage and first sexual intercourse. No strong evidence of convergence was observed though in fertility, but there are global patterns of delayed transitions to adulthood.

Prof. Alberto Palloni from the University of Wisconsin-Madison gave the second “ski-note” on Monday 16 January. He reviewed biological theories that link early growth and development with adult delayed effects on chronic illness and mortality, and formulated a new model to represent these pathways and their effects on adult health and mortality. This model could predict a slowdown in life expectancy, that contrasts with current explanations given to observed trends in this direction: while gains of life expectancy at age 60 during the years 1980 to 2000 have been of the order of 8 years, projected gains until 2050 could be of the order of 5 years.

Several reknowned scholars presented counterintuitive and fascinating results. For instance Marika Jalovaara (University of Turku) showed that in Finland, a country known for its gender equality and work-life balance high standards, single men aged 39 earn less than same age partnered men, but still as much as the most earning women of the same age with the highest family patterns. Having children thus seemed favourable to men’s careers but clearly detrimental to women’s.

Also looking at the Finnish context, Jani Erola (University of Turku) presented a study that focused on the link between timing of parental death and children’s university education. The results indicated that, the younger the children at the time of losing their parent are, the more negative the effect is, particularly among the highly educated.

Mattia Oliviero (University of Trento) shared the findings of a cross-national study looking at the fertility behaviour of European internal migrants, highlighting the impact of cultural and institutional factors, as well as their interaction. He could demonstrate for example that traditional values influence fertility only in countries with low family policy expenditure.

"The exchanges were lively, regular participants and new comers showed lots of interest. Snow and sun also played their parts!," commented Prof. Laura Bernardi at the end of the meeting. Next one should take place in 2018.