20.12.2016 > Keeping in touch with former colleagues is a good strategy to get out of unemployment 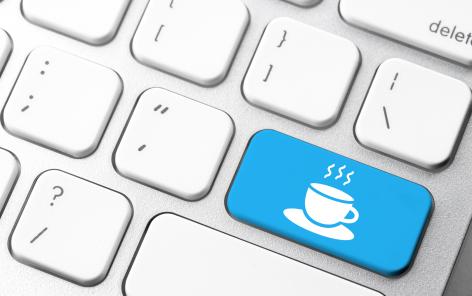 Drawing on the unique and particularly rich data from the SOCNET survey on job seekers in the Canton of Vaud, Anna von Ow graduated with a PhD on December 13, 2016, at the University of Lausanne. Her doctoral thesis shows that it is more efficient and cost-effective to seek employment through professional networks than through private contacts without occupational similarities. Activating solely family or friendship ties can also lead to a job position, but less often, more slowly and at greater risk of lower wages.

Fear of unemployment is one of the Swiss people’s major concerns, as polls show year after year, despite a particularly high employment rate. Yet few studies have addressed the best ways of finding work, since exhaustive data on job seekers are rare, even in more affected countries. However, the SOCNET survey is filling this gap. Undertaken within the Swiss National Centre of Competence in Research LIVES in collaboration with the State Secretariat for Economic Affairs (SECO), this thorough study on unemployed people has resulted in two PhD dissertations: in 2015 Nicolas Turtschi’s work and most recently Anna von Ow’s thesis, defended at the University of Lausanne under Prof. Daniel Oesch’s supervision.

In the framework of the IP204 project, the team had access in early 2012 to all the new beneficiaries of the Regional Employment Offices of the Canton of Vaud. Almost 2000 people agreed to respond to the entire survey until 2013, which consisted in a series of questionnaires aiming, among others, to see who could find a job, through which means, in how much time and at what wages. The great strength of this survey rests on in its heterogeneous sample in terms of profiles within the same institutional context and macro-economic conditions. It is also supplemented with administrative data.

Anna von Ow concentrated her analysis on the social capital of the job seekers. She differentiated between “work ties”, meaning network of former co-workers, other occupational acquaintances and relatives sharing job characteristics, and “communal ties”, expressing other types of relationships, including family members or friends who do not share occupational characteristics. The focus was on the availability, the mobilisation and the usefulness of those different social resources to find a job.

The dissertation of Anna von Ow integrated distinctive theories regarding social capital, social networks and the life course. She could confirm the importance of interpersonal relationships for finding work, and showed the predominant influence of work ties compared to communal ties. In the SOCNET sample, more than 40% of job seekers found a job thanks to an information from a network member, which in three of the four cases was actually a work tie. Getting out of unemployment took an average of 25 weeks through a work tie versus 33 weeks via a communal tie. Income difference was even more significant: finding a job through a communal tie was associated with a monthly loss of 289 Swiss francs on average compared to the previously earned salary, whereas those who benefited from a work tie saw an increase of 254 Swiss francs on average.

Anna von Ow argues that communal ties “act as the job access channel of last resort”, which do not guarantee the best match between the actual skills of the job seeker and the employment found. She also demonstrates the cumulative aspect of inequalities: people who have less cultural resources in terms of education are also the ones who benefit less from useful social resources to find employment, namely work ties, and who show less agency to mobilise these resources. When the first information on the new job came from a communal tie, men and highly educated participants were less disadvantaged than women and low skilled persons, as far as unemployment duration was concerned.

Analysis also showed that young people, at the onset of their occupational path, earned more when they found a job through a non-network channel, like answering to an announcement on the Internet or making a spontaneous application. It was observed that work ties are especially beneficial to middle-aged adults between 45 and 54 years old, at the pinnacle of their career; work ties also served foreigners better, while natives appear to find positions more easily via traditional channels like ads or spontaneous candidatures. However, the situation of European and non-European nationals differs, also according to their levels of education. Anna von Ow went into many details and conducted multiple analyses to get as much as she could out of the sample.

She concludes that the most vulnerable job seekers ought to be supported in order to help them build and activate their network, with an accent on work ties, and this especially for people aged 55+ and from low skilled backgrounds. She advocates the creation of mentoring programmes to assist unemployed persons who do not possess strong work ties.

Anna von Ow’s dissertation received the jury’s compliments at its defence on December 13, 2016, at the University of Lausanne. The level of detail exceeded what usually can be expected from such research, several experts stated. They also saw an interest in potential policy applications and underlined the great quality of data, which are now available to the research community thanks to Anna von Ow’s extremely meticulous clean-up work.

>> Anna von Ow (2016). Finding a job through social ties. A survey study on unemployed job seekers. Under the supervision of Daniel Oesch. University of Lausanne. 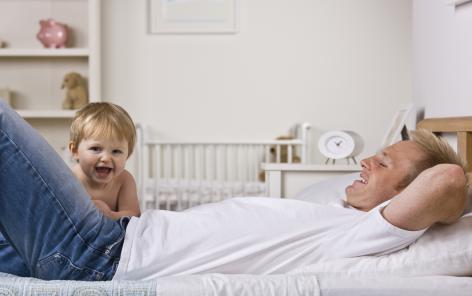 This book portrays men’s experiences of home alone leave and how it affects their lives and family gender roles in different policy contexts and explores how this unique parental leave design is implemented in these contrasting policy regimes. Edited by Margaret O'Brien from UCL Institute of Education and Karin Wall from ICS - Instituto de Ciências Sociais da Universidade de Lisboa, the publication also contains a chapter by our former PhD student Isabel Valarino on the situation in Switzerland.

Drawing on empirical data from in-depth interviews with fathers across eleven countries, Comparative Perspectives on Work-Life Balance and Gender Equality shows that the experiences and social processes associated with fathers’ home alone leave involve a diversity of trends, revealing both innovations and absence of change, including pluralization as well as the constraining influence of policy, gender, and social context.

As a theoretical and empirical book it raises important issues on modernization of the life course and the family in contemporary societies. The book will be of particular interest to scholars in comparing western societies and welfare states as well as to scholars seeking to understand changing work-life policies and family life in societies with different social and historical pathways.

The Swiss National Centre of Competence in Research LIVES is happy that the publication includes a chapter by Isabel Valarino, entitled "Fathers on Leave Alone in Switzerland: Agents of Social Change?", drawing on research she initiated for her PhD thesis within LIVES and is now continuing.

That is the 6th volume of the NCCR LIVES edited Springer Series on Life Course Research and Social Policies, and it is now available in open access.