24.11.2016 > There are historical reasons for the lack of women in leadership positions in large Swiss companies 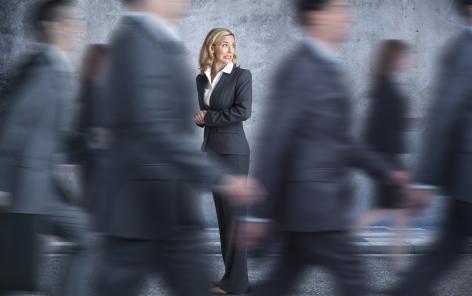 Long excluded from political life in Switzerland, women have only recently gained positions of power in the economy and are still very much in the minority when it comes to boardrooms and executive positions in large companies. For the seventh issue of the series Social Change in Switzerland, Stéphanie Ginalski looks back over history and describes how the current inequality has been socially constructed.

When compared to other European countries, Switzerland looks like the dunce standing in the corner when it comes to gender equality, even in relation to the elites. Statistics show that boards of directors in the largest Swiss companies have an average of only 13.9% women, less than in Spain or Italy, and almost three times fewer than in Norway! In her article "Women in leadership positions in large Swiss companies: an historical analysis of gender inequalities", published in French and German, Stéphanie Ginalski, a lecturer and researcher at the University of Lausanne, retraces the steps of the difficult and laborious rise of women within the Swiss economic oligarchy.

Until the early 1970s, Swiss women had neither the right to vote nor to stand in federal elections. This considerable delay when compared to other European countries still reverberates today in relation to the place of women in the economy, as the feminist struggle was monopolised by the voting issue, to the exclusion of other inequality issues. Up until that time, the very few women in leadership positions in companies were there for family reasons, and boardrooms were almost exclusively male bastions, based on a concept of co-optation where class and military rank were the important factors.

Having obtained the right to vote and to stand, some women began to break into the economic networks, mainly in the retail/mass distribution sector, where playing the "female card" was supposed to ensure a better fit between the strategy and the expectations of a predominantly female clientele. But it was only from the late 20th century onwards, with the advent of economic globalisation, that the proportion of women leaders really began to grow in the country's large corporations.

Today, it is mainly in public companies on the one hand, and in multinationals on the other that we see a genuine effort to improve the representation of women in the boardroom. The progress is due to the clearly indicated will of management to provide more male/female equality in the first instance, and more diversity in the second. But the debate about quotas, which would allow Switzerland to catch up, is still quite controversial at present and gives rise to significant opposition from economic circles. 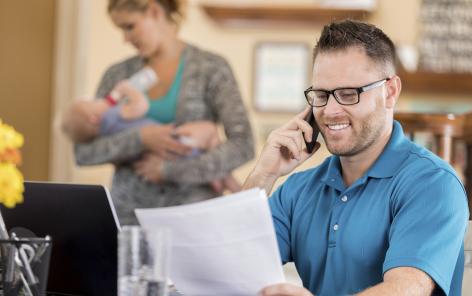 When a child arrives, many couples manifest incoherence between their values regarding equality and their actual behaviour. This paradox is explained by the "gendered master statuses" concept, which is the common thread of a book by a group of sociologists, psychologists, social psychologists and demographers directed by Jean-Marie Le Goff and René Levy. Based on data gathered from young parents in the Lake Geneva area, this study also features in another new publication, which presents a comparison between several European countries, in which Switzerland appears particularly traditionalist.

Why do couples, who in spite of valuing equality between men and women, take on distinctly different roles after the birth of their first child? Because the transition to parenthood is the moment in the life course when "gendered master statuses" emerge the most. This concept exposes the way public and private spheres are distributed in our society: "Women 'can' engage in a professional activity or activities outside of the family if they do not conflict with the family's requirements. And men 'can' develop their role in the family or other activities outside of their professional life if that does not have a negative impact on their professional activity," explain René Levy and Jean-Marie Le Goff in their preface to the book entitled Devenir parents, devenir inégaux. Transition à la parentalité et inégalités de genre [Become parents and become unequal. Transition to parenthood and gender inequality], which Seismo Publishing has just released.

The study – Becoming a parent

This work of ten chapters, written by authors for the most part today linked with the National Centre of Competence in Research LIVES, presents the results of the Devenir parent [Becoming a parent] study. Data for the study was collected between 2005 and 2009 from couples living mainly in the Vaud and Geneva cantons. Each of the partners was interviewed three times: just prior to the birth of their first child, three to six months after the birth, and finally after the child had turned one. The analysis of quantitative data was enriched in certain cases by a qualitative approach, allowing comprehension of their representations and feelings.

This thorough study finds that "couples who are initially equal become more traditional when they have children. This is not intentional, but determined by their integration in the social structure." Several examples are given: the lack of proper paternity leave, the gender pay gap, the scarcity and cost of childcare services, the absence of policy for the conciliation of work and family life, and the disparity between working and school hours, as well as the kind of welfare state model. The authors also put forward the idea that the egalitarian convictions of young couples do not always match more classical gendered identities, passed on throughout their own childhood by the parental model, and reactivated by the arrival of a child.

This tendency for more traditional roles is not only expressed by the time dedicated to a professional activity – part-time for most mothers and full time for most fathers. It is also shown by the distribution of child-rearing and domestic tasks. Women invariably take on the highest quantity and the least rewarding tasks. The persistence of such practices clashes with the egalitarian values claimed by the young couples. This creates a dissonance, which has consequences on young mothers' satisfaction within their relationship and may create grounds for conflict.

Questions for Jean-Marie Le Goff, demographer, director of education and research at the University of Lausanne and research associate at NCCR LIVES

The data were collected ten years ago. Since then, the legislation around the arrival of children has been developed, and the level of education of women continues to increase. Does that lead to an improved rate of professional activity for women today?

The theory of gendered master statuses explains that the professional integration of women remains subordinate to their family life, for historical and institutional reasons; and the opposite applies to men. With regard to education, it is important to pay attention not only to the level reached, but also to the object of the education. Particularly if it leads to feminine-type jobs, where employers are more likely to offer the possibility of flexible working hours. This was not exactly the object of Devenir parent, but other research shows that young women predominantly choose their occupation with this in mind. Moreover, having a higher level of education does not necessarily protect them. There are still pre-conceived ideas about young mothers. See the article in Le Temps, dated 1 November 2016, which describes women who are dismissed just after their maternity leave.

If you could carry out the study again with a similar sample, what would your hypotheses be today?

A new study would not necessarily indicate changes compared with ten years ago. Perhaps a few more fathers who wish to reduce their working time, but to 80%; whereas the reduction of working time is greater for women. There is, however, something I wonder about a great deal, and which is linked to the increase of births outside of marriage in Switzerland. They now make up for almost a quarter of births. In the study I am currently working on with Valérie-Anne Ryser from FORS, it seems that unmarried couples are a little different to married couples; particularly because they discuss and negotiate more, and are more egalitarian. Two scenarios are conceivable if the number of births outside marriage continues to grow, as is the case in Scandinavian countries. First, such growth would be followed by the expansion of this more egalitarian model. Second, having a child out of wedlock would become commonplace and be adopted by all sorts of couples, including the more traditional. A replication of the Devenir parent survey in several years would make it possible to understand what happens around these births outside marriage.

The father's role continues to be considered secondary in child-rearing tasks. Is this the case in countries with more egalitarian structures?

Apparently Swedish fathers are more involved, given that paternity leave is obligatory. New routines are established when the first child is born, particularly for the organisation and distribution of child-rearing tasks. Paternity leave can contribute to greater equality. But we must not forget what happens prior to the birth of the child, even well before, as mentioned earlier in terms of education and occupation.

In the comparative work about European countries, you show that fathers in Switzerland are not very keen to reduce their working time. What happens in Nordic countries?

Part-time work does not have the same importance in Sweden as it does in Switzerland. In fact, it often concerns older workers, who leave the labour market gradually. The Swedish model differs in that a nursery is not only considered as allowing conciliation between family and work. The nursery also plays a role in the socialisation - and even the education - of the child. As a result, women can continue working full time, like men - and without feeling guilty!