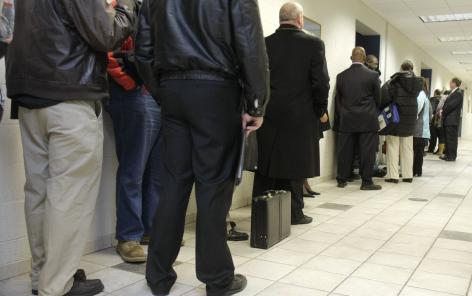 Isabel Baumann’s dissertation has just been released as the 5th issue of the Springer series Life Course Research and Social Policies, which is edited by the Swiss National Centre of Competence in Research LIVES. Based on original Swiss data about dismissed workers’ trajectories after plant closure, this publication shows that individuals aged over 55 face strong hurdles in returning to employment. All chapters are available in open access.

For the first time since the launch of the Springer series on Life Course Research and Social Policies in 2013, a single-authored publication has been issued, and it comes from a young researcher! Isabel Baumann focused on the former employees of five companies that underwent plant closure in Switzerland over the recent years. Within the framework of the NCCR LIVES’ IP204 and under the supervision of Prof. Daniel Oesch at the University of Lausanne, her research notably addressed the capacity of these workers to find a new job after layoff. Her results were presented in 2015, when she defended her manuscript and received her PhD. The main finding is that senior job seekers have much more difficulty overcoming unemployment than young and low-skilled people.

Since Switzerland’s low unemployment rate is exceptional compared to other countries, what can this publication bring to the international debate on occupational integration? “It shows that even in a country with low average unemployment, there are substantial differences between different types of workers. Accordingly, it is import to know who suffers most, before designing and implementing measures. In Switzerland, these policies should target mainly older workers, but elsewhere it could be other groups,” Isabel Baumann says.

Nowadays in Switzerland, there is a lot of discussion going on about hiring more senior workers to compensate the expected reduction of immigrants following the vote of February 2014. However, Isabel Baumann points to the lack of knowledge about the reason for older workers’ difficulties to find employment after job loss. She maintains that as long as we do not fully understand this phenomenon it is difficult to predict whether this development will improve older job seekers’ prospects. In addition, she is concerned with the demographic trend of a growing number of baby boomers, being now in their fifties, possibly threatened by exclusion: “The employment rate of this population is comparably high, but the worry is what happens when they lose their job.”

The Springer book follows the same structure as her doctoral thesis, with a slightly punchier introduction. Thanks to the support of the NCCR LIVES, the electronic version may be entirely downloaded for free, but hard copies may also be ordered at a very reasonable price. The NCCR LIVES hopes that this publication will encourage other junior researchers to apply to get their PhD dissertation published in the Springer series.

13.09.2016 > The centenarian boom: a challenge for society – and for their senior citizen children 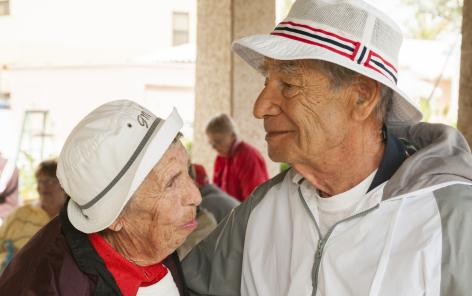 The centenarian boom: a challenge for society – and for their senior citizen children

People aged over 90 constitute the age group with the fastest growth rate. Prof. Daniela Jopp has been conducting studies on this population for several years and in various countries. She has started a new project in Switzerland which focuses on the relationship between these very old people and their children, who are themselves elderly. On 22 September 2016 she will give a public lecture to mark the opening of courses in the Faculty of Social and Political Sciences at the University of Lausanne.

“All centenarians soon?”, is the question posed by the title of the next public lecture by Daniela Jopp, Associate Professor at the University of Lausanne and at the National Centre of Competence in Research LIVES. During another speech, in the context of the REIACTIS conference in February, she had previously stated that one child in every two born in the 2000s could well live to be one hundred. The 4th age affects us not only because we may well reach it, but also because it is possible that our parents will live well beyond what they had imagined.

Advances in medicine are not the only reasons. A better standard of living and more health-conscious attitudes are enabling an increasing number of individuals to prolong their life expectancy. In ten years, the number of centenarians in the United States has increased by 30%. And the probability that the very elderly will be able to keep their cognitive capacities intact is also increasing. In a study carried out on a German sample by Daniela Jopp and other colleagues, more than half of centenarians were recently in this favourable position, compared to 41% a decade earlier.

The benefits of an active life

"We found that people born around 1912 who have the highest cognitive capacities are those who have been most active in their lives," the researcher explains. "For example, women in this cohort of centenarians who had access to a personal bank account have better cognitive function. For the people in the preceding cohort, who were born at the very beginning of the century, the predictor of better mental health was a higher level of education and good health. Apparently, for the more recent centenarian cohorts, keeping active during life has had a greater protective effect."

Speaking of mental health, another fact is also surprising: the vast majority of centenarians show no signs of depression, and only 10% say they want to die. Somewhat less surprisingly, those living in institutions show less satisfaction with life than those who have kept a private dwelling. Having plans and being involved with other people also helps the very old to retain this will to go on living: "A lady in New York told us that she wanted to know the result of next season’s Super Bowl. Two other people were holding on out of concern for their sick sons,” relates Daniela Jopp.

The findings of the international research network set up by Prof. Jopp appeared this summer in a special issue of the Journal of Aging & Social Policy. Based on three surveys carried out in Portugal, Germany and the United States, these papers are particularly concerned with the social and emotional relationships of these very old individuals, a line of research which Daniela Jopp is now continuing to pursue in Switzerland thanks to the support of the Leenaards Foundation and the National Centre of Competence in Research LIVES.

Given the acknowledged importance of emotional ties for well-being, and the fact that very old people have often seen most of their contemporaries disappear, Daniela Jopp’s research intends to explore the aspect of relationships between these individuals and their offspring, in or almost in the 3rd age. Her team has begun to hold interviews and is looking for still more contacts with elderly parent-children dyads in order to compare two groups: a first group composed of parents aged over 95 and their children aged over 65, and a second group consisting of parents aged from 70 to 85 and their children aged from 40 to 60.

The researcher expects to see an element of ambivalence in the relationships, particularly among the oldest dyads: "Children generally describe having a very elderly parent who is still alive as a positive thing, but they complain of no longer having enough time for themselves. Over time, old psychological wounds can eventually resurface and burden the relationship."

The aim, through better identification of the needs of the elderly and their senior citizen children, is to provide input about support not only for (almost) centenarians, but also for "young" retirees who care for their parents, because often their own health eventually suffers under this burden: "Governments should have carers on their radar," insists Daniela Jopp.

And since a significant part of the population is destined for the same fate, she is surprised that more attention is not given to the problems of the elderly and the very elderly. In her view measures should be implemented which provide a real role for the elderly in society, offering them measures for physical rehabilitation where necessary, paying attention to their mobility, ensuring that their glasses and hearing devices are adjusted regularly as required, and taking seriously and easing their sufferings. These are all signs of consideration of a better quality of life that are not yet part of the established patterns, as if this growing proportion of humanity were only a negligible number.