29.01.2016 > An informal setting to talk about population issues in an interdisciplinary way 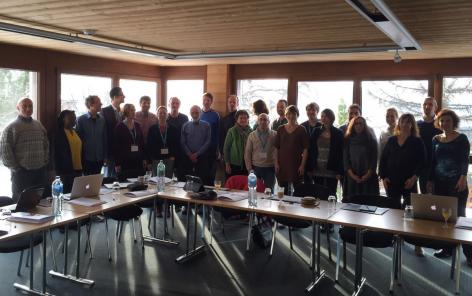 The 6th edition of the Alpine Population Conference (Alp-Pop 2016) took place in the village of Villars-sur-Ollon in the Swiss Alps from January 26 to 29, 2016. Organised by the Carlo F. Dondena Centre for Research on Social Dynamics at Bocconi University (Italy) and the Swiss National Centre for Competence in Research LIVES, it brought together above 30 delegates from 12 countries sharing interest in the social sciences and a taste for a certain “art de vivre”.

“This is a special conference for many reasons”, said Prof. Laura Bernardi, NCCR LIVES deputy director, at the opening of the Alp-Pop 2016 Conference on Tuesday January 26. First, population studies presented here stem from many academic fields including demography, economics, political science, sociology and psychology. Second, there is time for formal and informal discussions during and in-between sessions including the long breaks reserved for skiing, walking, trekking or just enjoying the spa facilities of the venue in Villars-sur-Ollon.

The organisers had announced that the conference would “emphasize empirical rigor and innovation over a given topic or geographical area.” That was actually the case, with presentations such as “Political Islam, Marriage and Fertility: Evidence from a Natural Experiment” (Francesco Billari, University of Oxford), “A new tool for old questions: A sequence analysis multistate model of women’s employment trajectories before and after the German reunification” (Matthias Studer, University of Geneva), “Does vocational training give a head start and a lousy end? Life-course employment and earnings of vocational versus general education” (Daniel Oesch, University of Lausanne), to name but a few.

There was also a poster session with six more junior researchers like Florence Rossignon, who showed “Different pathways out of the parental home: A gender perspective”, and Gina Potarca, who presented “The occurrence, Timing, and Stability of Mixed Unions in Switzerland”. Both are doctoral and post-doctoral fellows at the NCCR LIVES.

Many delegates came from Switzerland, Italy, UK, USA, and different countries from Northern Europe. But there were also participants from more remote regions. Arlette Simo Fotso (University Cheikh Anta Diop) presented a study on the “Cost of child disability for parents’ labour market participation in Cameroon”, and Elsa El Hachem-Kirby (Lebanese University) talked about the “Migrants’ contribution to prosperity and development: Lebanese entrepreneurs in Brazil – from rags to riches”. This session gave rise to a very rich discussion between sociologists and economists, as Luca Piccoli (University of Balearic Island) gave the third talk on “Intrahousehold distribution in migrant-sending families”.

“Ski-note” speakers were Elizabeth Thomson (sociologist, University of Stockholm and University of Wisconsin – Madison), and Daniel Hamermesh (economist, Royal Holloway University of London and University of Texas at Austin). The titles of their lectures were respectively “Cohabitation and Family Complexity in Europe”, and “Should there be an Economics of Time Use? Is there?” Again, a lively discussion on interdisciplinarity ensued after Dan's talk.

That was the second year the NCCR LIVES co-organises an Alp-Pop conference with the Dondena Centre for Research on Social Dynamics. This event was created in 2011 together with the Max Planck Institute, which withdrew two years ago. Some participants have become real afficionados: "The scientific quality is always excellent here”, one said.

Call for Project Proposals on Life Course and Vulnerability

The Swiss National Centre of Competence in Research LIVES invites research project proposals on the theme of Vulnerability and the Life Course to be submitted. Proposals from professors, researchers and post-doctoral students working for Swiss Universities, Swiss school of higher education, Swiss research institutes and the NCCR LIVES are welcome. Two to three 3-year projects ranging from 200’000 to 300’000 CHF will be granted for the whole project. Project proposals which are interdisciplinary or are using longitudinal data are especially welcome.

Research proposals should focus on one of the following topics, which are directly inspired from the cross-cutting issues of the NCCR LIVES:

Topic 1 - Dynamics of stress and resources across life domains:
Projects related to this topic should aim at understanding the permeability between stresses and resources across different life domains such as family, employment, migration trajectories, and psychological well-being. They should examine the short-term impact of critical events and transitions on individuals and how individuals adapt to these.

Topic 3 - Dynamics of stress and resources over time:
Proposals targeting this topics should be related to the exploration of the long-term processes of accumulation of advantages and disadvantages over time. The long-term consequences of earlier life-course conditions and the occurrence and succession of life-course hazards and vulnerability states are central to this topic.

Each project proposal will be peer-reviewed by a committee composed of international scholars. Based on the ranking of this committee, the Direction of the NCCR LIVES will make a decision on the number of projects to be funded. The successful projects are expected to begin being funded by September 1, 2016.

You are required to provide the following information in English:

You are invited to submit your proposal before April 29, 2016. Should you have any questions, please send an e-mail to scientific@lives-nccr.ch.

05.01.2016 > Posters from LIVES-CIGEV at the Swiss National Gerontology Congress 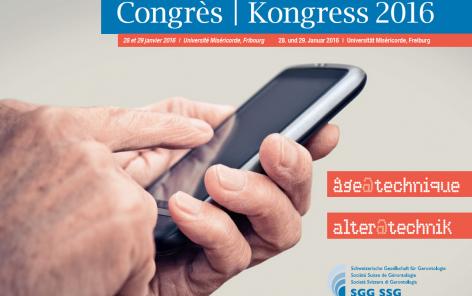 Posters from LIVES-CIGEV at the Swiss National Gerontology Congress

Researchers from the Swiss National Centre of Competence in Research LIVES, based at the Interfaculty Centre of Gerontology and Vulnerability Studies (CIGEV) of the University of Geneva, will present posters on their research during the next biennial congress of the Swiss Society of Gerontology in Freibourg (CH) on January 29.

The Swiss National Gerontology Congress will take place from January 28 to 29, 2016 at the University of Freiburg on the topic of “age @ technology”.

Twelve heads of renowned national and international research teams have been invited to present their current projects and results together with their teams. This poster session will give a global overview of gerontological research.

Professors Michel Oris’ and Matthias Kliegel’s selection, both leaders of IP213 within NCCR LIVES, is listed below.

>> More about the Congress