19.02.2015 > People with a “bonding identity” cope better with structural disadvantage 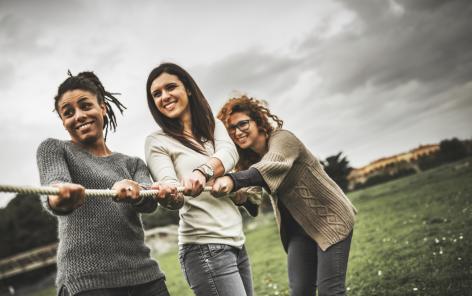 People with a “bonding identity” cope better with structural disadvantage

In a paper published in the British Journal of Social Psychology, NCCR LIVES PhD candidate at the University of Lausanne, Mouna Bakouri, demonstrates how individuals from socially disadvantaged populations who define themselves as connected to a group are better prepared to deal with barriers encountered in their life-course. Their self-esteem is indeed less harmed as a result of stronger sense of efficacy. Her findings call for renewed integration policies.

Social psychology has already shown the strength of group identification to reduce the feeling of social devaluation. In her paper published online on 12 February 2015 Mouna Bakouri goes further and argues for the “empowering role of bonding identities” when facing barriers to one’s life projects. She suggests that these bonds stem not only from collective identities bound to ethnic origin or occupational status, but also from relational identities based on family and friends. Comparing individuals who consider these kinds of identities as most important in their self-definition with individuals who chose a more personal self-definition (like a personality trait or activity), Mouna Bakouri observed that connectedness has a buffering effect on efficacy beliefs and against life-course stressors.

Transition periods often highlight structural constraints. This is particularly the case between adolescence and adulthood and during integration into the labour market. Mouna Bakouri’s study focused on 365 individuals in Switzerland aged 15 to 30. This sample was composed of young employees, apprentices, and pre-apprentices who were still looking for an apprenticeship at the end of their compulsory schooling. A majority of pre-apprentices had an immigrant background versus only 11% of the employees, reflecting the structural hardship faced by non-nationals in the transition to work.

The participants were invited to complete a questionnaire which addressed their financial worries, level of self-esteem, perceived coping efficacy, perceived barriers and project appraisals. Using an adapted version of the “Who Am I” questionnaire, the survey also collected data on the participants’ most meaningful definition of their identity, which was then coded in order to distinguish between individuals with a bonded self and those with an un-bonded self.

The first hypothesis was that participants from socially disadvantaged groups perceive higher barriers. This was especially true for people with financial worries, pre-apprentices and foreigners; age and gender showed no effect. The second hypothesis was that perceived barriers negatively impact self-esteem. This model was significant, regardless of professional status, nationality or level of financial worries. The third hypothesis is at the core of Mouna Bakouri’s paper: when perceived barriers are high, people with a bonded self proved to maintain a significantly better self-esteem than individuals who defined themselves at a personal level. This may be explained by the fourth and last hypothesis, whose model was also successfully tested: the positive role of bonding identities in protecting self-esteem is linked to an enhanced belief in coping efficacy.

“The existence of social bonds, independent of the source of those bonds, seems to be a key resilience factor when one’s capacity of action is structurally constrained”, Mouna Bakouri concludes. She adds that the results of this study “have a crucial implication for interventions with youth aimed at strengthening their sense of agency and efficacy to negotiate critical life-course transitions.” This contradicts the “liberal credo” of individualism, suggesting that interventions “should work with group identities and not against them.” 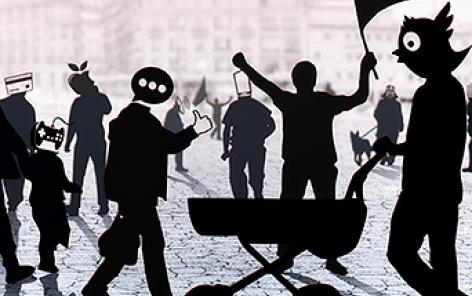 The call for paper proposals has been launched regarding the 39 workshops of the Swiss Sociological Association annual congress, which will take place at the University of Lausanne on June 3-5, 2015. Deadline for submissions is March 13. Many NCCR LIVES researchers are involved in the organisation of the congress and the workshops.

Current processes of individualization and deregulation are nevertheless accompanied by unprecedented forms of collective action, where new norms are potentially created. "Sociological investigation into the processes of social fragmentation should therefore be articulated with the study of new and diverse forms of social cohesion, and with the examination of new instances of social regulation, both on the microsocial scale of intimate relationships, social networks and the life course, and on the more macrosocial scale of the social groups that attempt to impose new identity, cultural or religious landmarks in the public sphere", as the congress website states.

>> See the call for paper proposals of the 39 workshops (deadline for submission: 13 March)

02.02.2015 > To study vulnerability in the life course, repeated observations over time are necessary 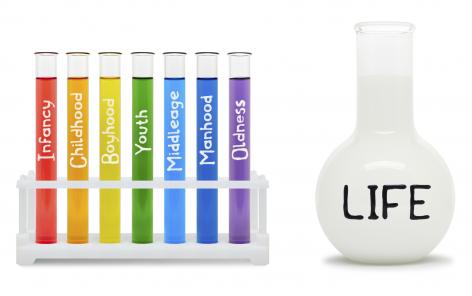 To study vulnerability in the life course, repeated observations over time are necessary

The Swiss National Science Foundation (SNSF) has just awarded 14.5 million francs to the National Centre of Competence in Research LIVES for a second four-year phase. Thanks to this vote of confidence, the teams of the Universities of Lausanne, Geneva, Berne and Zurich will be able to continue the longitudinal studies which were initiated in the first phase. This is an essential follow-up in order to obtain quality scientific outputs.

Allocating 100% of the first phase of funding (2011-2014) for the new period which is starting now, the SNSF indicated in its letter of 23 January 2015 that the NCCR LIVES evaluation had led to a "clearly positive result".

Getting longitudinal data is essential in the case of LIVES. It means repeating the same studies several times on the same population samples, to see how they evolve. Of the centre's nine projects, several are based on quantitative panel data, which require significant human and financial resources to gather, process, analyse and follow up data from several thousand individuals.

As regards the IP201 project, led by Prof. Dario Spini, director of the NCCR LIVES at the University of Lausanne, the SNSF funding will make it possible to continue collecting data from young adults who grew up in Switzerland, with an over-representation of people born of foreign parents. Another aspect, in collaboration with the Canton of Vaud, investigates people on low income. These two oversampling cases are part of the third sample of the Swiss Household Panel.

"This data will enable us to complete our understanding of life trajectories of two vulnerable populations that were difficult to analyse until now. In both cases, we need this information in order to understand how these people are integrated in the Swiss society", explained Dario Spini.

In order to investigate further the aspect of occupational integration, the IP207 project, led by Prof. Jérôme Rossier at the University of Lausanne, in collaboration with a team from the University of Zurich, intends to repeat seven times its questionnaire launched in 2012 on people with and without employment. The first three waves are finished and there are still four to come.

"The professional world has become globalised and is less stable. Individuals change jobs more and more frequently, on average every three years for people new to the labour market. To properly understand the psychological, social and environmental resources that individuals use to manage their occupational path, their career and their life, a longitudinal approach is indispensable", said Jérôme Rossier.

At the University of Geneva, the IP213 team, led by Prof. Michel Oris, co-director of the NCCR LIVES, studies old age. There as well, a longitudinal approach is necessary, he explains: "Ageing is a process, not a state. Individuals become fragile, or even become dependent; but others preserve their resources. It is necessary to measure these inequalities between individuals, look at their causes in the life course and, most crucially, scrutinise the alchemy of personal well-being. And only the people themselves can reveal this to us."

Over 3,000 people aged 65+ living in five cantons of Switzerland were thus questioned at length in 2011-2012 on their life course; this survey will be repeated in 2016 and completes other data collected for several years by the Interfaculty centre for gerontology and vulnerability studies (CIGEV).

Another LIVES team, based at the University of Berne and led by Prof. Pasqualina Perrig-Chiello in the framework of the IP212, is looking further into a more specific aspect of ageing: close relationships in the second half of life. Two waves of enquiries were conducted in 2012 and 2014, and a third will take place in 2016.

"Loss of important relationships is an inevitable challenge when ageing, however the large individual differences in coping are still not well understood. IP212 supplies longitudinal data on the various paths of psychological adaptation to divorce or bereavement and seeks to identify resources and possibilities of psychosocial prevention and intervention. These data are not only a scientific desiderata but also of utmost public health relevance", asserted the project leader.

Ultimately, the whole purpose of the studies conducted by the NCCR LIVES is to identify how to overcome economic, social and psychological vulnerability in order to stimulate reflection on social policy development.

To do this, significant resources have been allocated for four years and will continue to be invested, in collaboration with the partner universities and the University of Applied Sciences and Arts - Western Switzerland. The strength of the NCCR LIVES is that it combines the skills of several social science disciplines and the contributions of several methods. The nine projects in the second phase, in addition to gathering the longitudinal data, also look at other types of quantitative and qualitative data, for example to understand the evolution of family structures, explore gender issues, observe the world of work and better identify the role of the welfare state.

For science in general and Switzerland in particular, it is a priceless opportunity to bring together within the same programme all of these empirical elements, with the aim of better understanding the dynamics of stress and resources, by articulating a multidimensional approach (across life domains) with a multi-level approach (in social and institutional interactions) and a multidirectional approach (over time).

>> To find out more on the LIVES research projects