25.11.2014 > The couple, surprise and omnipresent guest at the Forum on single parenthood 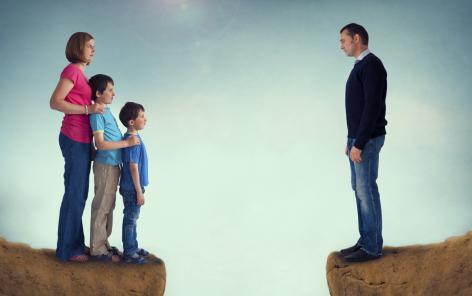 The couple, surprise and omnipresent guest at the Forum on single parenthood

Some thirty professionals from the social sector gathered on Friday 21 November 2014 at the University of Lausanne, at the invitation of the National Center of Competence in Research LIVES and the Swiss Federation of single-parent families. Given the rise in separations and the increasing number of broken homes, the event's objectives were to identify public policy challenges and areas for research. The exchanges were fruitful, and the common thread running through the whole day was that although it takes two people to make a child, the same is true for separation...

In what ways do single-parent families work differently, and how are the relationships different, compared with traditional families? What resources do these homes – which in the past were considered as atypical but today are on the increase – need most? What legal, fiscal and social weaknesses can be observed with regard to single-parent families in the Swiss system? These are some of the issues that were debated at the exchange forum on Changing family and single-parenthood : the practitioners' point of view, which was held in Lausanne at the end of November.

Some thirty representatives of state services, aid agencies, parents' groups and structures specialising in childhood and the family responded to the call of the National Center of Competence in Research LIVES – Overcoming vulnerability: Life course perspectives (NCCR LIVES) and the Swiss Federation for single-parent families (SVAMV/FSFM). In the morning there was a series of discussions in small groups of professional attendees working in broadly the same areas, followed in the afternoon by debates of the differing points of view on various issues, before the plenary summing-up and conclusions session. The event highlighted "valuable suggestions" for future research, NCCR LIVES deputy director Prof. Laura Bernardi said.

The discussions were led by NCCR LIVES researchers and monitored by observers with a view to producing a detailed report for 2015 on the valuable experiences and reflections of professionals working with single-parent families.

The event focused on three areas: relationships, resources and public policies, with many links between and problems common to all three areas.

Among the issues affecting single-parent families, participants highlighted the lack of resources in terms of income, time, social links, information and access to training. Isolation, feelings of failure and educational problems were other difficulties faced. But these homes also have strong points: they offer more models and references to their children than "traditional" families – in which conflicts also exist, as one participant pointed out, although there isn't always the freedom for family members to say what they think...

Throughout the day, there were many discussions on the stages before and after the break-up of a couple, which is perceived as the funding act of a single-parent home. "It's not at the time of the divorce that things must be settled", said Nicole Baur, Delegate for equal opportunities from the canton of Neuchâtel. She pointed out that women pay a very high price at the time of separation for their insufficient inclusion in the labour market, which, in Switzerland, is largely due to lack of childcare and a tax system which works against couples who both work.

The participants mentioned how the financial insecurity which then weighs on single-parent families also heavily affects non-custodial parents (i.e. fathers, in most cases). Because while those who pay child maintenance can offset this cost against their tax until the children reach the age of majority, they cannot claim state aid, as their basic needs are in principle being met. "Alimony-paying fathers are actually the only ones who receive no help", underlined Doris Agazzi, SVAMV/FSFM coordinator for French-speaking Switzerland.

Although financial matters are the cause of many conflicts, "the biggest problems don't always occur when money is short", states Nadia Rosset, family mediation specialist, reflecting the opinion of Antoine Hartmann, legal expert at the Protestant social centre (CSP): "Once the parental couple has been disassociated from the loving couple, it becomes easier to reach agreement. Those who talk to each other manage very well", he said, adding later: "When a relationship breaks down, it is necessary to wait for the dust to settle. This depends on the force of the break and the sensitivity to dust. (...) The problem is when there's constant conflict." However, notes Carmen Religieux, an independent psychologist and member of the SVAMV/FSFM committee, "conflict is also a way of maintaining the link…"

It's therefore impossible not to talk about couples, especially this year, when the new law on joint parental authority has come into force. "It was designed for ex-partners who get on", remarked Caroline Alvarez, of the Vaud child protection department. "It increases open warfare", stated Thomas Riedi, chairman of the Vaud association of single-parent and blended families (AFMR). All the professionals present agreed that, although joint parental authority may be the best solution as far as the child's interest is concerned, it risks opening the floodgates to legal proceedings when the official authorities and courts are already overloaded.

Deficiencies in the legal system came up several times as a major cause for concern: slowness in dealing with cases, lack of tools to enforce decisions, lack of judges' training in family problems and mediation, and crucially the lack of a family court which would have sole jurisdiction, as exists in Germany. In Switzerland, the role is divided between justices of the peace and district courts.

A NEED TO LINK UP

When concluding, the idea of "linking up" became clear to sum up the basic needs of single-parent families: first of all, there is a need for places where children can be cared for and their development encouraged so that parents can work – this is a crucial bridge towards financial independence and social integration; places for parents to talk, share experiences and receive support are also needed – "to talk about their difficulties", and also "to help them realise that there are different experiences out there; something you find intolerable may be acceptable elsewhere", says Nicole Pletscher, a collaborator at the CSP. The difficulties of migrant families, who have no support from extended family and are less well-equipped to deal with the administrative procedures, are an example of situations where the need to "link up" is particularly pressing.

In the same vein, access to and financial assistance with mediation should be improved, according to several participants. "There are fewer missed maintenance payments when the agreement has been drawn up in a process of mediation than when it has been ordered by the courts”, stated Patrick Robinson, from the French-speaking parent group of organisations (CROP).

The recommendations of this forum will be published in full. We can already see that it will mostly be a matter of harmonising recovery assistance at the federal level, progress in child maintenance and taxation. Proposals will also include a better balance between family and working life, with changes to working hours to be implemented in a less "gendered" way than at present, so that both parents are involved more equally in both areas of life, both before and after the break-up. "Parental training" ideas (on how sex education is delivered at school) and of "preventing separations" were also mentioned.

Ultimately, the participants believe that several studies will be necessary to better define the strategies to be developed to help single-parent families: qualitative analysis of the differences in the well-being of children according to the custody options; quantitative comparison of the time devoted to the family and the time spent working in single-parent homes; observe the effect of maintenance payments on pauperisation; or study retrospectively the life course of adult children of divorced parents.

"The problems of single-parent families are the same as those encountered in other families, but they arise earlier and their effects are felt more strongly", declared Serena Giudicetti, a member of the Ticino branch of the FSFM. This sentiment of normality and urgency could be a good watchword going forward... 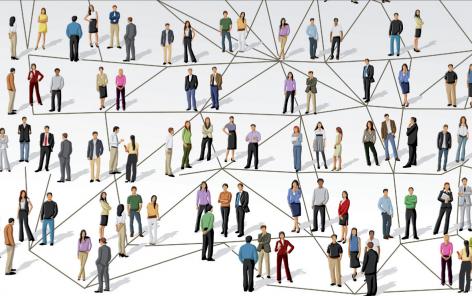 A 2-day workshop will take place on February 9-10, 2015 at Bielefeld University. Alongside with researchers in Germany, NCCR LIVES deputy director Laura Bernardi is part of the organisers. She’s also one of the authors of a chapter on mixed methods in an edited book recently published by Cambridge University Press.

“Good mixed methods research is based on knowledge about the two methodological approaches and about the methodological, theoretical, and analytic challenges specific to integrating various logical approaches to research”: the workshop Beyond methodological dualism: Combining qualitative and quantitative data organised at the Center for Interdisciplinary Research (ZIF) of Bielefeld University next February promises to explore the potential of mixing methods on the basis of concrete studies in the fields of labour market, social inequality, family, and migration. Supported by the German Institute for Employment Research (IAB), the German Institute for Economic Research (DIW Berlin), and the Swiss National Centre for Competence in Research LIVES, it will combine plenary lectures with methodological and thematic workshops.

Prof. Laura Bernardi, NCCR LIVES deputy director, proposes a session on family. She has extensive experience in mixed methods, which she now applies to her research on lone parents in Switzerland. When working at the Max Planck Institute for Demographic Research in Rostock, Germany (2003-2009), she researched the influence of social networks on individuals’ fertility choices using mixed methods.

This research1 questioned partners in couples born in East and West Germany who had graduated from school in the early nineties. It is summarised in a chapter of the book Mixed Methods Social Networks Research, Design and Applications released recently with Cambridge University Press. This paper shows how the qualitative approach enriches the quantitative data, which alone could not describe aspects like individual perceptions, experiences, family organisation as well as social mechanisms of support, learning, pressure and contagion at play in childbearing decisions.

Nevertheless the quantitative approach helped build a typology of networks and brought a structural perspective. The authors underline the challenge of overcoming epistemological arguments that often oppose qualitative and quantitative researchers. “The process of negotiating these interests to find a good solution for designing the mixed method study should not be underestimated”, they warn. At the same time, they advocate for the “unique strengths” of mixed methods, which make the challenge worthwhile.

Within the NCCR LIVES, several projects use mixed methods on topics like family, migration, work and ageing. Some of LIVES researchers will speak about their experience at the Bielefeld workshop: Emanuela Struffolino with Transition to lone parenthood and employment trajectories: a mixed methods approach, Andrés Gomensoro with Educational pathways of the children of migrants between trajectories and narrations, and Marthe Nicolet with When the family of the deceased says ‘thank you’: Quantitative and content analysis of death notices in Wallis (Switzerland).