19.05.2014 > During UNIL’s open days NCCR LIVES will show the difference between commercial and scientific surveys 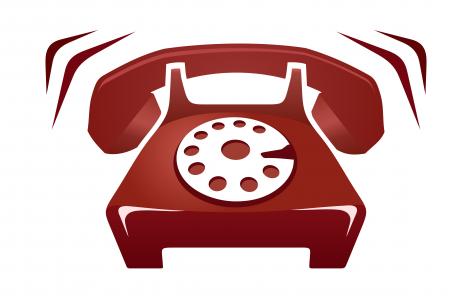 The University of Lausanne holds every year a public event called “The Mysteries of UNIL” mainly for kids aged 9 to 13. This time it takes place from May 22 to 25, 2014. The NCCR LIVES will welcome visitors at the stand No 12.

“WHO.R.U?” With this slogan and on the theme of the inner adventure, the University of Lausanne invites children with their class or family to discover who they are during the next “Mysteries of UNIL”, which is an annual manifestation where laboratories and research institutes present part of their work in a playful way.

Twenty-five activities compose the visit. The one proposed by the National Centre of Competence in Research LIVES will first invite the participants to make the distinction between commercial and scientific surveys. Then the kids will have to turn into researchers and survey their classmates or relatives on the positive and negative events that may happen in different domains over the life course.

The NCCR LIVES based this activity on the observation that telephone surveys are becoming more and more difficult to conduct, because people are constantly solicited at home by incoming commercial calls. When children do their homework or at dinnertime, it is not uncommon to hear the phone ringing and upset parents answering that they don’t have time for that.

Surveys with a scientific aim

Yet all surveys do not aim at market research to sell insurances or soft drinks. The NCCR LIVES for instance conducts several surveys based on large samples of the Swiss population so as to better understand vulnerability processes and the resources that people mobilise to overcome it. These studies contribute to the development of public policies that meet new social needs.

From Wednesday 22 to Sunday 25 May about ten LIVES researchers, mainly sociologists and social psychologists, will relay one another to animate this activity with two students in social sciences. Come see us! 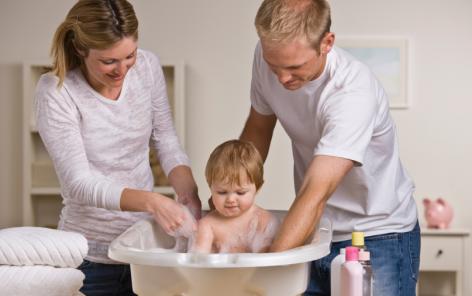 In a thesis defended on 17 March 2014 at the University of Lausanne, Isabel Valarino focused on the past and current discourse surrounding progress made in the area of parental leave and paternity leave. Her analysis was enhanced by a case study of Lausanne City Council. The researcher demonstrated that the needs of employees and their families tend to be subordinate to those of employers and the economy. While motherhood is considered an intense and restricting responsibility, fatherhood is still regarded as a flexible, optional commitment.

How are developments concerning parental leave changing practices and representations of parenthood in Switzerland? Isabel Valarino has just been awarded her doctorate as part of the IP6 team at the National Centre of Competence in Research LIVES. She has shown that, on the one hand, the practice of differentiating between motherhood and fatherhood is still rarely challenged, and, on the other hand, both theory and practice are dominated by economic considerations.

“I have never seen anybody put so much work into a thesis”, said jury member and professor of sociology and gender studies at Indiana University – Purdue University Indianapolis, Linda Haas, when the thesis was defended. “It is innovative in several disciplines and is the first thesis to show such interactions between different levels”, added Gerda Neyer, professor of demography and family policy specialist at the University of Stockholm. Other jury members were Prof. Nicky Le Feuvre (UNIL), IP6 leader, and Prof. Laura Bernardi (UNIL), NCCR LIVES deputy director and thesis supervisor.

Paternity leave: not yet common practice, despite growing interest

In Switzerland, the issue of parental leave and paternity leave has attracted growing interest since maternity benefits were introduced in 2005. Nowadays the vast majority of male employees are granted one day’s leave by their employer for the birth of a child, but only a minority are entitled to several weeks' paternity leave. This makes Switzerland an exception compared to other European countries.

Isabel Valarino analysed the content and discourse of parliamentary proposals made between 1998 and 2011 on this topic, as well as relevant press articles. She complemented her research with a case study of employees working for Lausanne City Council, which, since 2010, has granted new fathers 21 days' leave to be taken within twelve months of the birth of their child. Register data allowed her to perform a statistical analysis of the 95 cases of employees affected by this law between 2010 and 2012. Of the men who made use it, she interviewed 22, as well as 8 managers who had encountered this kind of situation in their teams.

Her observations show that representations and practices of parenthood are changing, although they remain strongly influenced by gender divisions and the importance given to economic aspects. “With paternity leave, fathers become more involved in their children's lives. But they often anticipate their employer's expectations that they won't disrupt the day-to-day functioning of the company. And the division of tasks with their partners remains unequal”, explains Isabel Valarino.

The researcher found that only half of new fathers employed by Lausanne City Council took all of the days' leave to which they were entitled. What is more, the majority postponed a large part of their annual leave. Only 13% of men from her sample took all the days of both types of leave during one year. Employees with a high level of responsibility, those working part time and in predominantly female or mixed environments, as well as some employees with little seniority, have a greater tendency to forego part of their leave, which highlights how an employee’s professional context can influence whether or not he takes paternity leave. The majority of managers who were questioned confirmed that they felt that the interests of the organisation took precedence when leave dates were negotiated.

The central role of the mother

Through her interviews with young fathers, Isabel Valarino was able to identify several functions of paternity leave. The notions of supporting the mother and taking on domestic tasks are valued highly, as is childcare, with fathers often looking after older children. “All of them said that the central role of caring for the new-born baby still lies with the mother”, reveals the researcher, who noted that the men's role changed when they spread out their leave days after their partner had returned to work: “It is when they find themselves alone with the baby that they realise what it really involves…”

In spite of the differences she observed, the researcher still thinks that changes are taking place. In particular, taking paternity leave allows men to assert their status as fathers in the work environment, take some distance from their work and shift expectations. Furthermore, even though the principle of paternity leave as enshrined in federal law is not always on the agenda due to economic reasons and the endurance of very gendered views about how tasks should be shared between men and women, “ways of thinking are changing”, she says.

With this in mind, in addition to her thesis, Isabel Valarino wrote a report for Lausanne City Council in which she shared her findings in detail and put forward several suggestions for improving how paternity leave is implemented.

The next step: fathers taking leave without their partners

In order to continue her reflections on the development of practices and representations of parental leave, Isabel Valarino is now pursuing her research on fathers who have taken at least one month’s full-time leave to look after their child or children on their own. This study is part of the “Fathers on Leave Alone” project by the International Network on Leave Policies & Research, and is currently looking for participants.