28.04.2014 > Social Investment: Lions facing the Matthew effect while dreaming of being butterflies 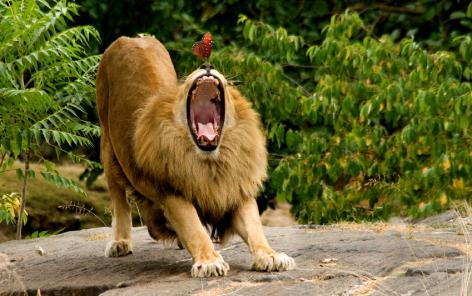 Social Investment: Lions facing the Matthew effect while dreaming of being butterflies

Several zoology and Bible metaphors were used during the international conference "Assessing the Social Investment Strategy", which was organised by and took place at the Swiss Graduate School of Public Administration (IDHEAP), with the support of the University of Lausanne and the National Centre of Competence in Research LIVES. It was an opportunity for much rhetorical and theoretical jousting based on two central questions: how can the social state limit precariousness in a sustainable way and how can these efforts be measured?

The forty or so researchers who had come together to debate social investment policy in Lausanne from 10 to 11 April 2014 analysed, compared and questioned a lot. They left with no certainty but new ideas for their work, thanks to the different methods and perspectives to which they had been exposed.

"The discussions gave rise to more questions than answers, but the aim of this conference was not to provide a cookbook. It is an on-going academic debate. And we have to accept that research is not usually directly applicable", acknowledged the main organiser, Prof. Giuliano Bonoli, at the end of the event, adding that he was very happy with the exchange of ideas that had taken place.

At the opening of the conference he had emphasised the key question: "To what extent is social investment able to reach the most disadvantaged individuals in society?" This refers to the much-feared "Matthew effect", which takes its name from a verse in the Gospel of Matthew: "For unto every one that hath shall be given, and he shall have abundance: but from him that hath not shall be taken even that which he hath". This concept was ever present throughout the conference. It came up again during the final round-table discussion and no real answer was found.

An approach for universality

For some attendees, such as Gøsta Esping-Andersen, who gave a very well-attended plenary lecture on the first day, the solution was clear: "We should put money [i.e. from "social policies”] into kids: nobody could go to the stock market and get this kind of return!" One participant asked him how it could be ensured that the poorest individuals were really being targeted. "The upper class must be happy with the system of childcare in order to finance it ", replied the famous Danish sociologist, thus putting forward an initial approach.

However, not all speakers were convinced by this idea. For example, Bea Cantillon from the University of Antwerp still did not believe that social policy should prioritise social investment. Comparing social investment to lions, which are "dangerous for the weaker", she said she preferred elephants, which are "slow and protective", thus representing the welfare state. She added that there were also the butterflies, that she used to describe social innovation or, in other words, bottom-up activation policies. "But butterflies are too volatile... " "We should mix the three approaches", she concluded.

Over the course of the two-day conference, several discussions demonstrated the importance of the regional context, the limited scope for analysis based on the data available, and the difficulties inherent in evaluating the results of social investment when there is no real way to control for it. "We are trying to torture the data", acknowledged Giuliano Bonoli, making it clear that "research helps to develop indicators, and thus monitoring – for example, by extending the notion of the poverty line to the issue of social exclusion."

Despite the doubts and the unanswered questions, these two days of reflection did give rise to some certainties during the round-table discussion. "The countries that have invested have done better during the crisis", stated Lieve Fransen, Director, Social Policies and Europe 2020 at the European Commission. "By making cuts in the education sector, Spain is doing the contrary: it is a way for disaster in my opinion", she added. She also said that she hoped that research into social investment would provide policy makers with more instruments and measurements: "Measuring the non-investment would be an important area of work!"

Finally, what was the verdict on the original question about whether social investment can overcome the Matthew effect so that it is not just the most privileged people who benefit? The conference participants were cautious but there was an overall consensus. Some participants even suggested that granting benefits to the poorest people could be seen as a form of social investment, since without this, the children of these recipients would have a bleak future ahead of them.

All of the participants in the round-table discussion thus recognised that social protection and social investment complement each other and should not be mutually exclusive. Ludwig Gärtner, Deputy Director of the Swiss Federal Social Insurance Office, said mischievously "We need both elephants and lions. And we also support butterflies!" However, he reminded researchers to take into account countries' budgetary constraints and the strength of public opinion: "In Switzerland, there are very strong ideologies around family and early childhood", he warned.

For the organisers there are still a lot of avenues to be pursued. "It is wrong to think that the only aim of social investment is to be cost-effective for the State. It also improves stability and social cohesion", points out Giuliano Bonoli. The professor admits that there are certain concepts that have still not received much attention from researchers and that, if examined, could lead to internal contradictions in the future, such as incentives for accessing social investment benefits: "Should we have sticks as well as carrots?" The debate continues... 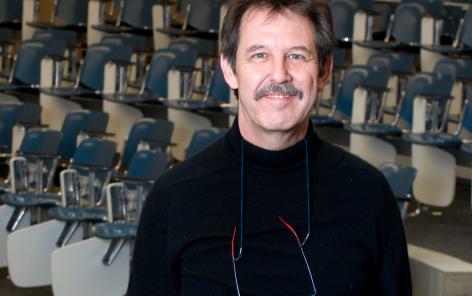 During the past months, Prof. Dominique Joye joined the methodology committees of three important international studies. The head of IP15, also a professor at the University of Lausanne and a researcher at the Swiss Centre of Expertise in the Social Sciences FORS, explains the interest to be involved in such scientific endeavours.

“Contributing to a comparative international survey is something really exciting: to see where the same methodological problems arise, but also the way they differ depending on the context; in short, to think about essential issues that are at stake when aiming at quality studies in different countries, which will allow comparisons and therefore relevant data measurements.”

This is a profession of faith made by Prof. Dominique Joye, the leader of NCCR LIVES IP15, who was recently elected in the methodological committees of three international social science surveys:

According to Dominique Joye, who is also vice-dean of the Faculty of Social and Political Sciences at the University of Lausanne and a partner in the Swiss Centre of Expertise in the Social Sciences FORS, there are many individual and collective reasons for joining such projects.

“The rapid access to data, which is specific to these international surveys, makes our scientific works become more cumulative”, as the researcher states. He refers for instance to the training of the new generation of academics: “For PhD students, it is easier to learn about the most advanced analytical techniques when there are comparable data available.”

From a Swiss point of view, Prof. Joye adds “it allows to situate itself in relation to other countries, to know about the state of art, and to identify specific patterns. It may relate to objective characteristics, like for example the proportion of women who are working part-time, as well as to subjective elements, like the way they live this situation.”

He also mentions other research questions, where there could be an interest in comparing Switzerland to other countries, such as social inequalities, xenophobic feelings, etc., so many issues that echo NCCR LIVES’ concerns.

“It is not bad at all to see Switzerland at the heart of these very large international surveys’ methodology”, the head of IP15 is delighted to say.

At a time when Switzerland is showing signs of pullback and when its participation in European research projects is being called into question, the news deserved at least to be shared.