International Conference organised by IDHEAP, NCCR LIVES and the Institute of Social Sciences of the University of Lausanne on April 10-11, 2014.

Call for submissions of papers that analyse the policies and politics of social investment. More specifically :

Paper submissions should consist of a title, an abstract (300 words max.) and full contact details of all authors.

They should be sent to socialinvestment2014@idheap.unil.ch no later than 20th December 2013.

23.10.2013 > Two US researchers in Switzerland for planting equal opportunity seeds in Academic minds 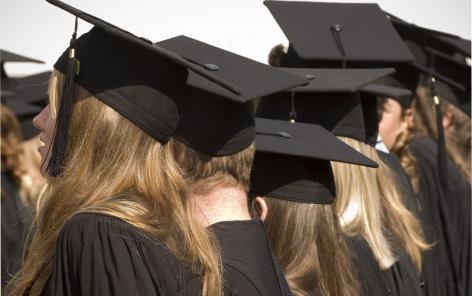 The Swiss National Centre of Competence in Research LIVES and the Equal Opportunity Offices of the Universities of Geneva and Lausanne have invited two eminent specialists of gender issues to run a series of workshops. From November 27 to 29 2013, they will attempt to make new ideas flourish in order to break through the university’s glass ceiling.

Three major events will take place at the end of November at the Universities of Geneva and Lausanne regarding the promotion of women’s academic careers.

This three-fold initiative is called “Gender Awareness in Academia: From Principles to Practice” and was born out of a mandate of the Swiss National Centre of Competence in Research LIVES – Overcoming vulnerability: Life course perspectives (NCCR LIVES).

The NCCR LIVES partnered with the Equal Opportunity (EO) Offices of its two home institutions to plan and organise this training programme, intended for a variety of target audiences.

As required by the Swiss National Science Foundation (SNSF), which funds them, all the national centres of competence in research such as LIVES have the promotion of women researchers as one of their tasks.

“We wanted to give a bit of an innovative turn to our Action Plan”, says Prof. Nicky Le Feuvre, who is in charge of the EO measures on the LIVES Steering Board.

The two keynotes are Virginia Valian, Senior Researcher at the Department of Psychology of Hunter College (NY), and Denise Sekaquaptewa, Professor of Psychology at the University of Michigan. She will replace Abigail Stewart, who had been announced in the invitations that were mailed last September, but who is unable to travel for health reasons.

Both have conducted intensive research programmes on gender issues and actively participated in initiatives for the promotion of women’s careers in their respective institutions.

The three-day programme includes a gender awareness workshop that will take place in Geneva on November 27 and in Lausanne on November 28. It is designed for senior members of the NCCR LIVES and other high-level academics.

According to Nicky Le Feuvre, “Most academic EO programmes target women, thus running the risk of framing them as “the problem”. Our idea in LIVES was to turn the reasoning around and to start from the premise that the real problem for women in the academy was basically the gender stereotypes that the senior (usually male) gatekeepers may have.”

The workshop, to be run by Virginia Valian and Denise Sekaquaptewa, will be resolutely interactive, hands on and entertaining, offering those who have climbed the academic ladder an opportunity to critically explore their own beliefs and practices. With many specialists of social inequalities in the audience, the debate promises to be lively!

On November 28, Virginia Valian will also give a public lecture, in English, at the IDHEAP Aula (Lausanne). Entitled “Why so slow?”, it will be inspired by her regularly re-edited best-selling book of the same name, first published in 1998.

Drawing on data from psychology, sociology and economics, her conclusions remain highly topical and help to explain why even today so few women occupy positions of power and prestige in the academic world.

For a sustainable impact

Finally, on November 29, the two US researchers will lead a train the trainers seminar in Lausanne. This session is aimed at gender specialists, from within or outside the academic field, e.g representatives of EO offices in universities, city administrations, at the cantonal or federal level, as well as other people with a professional interest in promoting gender equality.

This seminar aims at exchanging ideas, good practices and teaching materials, in order for the Gender Awareness Academia’s initiative to produce fruitful results in the long term, in as many domains and areas as possible.

See the call for papers: