22.07.2013 > The evolution of Swiss retirement policy, as seen by sociologists 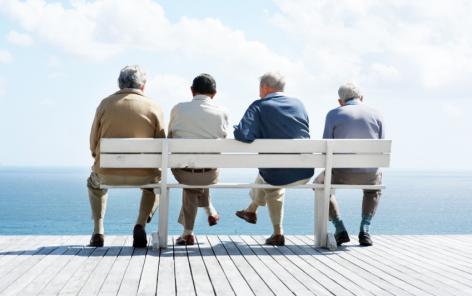 The evolution of Swiss retirement policy, as seen by sociologists

During the 9th Congress of the Swiss Sociological Association in Bern at the end of June 2013, a workshop organized by René Knüsel (UNIL) and Jean-François Bickel (HES-SO and NCCR LIVES), in conjunction with Béatrice Steiner (UNIL) and Laure Kaeser (NCCR LIVES), examined the issues pertaining to the state pension scheme. One of the organizers, who also presented a paper, compiled the following review of the workshop and its main conclusions.

On June 21, 2013, the Swiss Federal Council approved the outlines of the pension reform scheme, “Pensions 2020”, putting emphasis on maintaining pension levels and consolidating sources of funding for the state pension scheme. The main arguments heard focused on the resources necessary for maintaining the AVS (State Pension and Survivor Benefits) scheme and the second pillar (Work Pensions), as well as on the aspects of extending working life. One week later, it was the scientists’ turn to consider the matter on the occasion of the Congress of the Swiss Sociological Association held at the University of Bern. Within the framework of the C16 workshop, researchers tried to avoid the fiery debates, with their undue focus on ideological and political battles, and instead bring a detached and more analytical perspective to bear.

In the face of alarmist talk about the need to extend working life to offset the effect of ageing populations, the findings presented evoked the persistence of social inequalities in old age. These disparities, which tend to be overlooked in current debates, stem from divergent life trajectories, in which individual characteristics and structural contexts impact on health and living conditions upon retirement.

While the 1st pillar (state pension, disability and unemployment insurance) is the most egalitarian, thanks to the 10th revision of the AVS, the conditions relative to the structure of the 2nd and 3rd pillars (work and private pensions, respectively) tend to deepen socioeconomic inequalities past retirement age. The 2nd pillar depends, among other things, on the contribution period, income levels and the pension fund, and in fact prejudices against those with irregular career paths and/or low-skilled positions. Women thus run a high risk of discrimination by a retirement system still largely based on the figure of the man as chief household provider. Other sections of the population are likewise affected, such as persons of foreign origin, many of whom have labored hard, such as construction workers or cleaners, and for whom an extension of working life would hardly be conceivable. As for the 3rd pillar, it is based on individual thrift and thus rests on the capacity of individuals to save a portion of their financial income during their working life.

The elderly: push or protect?

Relieved of their professional obligations, retirees remain for the most part no less eager to continue to engage with society. But this does not necessarily hold true for certain economic and political players, who distort this argument to support their views on extending working life. They thus turn the desire of some retirees to take active part in society into an normative precept to make a positive contribution to society and stay economically useful - or at least, not to be a burden. It is evident that current social policy already largely relies on a “sandwich generation” that must often look after elderly parents and take care of the grandchildren at the same time.

With its three pillars based on different principles, the Swiss retirement system is often seen as obscure and inaccessible. Few people are able to grasp all of its points and subtleties. The researchers thus concluded that it was necessary to raise public awareness and improve access to information for every Swiss resident. This should allow every person so minded to take part in current debates on the future of retirement, debates that still remain all too often inaccessible on account of their complexity.

The workshop organizers would like to thank all participants for their valuable contribution. The following took part in this workshop: