27.06.2013 > The National Centre of Competence in Research LIVES learns a lesson in policy and communication 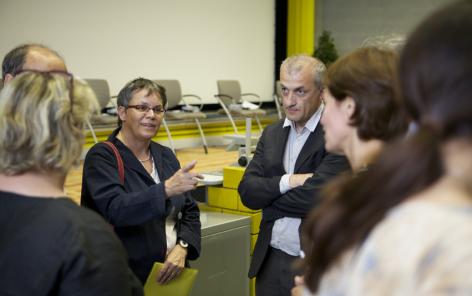 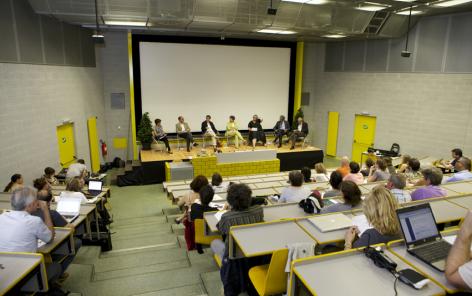 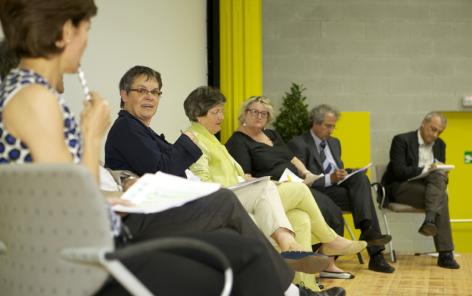 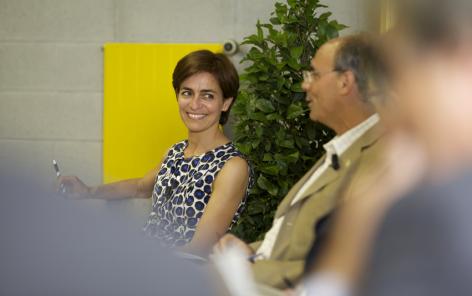 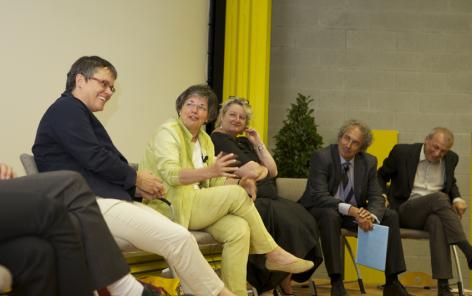 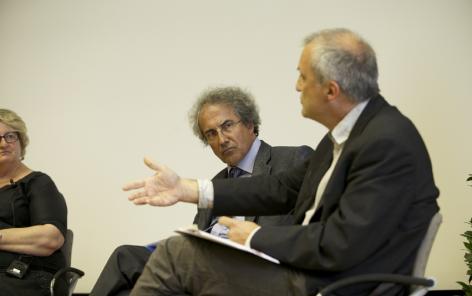 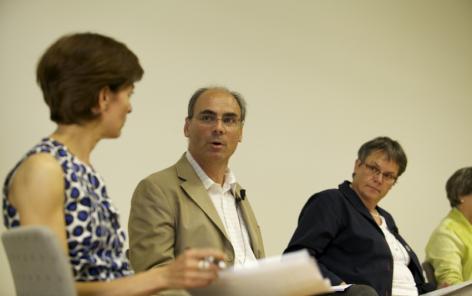 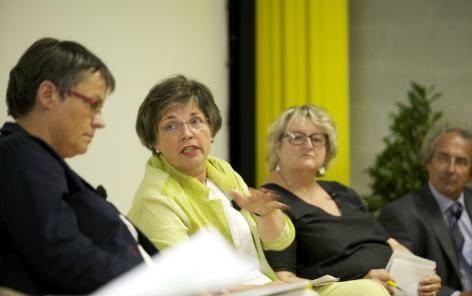 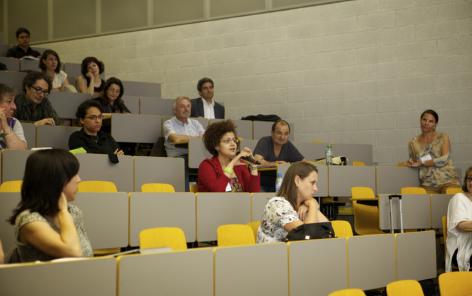 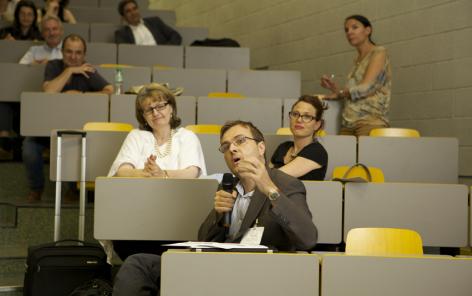 A roundtable held on June 21, 2013 in Geneva brought social science researchers together with federal parliamentarians and managers of social organizations at the cantonal level. The goal was to find ways to make research more useful in setting public policy. The debate was lively and sometimes cruel for the academics, who need to learn how to better share their knowledge.

"How to connect social sciences with society: Development of family policies at issue": The main goal of the roundtable organized by the National Center of Competence in Research LIVES at the University of Geneva on Friday June 21 was to open up dialog between research, policy and action as well as to identify paths toward improvement.

During the hour and a half of debate organized by journalist Esther Mamarbachi before an audience of 60 people — from inside and outside the academic world — several ideas emerged, reminding everyone of their responsibilities whilst highlighting the limits inherent in each profession.

UP CLOSE AND PERSONAL

The director of the NCCR LIVES, Dario Spini, began by underscoring that divisions within the federal system did not make contact with decision-makers and administrations any easier. Liliane Maury Pasquier, socialist councilor at the Swiss Council of States (Geneva), indicated that Members of Parliament sometimes received information from academics, but not always in a form appropriate for political action. She encouraged researchers to use e-mail or the telephone to alert federal representatives when a topic they have data on is on the agenda.

Some participants, such as Walter Schmid, president of the Swiss Conference of Institutions for Social Action, and Jean Blanchard, general secretary of the "Mouvement populaire des familles" (grassroots movement for families), pointed out  how hard it is to make decision-makers take notice of certain realities. Both politicians present, including Lucrezia Meier-Schatz, a national councilor of the Christian Democratic People's Party (Saint-Gall), added that Switzerland's social advances systematically run into a question of costs.

A PLATFORM FOR EXCHANGE

Everyone admitted that research and policy don't advance at the same pace. Several speakers agreed that it makes sense to conceive of associations taking a central role in knowledge exchange between research and policy, as much in formulating questions as in the popularization of solutions, in a similar way to the Family Observatory, as called for by Sylvie Reverdin-Raffestin, director of Pro Juventute Geneva.

A large part of the debate dealt with solutions. The participants asked researchers to better communicate for various audiences, including the general public and economic circles, and not just to preach to the choir. Walter Schmid asked that research programs should be launched based on transparent, participative decision-making processes, allowing real questions to be asked that will interest Switzerland in the coming years.

The National Center of Competence in Research LIVES has already been launched. However, it has ten years left, a real luxury in the research field, where finances often cover much shorter periods. At the end of the debate, Dario Spini said that a stronger will to build bridges had emerged, and that it is now necessary to consider a permanent structure that will guarantee these exchanges. "This is why we wanted to meet in the first place, to know what we should do, and what we will do together."

"I wouldn't like to reduce research to providing responses as limited as statistics. [...] Research on family or labor policy is done in an environment of international, global reflection, and proceeds from rather different reasonings. We have answers, but we don't know who to tell, who they'd interest."

"We aren't going to transform all researchers into opinion leaders, and I don't even think that's desirable, because a certain independence needs to be respected."

"In the area of migration, for example, we know a lot about the integration process, we know what should be done to improve social cohesion, but the political world doesn't want to know."

"It's not enough to know how many children are on social welfare, one needs to know better how this insecurity develops over the life course."

"Sometimes you discover, partly by accident, that there is research that is really interesting for our daily work. Researchers should make a greater effort to share this data."

"When you try to get into the causes of phenomena like stress at work, mobbing, burnout, etc., where you have to address work conditions or corporate responsibility is involved, you can't get any studies."

"The only thing that can get the attention of most Members of Parliament is knowing that the problem is so expensive that it's worth investing in research to change it."

"I often tell researchers, that in this or that field, they're the ones who know. So they ought to tell us — it's a civic duty."

"What we need is the means to justify policy change. Your research is useful, the associations play the role of communicators, and the politicians must try to convince a certain number of people who are not on board with the cause."

"I would mainly hope for a much more fruitful dialog with the economic circles. If you want to advance something, I think it's absolutely necessary to exchange with their think tanks."

"At the cantonal level, issues associated with families are watered down between all the departments, and we can't connect anymore. The issue of housing will be dealt with in one, and the family in another."

"Creation of a family observatory for each canton is vital, because if you want to move ahead, you can't do without it."

A MASTER'S STUDENT IN SOCIAL SCIENCES IN THE AUDIENCE

"Above all, don't forget teaching! My life has completely changed since I've studied social sciences, and if we create good citizens, people who can think and have real abilities, we can really create a connection between research and policy."

ERIC WIDMER
PROFESSOR OF SOCIOLOGY AT THE UNIVERSITY OF GENEVA, HEAD OF IP8 AT NCCR LIVES

"Researchers need to better listen to politicians, but maybe politicians need to express their needs more clearly. Their goals overlap, but only partially. Unfortunately, perhaps, we don't build our careers on the answers we provide for the country, or in any case only partially, and I think that this type of event is important for both sides and should be held again in the future." 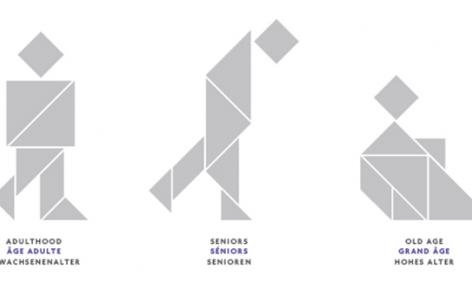 The 9th Congress of the Swiss Sociological Society will be held June 26-28, 2013 at the University of Bern. It is devoted to the topic “Inequality and Integration in Times of Crisis”. Almost 40 researchers working at the LIVES national research center will be contributing.

Chaired by Eric Widmer, professor at the University of Geneva and head of IP8 at the NCCR LIVES, the Swiss Sociological Society will present many contributions by academics involved in LIVES projects at the 2013 Congress, organized by the University of Bern Institute of Sociology.

Another workshop (B01) organized by Jacques-Antoine Gauthier will cover “Life course and personal relationships”.

The workshop (B11) covering “Modelle sozialer Ungleichheit (DGS - Sektion Modellbildung und Simulation)" will provide Isabel Baumann an opportunity to explain "How to survey displaced industrial workers in Switzerland: survey bias and ways around it" (with Daniel Oesch and Caroline Vandenplas).

On June 28, the plenary session (C5) "Integration of Migrants in Comparative Perspective" will welcome Laura Bernardi for "Comparing Integration of first and second generation migrants" (with Claudio Bolzman).

Then the workshop (C01) devoted to "Life course, occupation and mobility", organized by Jacques-Antoine Gauthier, will include Andrés Guarin on: "Access to the labor market among second-generation immigrants in Switzerland".

At workshop (D01), covering "Life course and later life" and again organized by Jacques-Antoine Gauthier, Ignacio Madero Cabib will present "The transition to retirement in Switzerland: A life-course study about retirement timing" (with Jacques-Antoine Gauthier, Jean-Marie Le Goff and Francesco Laganà); Rainer Gabriel "After the silent revolution: Poverty amongst the elderly population in Switzerland 1979" (with Michel Oris); and Julia Henke "Inequality in Quality of Life among the Swiss Elderly: A Multidimensional Approach".