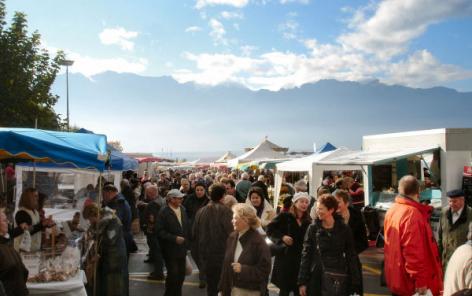 3600 Romands surveyed about the reasons for their well-being

A new survey of the NCCR LIVES starts at the end of 2012 with a large sample of people in French-speaking cantons to collect data on their quality of life.

On November 19th, 2012, the polling institute M.I.S. Trend mandated by the Swiss National Centre of Competence in Research LIVES, began contacting 3,600 people constituting a representative sample of the French-speaking population.

This new study is being conducted within the framework of the LIVES IP15, by Professor Dominique Joye and Dr. Caroline Roberts of the Institute of Social Sciences at the University of Lausanne, in collaboration with Dr. Michèle Ernst Stähli of the Swiss Centre of Expertise in Social Sciences, FORS.

The questions ask about society in general, well-being, social support and the social status of the respondents. The data will be used in particular to improve knowledge about the social situation of the residents of western Switzerland, and will also feed into European research on well-being and its measurement challenges. The results of this study will be made available to participants in mid-2014.

16.11.2012 > LIVES PhD Students present their research to the Review Panel 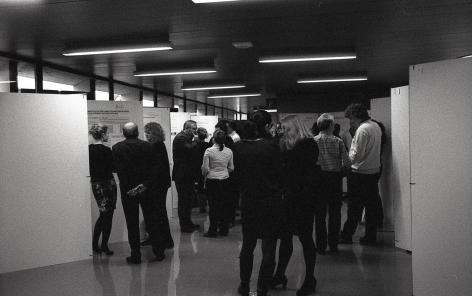 LIVES PhD Students present their research to the Review Panel

The 2012 Site Visit of NCCR LIVES by international experts in Geneva was the occasion to focus on the work of the junior researchers. An exhibition of 41 posters presenting most of the thesis projects took place and was highly appreciated by the visitors.

Once a year, all national centers of competence in research must go through the examination of members of the Swiss National Science Foundation (SNSF) and international experts composing the Review Panel.

For the 2nd Site Visit of NCCR LIVES on November 12-13, 2012, 10 members of this evaluation committee met the LIVES steering board, management team, IP leaders, PhD students and some senior researchers at the University of Geneva.

During the first day of the visit, the experts heard about NCCR LIVES achievements in terms of scientific research. Three poster sessions showing a total of 41 research projects were also organized in order to allow exchanges with the doctoral students.

Members of the Review Panel like Monica Budowsky, Professor of sociology at the University of Freiburg, and Prof. François Héran, researcher at the Institut national d'études démographiques (France), said they were impressed by the junior researchers’ enthusiasm to present their work.

“For the PhD students, it is also rewarding to get such feedbacks,” the scientific officer added. Many doctoral students confirmed that the experts gave them useful advices on their theoretical framework and research methods.

09.11.2012 > Springer Series on Life course, edited by LIVES Board of Directors, publishes a first book 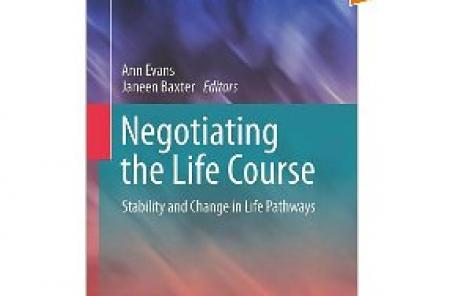 Springer Series on Life course, edited by LIVES Board of Directors, publishes a first book

The first issue in the series “Life Course Research and Social Policies” is now available in print and electronically. A NCCR LIVES team will edit the next volume.

The book Negotiating the Life Course: Stability and Change in the Life Pathways, edited by Australian researchers Ann Evans and Janeen Baxter, is the first issue of a new series by Springer and focuses on questions related to family dynamics, generational and couple relationships, and their effects on labour.

The series editors are Laura Bernardi, Michel Oris, and Dario Spini, leaders of the NCCR LIVES. They were involved in proofreading all chapters, to ensure the content fits the series aims.

The series Life Course Research and Social Policies invites academic scholars to present theoretical, methodological, and empirical advances in the field of life course studies, and to elaborate on possible implications for society and social policies.

A LIVES team will edit the second issue. Claudio Bolzman, Laura Bernardi, and Jean-Marie Le Goff are collecting papers on children of immigrants, with regards to the transition to adulthood including a longitudinal or transnational dimension. Researchers from Switzerland, Germany, France, Spain, Canada, Netherlands, and USA will contribute to this volume.

09.11.2012 > There is no habituation effect with unemployment, quite the opposite 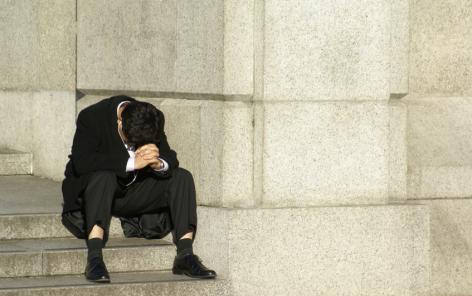 There is no habituation effect with unemployment, quite the opposite

People do not adjust better to unemployment by being surrounded by other unemployed people or remaining unemployed for an extended period of time. Daniel Oesch and Oliver Lipps have analyzed how life satisfaction evolves among the unemployed in different regions of Switzerland and Germany over time. Their article will be published in the European Sociological Review.

Submitted as part of the Swiss National Center of Competence in Research LIVES, a paper published online in the prestigious European Sociological Review (with a paper edition coming out in 2013) contradicts the view that a "culture of joblessness" would make the experience of unemployment more acceptable to individuals. Based on Swiss and German panel data, two researchers from the University of Lausanne, Prof. Daniel Oesch, a member of NCCR LIVES IP4, and Dr Oliver Lipps, a senior researcher at the Swiss Center of  Expertise in the Social Sciences FORS, show that the jobless do not recover from their drop in well-being as their unemployment drags on. In regions where the unemployment rate is high, the well-being of the unemployed is even lower than that of people with a similar profile living in regions where the unemployment rate is low.

According to certain economists, an individual’s motivation to find work diminishes when unemployment becomes a ‘way of life’. Longer unemployment duration or living in a region where unemployment is widespread would therefore end up making it acceptable. To encourage people to look for work, one solution would be to make unemployment less attractive. Since the social norm no longer pushes the unemployed back into work, it would be necessary to cut financial benefits in an effort to reactivate the will to work.

However, the two researchers report the opposite finding. As opposed to other critical events in life, the study shows that there is no habituation effect with unemployment in Germany and Switzerland. People who are unemployed do not become more accustomed to living as an unemployed person over time.

The Swiss data were collected by the Swiss Household Panel between 2000 and 2010. Unemployment rates ranged between 1.5% in central Switzerland, up to 6.7% for the region around Lake Geneva. In Germany, the data are even more solid: the period covered extends from 1984 to 2010 and the range of unemployment rates varies between 2.3% and 22.4%, depending on the states.

In both cases, the decline in life satisfaction is substantial. In Germany, as in Switzerland, the subjective level of well-being among the unemployed falls significantly and persists during the state of unemployment. Regions with higher unemployment rates (East Germany and French-speaking Switzerland) register lower levels of well-being than those in regions less affected by unemployment.

Daniel Oesch is not really surprised by these results, but all the same is glad that the habituation effect has not been confirmed: "Psychologists have already shown that unemployment creates suffering at the individual level, but economists have favored the hypothesis that the longer the unemployment, the less pressure there is on people seeking employment. As for sociologists, they have neglected the field of inequalities and have invested little in studies on life satisfaction. We are only beginning to see this more clearly."

"The question of unemployment is one of the rare fields where multidisciplinary approaches work really well," the researcher welcomes, expressing his wish for social policy interventions. While the study does say what must not be done – harden the living conditions of the unemployed – it only outlines possible solutions: the combination of effective retraining programs with macroeconomic policies that promote economic growth and job creation.