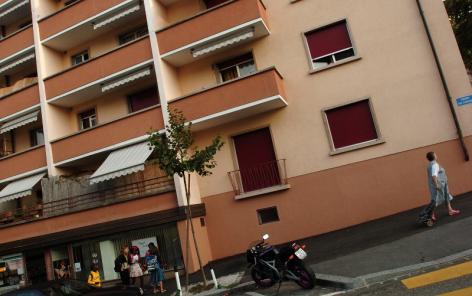 NCCR LIVES to meet the policy makers and the civil society

The National Center of Competence in Research LIVES aims, among other things, to promote the development of innovative socio-political measures. That is why the Social Policy Group was launched, bringing together five experts. One of its missions is to propose events and activities of knowledge transfer to policy makers and practitioners of social policy.

So-called hard sciences can lead to tangible advances in technology, but what about the humanities, where discoveries are less often patented and allow few marketable results? "Knowledge transfer is difficult to implement in the field of social policy, because decisions depend more on the political balance than on results of scientific research," says Professor Jean-Pierre Tabin, who teaches at the Haute Ecole de Travail Social et de la Santé – ESSP, is a researcher in LIVES IP5 and member of the Social Policy Group created by LIVES in early 2012.

He cites for example the recent decision of the Swiss National Council to once again harden the federal law on asylum, despite numerous studies which have shown that the precariousness of migrants has deleterious effects.

However, the scientific world is not ignored by policymakers. The Department of Health and Social Welfare of the Canton of Vaud will thus hold a new seminar in Autumn 2012 entitled "Poverty: individual trajectories, social logics", in collaboration with the NCCR LIVES and other academic partners. This comes two years after a first issue that had a great echo and whose proceedings were published this Spring. During the next event to be held on 11 and 12 October, a dozen researchers of LIVES, including several members of the Social Policy Group, will participate alongside the famous French sociologist Serge Paugam, director of studies at the French Ecole des Hautes Etudes en Sciences Sociales (EHESS) and Research Director at the French National Centre for Scientific Research (CNRS).

Other examples of NCCR LIVES intervening in the public arena are numerous: participation in panel discussions, research mandates on behalf of institutions and associations on topics associated with the vulnerability, response to media inquiries on social themes (see the press review).

According to Dario Spini, Director of the NCCR LIVES, knowledge transfer in terms of social policy will build up over the coming years, in collaboration with associations and civil society: "Our job is not to make policy, but to ask questions, give our opinion, share information, resulting from research and validated empirical facts that are not sufficiently known and spread. For example, if we see that divorce is a cause of poverty in single parent families and for women in particular, what are the answers? There is the welfare system, of course, but one could perhaps suggest other things. Few people tell those mothers that if it is legitimate to stop working, they would do well to continue learning; otherwise they may suffer from vulnerability later on in their life course, through a legitimate private choice. "

Conclusion: political and economic circles could have an interest in getting inspiration from those who study the evolution of society. LIVES research could even give ideas for new markets. Why not imagine mandatory training for housewives?

From private to public spheres

For the distinction between the public and private spheres is socially formatted, in the opinion of the LIVES Director: "With the moralization of the smoking issue, politics interfere nowadays in an issue previously considered as very personal. And if we let the people choose, it is not certain that they would decide on their own to limit their driving to 75 miles per hour..." 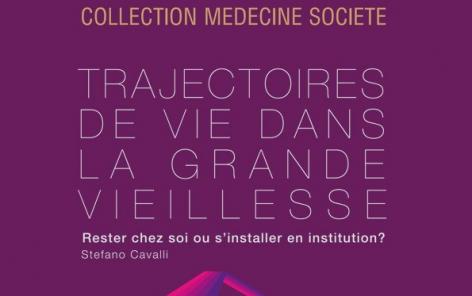 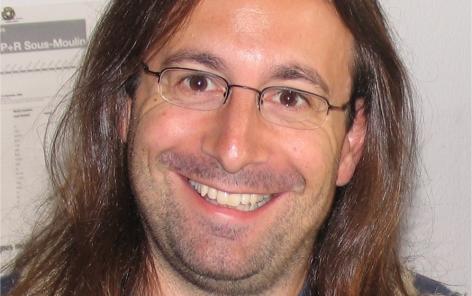 Stefano Cavalli, lecturer at the Interfaculty Centre of Gerontology and Vulnerability Studies (CIGEV) and member of the NCCR LIVES IP13, released in late May 2012 with Georg Publisher a book in French entitled "Trajectories of life in the very old age. Stay home or settle in institution?" Interview.

What is the reason for this book?

Stefano Cavalli: In Geneva, for 30 years, we have been studying the trajectories of life and health of the elderly. In the late 1990s, I conducted a comparative analysis of populations living at home and in nursing homes based on data from a cross-sectional study in 1994 in Geneva and Valais (see my book "Old people in home, old people in board: a comparison"). Then, I was involved in the research program SWILSOO ("Swiss Interdisciplinary Longitudinal Study on the Oldest Old"), directed by prof. Chistian Lalive d'Epinay, that enabled to follow octogenarians for 10 years in the same regions. In my case, I am particularly interested in the trajectories of very old people who have settled in a nursing home during the study. With quantitative and qualitative data, I was able to reconstruct the path of new residents from upstream of the transition.

How many people participated in the study?

The SWILSOO study was monitored over a period of up to 10 years, with 717 people living in Geneva and Valais. Initially, participants were between 80 and 84 years old and lived in a private home. A hundred of them have moved into an institution during the study. In addition, 74 people, including 26 residing in nursing homes, have also undergone a thorough interview.

What is the average age of entry into a nursing home and the average time before the fatal outcome?

The entry into an institution is encreasingly later. In Switzerland, 6% of people aged 65 and over and just under 20% of people aged 80 and over are residing in nursing homes. The cantonal disparities are significant. The average age in care homes is 84.7 years for women and 80.9 years for men. The women spend an average of 3 years, men only 1 year (OFS data 2000 and SOMED data 2007).

What are the difficulties faced by the elderly at the time of entering a nursing home, then into this new stage of life?

I would distinguish two types of problems: those related to their situation (poor state of health, in particular) and those related to having to confront a biographical disruption as the entry into an institution.
Although very old age is not synonymous with illness and dependency, the very elderly face many challenges (weakening of their body and mind, loss of independence, death of relatives, etc.). It's just when the senescence process weakens the ability of the individual to adapt to change (plasticity) together with the ability to maintain a balance with the physical and social environment, that the person entering the home faces a major disruptive event.
The decision to go to EMS is also difficult because it involves leaving part of his life to go into unknown territory.
Finally, the institution is associated with the idea of ill health, dependency. For those who enter, it symbolizes the failure of home support and recognition of the loss of autonomy. New residents are aware of the irreversibility of the decision and know that, without exception, to settle in a nursing home reports that one has entered the final straight line of life.

What are the resources that older people mobilize to adapt to this new environment?

Life in EMS is generally perceived negatively and raises many fears among most elderly. Yet, when the word is left to people who have just entered one of these institutions, the picture is more nuanced. While some residents have experienced the transition as a trauma, other stories are decidedly more positive, with people satisfied with their new environment.
What struck me is that most older people I met in nursing homes told me they were behind the decision to enter an institution and have piloted the different phases of operation (the choice of the facility, to being on a waiting list, until the signing of the contract home), which contrasts with the experience of professionals. In fact, reinterpret what happened, say that one chose the institution, while this has seldom been a real decision, is a way to reclaim his life and is part of a strategy that help adaptation to a change. Stay in control of his life - or at least have the illusion - is used to better accept the loss of home.

How are people in nursing homes feeling today?

My study does not describe the characteristics of people in institution (transversal view) but consider the trajectories of those who enter (longitudinal perspective). But we can say that nowadays it is rare for independent elderly to move to a nursing home. New residents are primarily people who followed a health trajectory of decline, characterized either by dependency or chronic fragility.
In their testimony, almost all residents reported having been forced to leave their home: "I could not live alone at home" is the motto. But, contrary to what we might think, these people were not facing the loss of their spouse (or other cohabitant) in the months before the installation in institution, and they often lived alone for many years. If one cannot continue to live alone, it is mainly due to the accumulation of accidents and health disabilities, the need for ongoing care, anxiety and loneliness, factors that are often combined.
The entry into a nursing home is often preceded by a significant deterioration in health. Those that survive during the first year in institutions experience a stabilization of their condition, or even a decreased risk of falling or being hospitalized. Similarly, the move is accompanied by an intensification of family visits, contacts that do not diminish with time.
Finally, we observe an overall stability of the well-being, whether in the period of the move to the institution or later. Today, in Geneva and Valais, nursing homes for the elderly are not such bad places to live in anymore, causing a depressive tendency, loss of self-esteem and apathy among new residents. If some people living in institutions are depressed, it is mainly due to their advanced fragility, and it applies to their contemporaries who still live at home.

What has changed in 30 years?

In the years 1970-80, retirement homes were places to settle even before that health requires it; many residents were valid or able to keep their autonomy. In recent decades, spurred on by a policy of home support as long as possible for the elderly, entry into the institutions has been delayed. The needs of residents, increasingly older and heavily dependent, have changed at high speed and even the role of institutions had to be redefined. Today, the nursing homes are being invested in a dual role: on one hand, be a place to live for very elderly people suffering from physical and / or psychic problems that seriously affect their independence; and on the other hand, when the day comes, accompany residents to the death.

Professors Michel Oris, LIVES co-director and leader of IP13, and Pasqualina Perrig-Chiello, head of IP12, as well as a doctoral student, Ms. Marie Baeriswyl, ensure the opening presentations on June 8 and 9, 2012 at the Pavilion.

See the flyer of the Biel Forum on the Third Age: