27.03.2012 > Starting an innovative study on a young generation in Switzerland 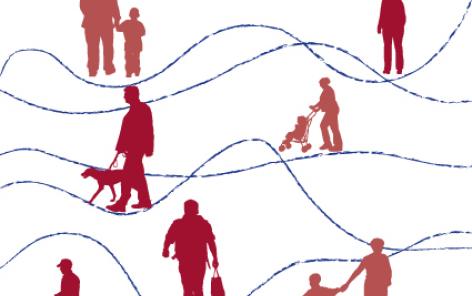 Starting an innovative study on a young generation in Switzerland

NCCR LIVES researchers will analyze the life course of a few thousand people born between 1976 and 1996. Part of the sample will consist of young who have done their schooling in Switzerland and whose parents are from south-eastern Europe. A method of data collection not yet widespread in Switzerland will be tested.

From spring 2012, biographical questionnaires will begin to circulate in the three Swiss national languages to people between 15 and 35. The goal is to better understand the trajectories of young people today, and especially children of the second generation of immigrants. To create this sample, researchers at the National center for competence in research (NCCR) LIVES will resort to the network of the respondents in order to identify new people to interview.

A new method of data collection though the participants’ network

This study is a complement to data from the Swiss Household Panel (SHP). The latter, launched in 1999, is led by the Swiss Centre of Expertise in the Social Sciences FORS, with whom LIVES works. For the first time, the attention will be focused on young people, initially with particular interest for those whose parents are of Albanian culture, an important community in Switzerland but whose place in the Swiss society has been little investigated to date.

"For the pilot phase of this investigation, we will test a method commonly used in the United States and Canada, but new in Switzerland. When we take a random sample of residents, ethnic minorities are underrepresented. Instead, we will start with 20 people and ask them to give us details of their social network, to form a group of 600 people by repeating this process several times”, says prof. Dario Spini, director of the NCCR LIVES.

The data collection will continue in 2013, extending to nearly 2000 young people across Switzerland and from all origins. The NCCR LIVES commissioned the survey institute M.I.S. Trend to conduct the interviews. To preserve confidentiality, the answers will be anonymous: the researchers only have access to data with no name, no address and no exact date of birth.

Crucial data for the future

The researchers are studying several aspects of the trajectories of respondents: places of residence, types of cohabitation, relationships, family, work, schooling, health. As in all LIVES projects based on a longitudinal study of the life course, key events, the break points and factors related to the possible development of a vulnerability and resources to overcome it will be studied. A series of qualitative interviews will also be conducted by LIVES researchers to investigate further certain trajectories.

12.03.2012 > LIVES' co-director at the Swiss Conference of Social Action Institutions 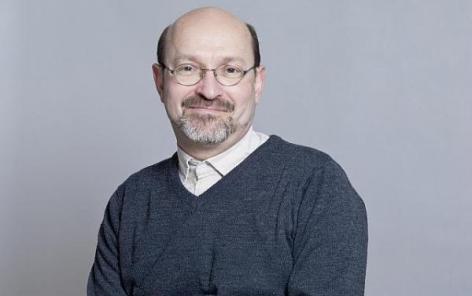 LIVES' co-director at the Swiss Conference of Social Action Institutions

During the National Day of the SCSAI, Thursday, March 15, 2012 in Biel, entitled "Too young to be old", prof. Michel Oris will evoke the lives and health of people over 65 years in Switzerland.

The director of the Interfaculty Gerontology Centre (IGC) and co-director of the NCCR "LIVES, overcome vulnerability, life course perspectives", will speak at 12:00 at the Palais des Congrès de Bienne.

See the full program below.

Conferences in econometrics for the opening of a professorship

On 19 and 20 March 2012, University of Geneva will host six candidates for a professorship in econometrics applied to social issues, whose research will have to match with the NCCR LIVES. Their presentation is open to the public.

They are organized as part of the recruitment of a professor or associate professor in econometrics applied to social issues, a position that has been shaped according to the NCCR "LIVES, overcome vulnerability, life course perspectives", in which the incumbent must set his/her research.

See the full program below.