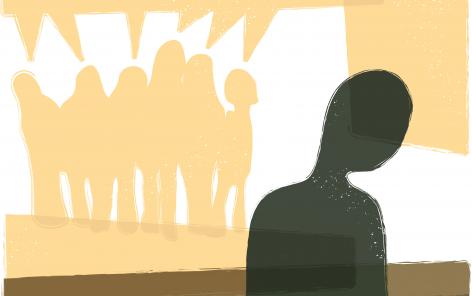 Handicapped children and adolescents are more at risk of physical, verbal and mental violence from fellow pupils than young people with other disadvantages, especially when they are identified as having special educational needs. For the publication of this research in Sociology, Stella Chatzitheochari received a prize at the annual conference of the Society for Longitudinal and Life Course Studies. The NCCR LIVES selection committee praised the scientific relevance and the originality of her study.

The LIVES Best Paper Award for Young Scholars recompenses interdisciplinary works on vulnerability in the life course. Remitted for the first time this year during the annual conference of the Society for Longitudinal and Life Course Studies(SLLS) in Bamberg, Germany, on October 6, 2016, the prize of 2000 euros went to Dr. Stella Chatzitheochari, assistant professor at the University of Warwick (UK), for her article “Doubly Disadvantaged? Bullying Experiences Among Disabled Children and Young People in England”, published online in 2015 and in print in 2016 in the journal Sociology with Samantha Parsons of the University College London and Lucinda Platt of the London School of Economics and Political Science as co-authors.

Dr. Chatzitheochari’s paper addresses the cumulating disadvantages met by pupils with physical or mental impairment who are victims of bullying. Already vulnerable because of their health condition and greater socio-economic difficulties associated with the handicap, disabled children and young people suffer a double penalty by experiencing hardship in their relationships within school. Being a victim has been proven to have potential harmful consequences for later life achievements, including emotional balance and socio-economic attainment.

The originality of this research is to bring a sociological, quantitative and longitudinal perspective to a topic that has been until now examined more from a psychological, qualitative or cross-sectional point of view. Drawing on data from the Millenium Cohort Study and the Longitudinal Study on Young People in England, Dr. Chatzitheochari looked at the reported victimisation of disabled kids and teenagers at age 7 and 15, controlling for other possible explanatory variables such as socio-economic status, educational performance, size and weight, gender, ethnicity, family configuration, etc.

Using three measures of disability, i.e. Long-standing limiting illness (LSLI), Special Educational Needs (SEN), and SEN with an official statement by the school system, Dr. Chatzitheochari builds on a social model of disability and observes that higher victimisation rates of disabled children are partly explained by the other vulnerability factors. However, she also demonstrates that all other things being equal, the institutional labelling – the so-called SEN (especially when reinforced by a statement) – significantly increases the risk of being bullied. These findings “draw attention to the school context as a potential site of reproduction of social inequalities,” the authors conclude.

Stella Chatzitheochari, holder of a PhD in sociology received in 2012 from the University of Surrey, is the first winner ever of the LIVES Best Paper Award for Young Scholars, which is due to be issued once every coming years. The selection committee, composed of the LIVES Board of directors and four other LIVES research leaders, representing several disciplines like sociology, social psychology, demography, statistics, economics, and social policy, received 53 articles coming from 20 countries all over the five continents. Six papers were presented by young researchers working in Switzerland, some of them being involved in the Swiss National Centre of Competence in Research LIVES.

The selection committee members ranked the articles according the following criteria: centrality of vulnerability and life course in the research, originality, interdisciplinarity, scientific relevance, and suitability of methods. Dr. Chatzitheochari easily won the contest and in addition to receiving a gift of 2000 euros, she has been complimentarily invited to present her study during the SLLS conference. Congratulations!