14.07.2016 > “Understanding key challenges for European societies in the 21st century”: The health issue 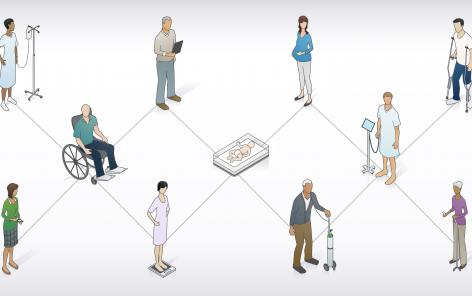 “Understanding key challenges for European societies in the 21st century”: The health issue

The 3rd International Conference of the European Social Survey (ESS), on 13-15th July 2016 at the University of Lausanne, is locally co-organised by FORS Swiss Centre of Expertise in the Social Sciences and sponsored by the NCCR LIVES. It notably features a presentation by Claudine Burton-Jeangros, Adrien Remund and Stéphane Cullati from the University of Geneva about health inequalities in Switzerland.

The 3rd International ESS Conference showcases research that uses data from the European Social Survey (ESS) to address issues such as migration, work and family life, wellbeing, health, welfare, political engagement and social norms and values. Practical and policy implications of the research will be drawn out wherever possible. The conference is being organised by the European Social Survey European Research Infrastructure Consortium (ESS ERIC) and the Swiss Centre of Expertise in the Social Sciences (FORS), with the support of the Swiss National Centre of Competence in Research LIVES – Overcoming Vulnerability: Life Course Perspectives.

The European Social Survey (ESS) is an academically driven cross-national survey that has been conducted across Europe since 2001. Every two years, face-to-face interviews are conducted with newly selected, cross-sectional samples. The survey measures the attitudes, beliefs and behaviour patterns of diverse populations in more than thirty nations.

They observed that over the 2002-2014 period, educational inequalities on self-reported health and being hampered in daily activities slightly increased: respondents with high educational levels tended to report better health status over time compared to respondents with low educational levels, and the former tended to report being hampered less frequently over time. Moreover, the association between household income and happiness (higher income, higher happiness) slightly increased over time.

Other inequalities declined during the 2002-2014 period: women tended to report higher self-rated health compared to men until 2006, then the difference between them slightly diminished wave by wave until 2014.

On 4 and 5 February 2020, the 18 new doctoral students of the NCCR LIVES presented their research at the NCCR LIVES Doctoriales. This annual workshop enables the NCCR LIVES to train the next generation of researchers in the field of life course and vulnerability. The doctoral students in turn benefit from the interdisciplinary viewpoint of experts on their work, thus promoting quality research. The projects cover many fields, such as health, aging, career trajectories and social networks, cumulative disadvantages/disadvantages or methodological advances.

Life Designing interventions (counseling, guidance, education) for decent work and sustainable development. The UniTwin international network organizes a two-day event with presentations open to the public. During the first day, the vernissage of the book "Repères pour l'orientation" will take place. During the second day, the members of the network will give symposiums, conferences and do a roundtable. The thematic of this day will be the role of vocational counseling to promote access to sustainable careers. The event is held on March 5-6 2020 at the University of Lausanne, Amphimax, room 414.