13.07.2015 > “Transformation of the Swiss elites”: First article of a new series on social change 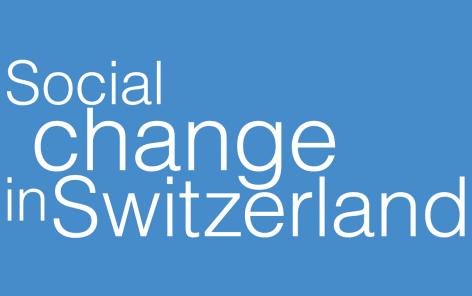 “Transformation of the Swiss elites”: First article of a new series on social change

During the past thirty years, the coordination model of the Swiss elites has been significantly eroded as a result of globalisation and the rise to power of the financial market, as described by Felix Bühlmann, Marion Beetschen, Thomas David, Stéphanie Ginalski, and André Mach. Their contribution was published in the series "Social Change in Switzerland", which FORS, the LINES Centre and NCCR LIVES co-edit.

Based on a large dataset including the profiles of 20,000 leaders in the economic, political, and administrative spheres between 1910 and 2010, five researchers in the social and political sciences from the University of Lausanne show that traditional networks of co-optation and coordination have lost quite a large part of their influence.

Their article, “Transformation of the Swiss elites”, is the first of a new series entitled Social Change in Switzerland, which is co-edited in French and German by the Swiss Centre of Expertise in the Social Sciences FORS, the Life Course and Inequality Research Centre LINES (Faculty of Social and Political Sciences, University of Lausanne), and the Swiss National Centre of Competence in Research LIVES.

The authors observe different characteristics of Switzerland’s elites at five moments in time: 1910, 1937, 1957, 1980, 2000, 2010. They notably look at issues like gender, the education level, the nationality, the military rank, and the involvement in executive boards, extra-parliamentary commissions, committees of economic organisations, etc.

On the basis of these comparisons, they demonstrate how the Swiss elites were co-opted and have coordinated throughout the 20th century, thanks to their educational paths (law studies mainly, ETHZ to a lesser degree) and the involvement in typically masculine socialisation hubs (student associations, army, clubs-service, but also executive boards, extra-parliamentary commissions, economic organisations).

For the past thirty years, this multipositionality of the Swiss elites’ central figures has constantly diminished: the proportion of leaders linked to several spheres of power clearly decreased, which reduced occasions for consultation. Even within the sole economic sphere, relations between industry and the banking sector have weakened, as shown by the changes in the composition of executive boards. This situation reflects the fact that large companies have partly abandoned credit in favour of the stock market.

The current dominant fractions of the Swiss elite – UDC party in politics and hyper globalised managers in economics – seem to have no common ground. It is an open question whether and how these winners of the Swiss elites’ transformation process start rebuilding a new system of coordination.

This 10-page paper is perfectly in line with the new series’ ambition to propose empirical findings drawn from academic research to a non-scientific, yet well-informed public, so as to stimulate reflection on social change in Switzerland. Other topics are in the pipeline. The editors aim at a frequency of about six articles per year.