20.03.2014 > Social sciences research and social media: false enemies that must be brought together 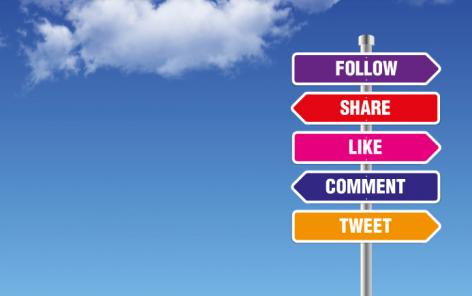 Social sciences research and social media: false enemies that must be brought together

The presence of the Swiss National Centre of Competence in Research LIVES on social networks is growing. In what ways can these new forms of media be useful for academic research, and what are their target audiences?

Like a seed sprouting after a long winter, the NCCR LIVES audience on Facebook and Twitter has recently started to emerge with the appointment of a young "Community Manager", namely Fiona Friedli. In one month, the number of followers has grown by about 40%, bringing together people from all walks of life. In the research community, however, the issue is still far from being resolved and plenty of reservations remain.

At the National Centre of Competence in Research LIVES, we believe that social networks are useful tools for the transfer of knowledge that has been generated. As pointed out by communication sociologists Philippe Breton and Serge Proulx, “web users do not focus exclusively on what they are looking for a priori, but let their curiosity take them around different parts of the information environment”. The challenge is therefore to grab their attention through concise information so that readers can then be directed to more substantial content.

The objective of the LIVES communications team is to promote the work of the Centre’s researchers and to provide information to stakeholders and the general public. The links posted on social networks can refer to events, scientific publications, outreach papers or more generalist press articles about research.

Unlike other means of communication, social networks like Twitter or Facebook have a “pollinator” effect: when information affects one person, this person can pass it on very quickly to his or her own network. Thus social media may be seen as information channels that complement the other tools we already use to communicate both inside and outside the University.

But this view is by no means unanimous in the academic world. Recently in Le Monde CNRS researcher Sylvain Deville expressed disappointment that, unlike the Anglo-Saxon countries, French researchers are often hostile to the use of social networks for relaying academic information, even though at an institutional level more and more research centres and laboratories have accounts on Twitter, Facebook, LinkedIn, etc.

It seems to us that the lack of legitimacy affecting social networks also applies more generally to all non-scientific communication media. Which raises other issues: is it desirable to disseminate scientific research widely, and in order to do so to sometimes simplify the content of research?

In regard to this point we refer to a debate by sociologists Cyril Lemieux, Laurent Mucchielli, Erik Neveu and Cécile Van de Velde, the latter also being very active on Twitter. This discussion - “The sociologist in the media: sharing and distorting?” - addresses the issues relating to the presence of sociologists in the media sphere, from the point of view of the sociologist as both a scientist and citizen.

Erik Neveu notes for example that while media coverage of Sociology is currently growing and that this may present some risk of manipulation or diminishing of scientific language for researchers, it also allows “the introduction into social debates of elements of objectification of questions and formulation of research questions that can stave off simplifications, the false clarity of common sense, and the well-framed arguments of lobbies or institutions who have a hidden agenda."

The sociologist adds that "this duty to speak also comes from the fact that we have the privilege of being able to conduct often exciting research thanks to taxpayers." While subtly drawing attention to some areas of tension which researchers have to address, Erik Neveu invites them to take on this demanding challenge: to make themselves heard in the media and society.

Conscious of these issues, and in accordance with the mandate of the Swiss National Science Foundation, the management of the National Centre of Competence in Research LIVES intends to promote dialogue between the academic world and society at large: politics, economy, institutions, associations and media. A task to be achieved through collaboration between the Centre’s researchers and for which it is preferable to increase the number of communication channels.