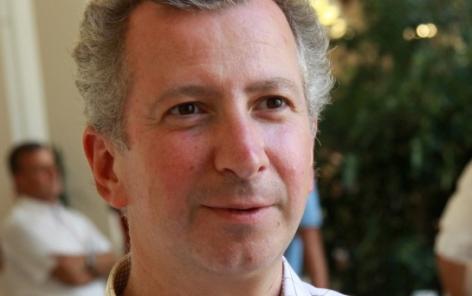 “Seeking religious ways of coping may constitute an advantage”

The 2013 Congress of the International Association for the Psychology of Religion (IAPR) will be held at the University of Lausanne, August 27-30, 2013. The NCCR LIVES supports the event and asked the president of the association, Prof. Vassilis Saroglou (Université catholique de Louvain, Belgium) to situate the religion question in a life course perspective.

- In your pre-conference, you will talk about "Measuring religious and spiritual dimensions in securalised societies": beyond the methodological aspects, what can you say to non-specialists about the forms and degree of spirituality in our modern societies?

There is today an increased interest and investment of people on what we can call “modern spirituality”. This refers to a global life attitude that implies belief in a sense of transcendence, belief in the meaningfulness of one’s own life and the world in general, as well as the feeling that all beings, human and non-human, are interconnected, which implies some relevant moral concerns. This modern spirituality is partly independent from traditional, institutionalized religion. However, several questions of particular importance are still open today and need further research in psychological and social sciences.

For instance, is this modern spirituality limited only to secularized Western countries or is it present cross-culturally? Is the psychology of the modern spiritual people similar or different to the one of the traditionally religious? In other words, is modern spirituality something new or is it just another word, more socially desirable, to describe typically religious aspirations in contemporary Western societies? Through which terms, using which language, can we measure such a psychological construct in modern secular contexts? As far as it refers to more individualized tendencies and often to a non-personal sacred entity, can spirituality fulfill traditional religion’s role in facing vulnerability through, for instance, social and community support?

- Which link can you establish between the psychology of religion and the issue of vulnerability in the life course?

Vulnerability has many aspects involved in the intra-individual functioning. Some of these aspects are particularly relevant when it comes to a religious vs. non-religious approach of life. I think in particular on three kinds of vulnerability: social isolation, existential anxiety, and personal events that lead to loss of self-control. With regard to these three types of vulnerability that may appear in people’s lives temporarily (in very specific situations or with more salience in specific ages) or more permanently (among individuals who are psychologically or sociologically more susceptible to vulnerability in general), religion plays a particularly important role; some would say a rather unique one or at least difficult to be replaced by alternatives, given the integrative aspect of religion (beliefs, rituals, emotions, community, norms).

For instance, social isolation of marginalized individuals (e.g., poor people, people with disabilities) or groups (e.g., immigrants, ethnic minorities) fuels specific needs that seem to be often met through religious ways of coping at either the individual or the collective level. The same is true for general existential uncertainty or in particular death anxiety, as shown by recent experimental work supporting the idea that religious individuals are to some extend “immunized” against such internal threat like mortality salience. Finally, a huge array of personal negative events (to name some: illness, death of loved ones, family crisis, economic difficulties, natural disasters) or even some subtle negative experiences introduced in the lab (temporary threat of self-esteem, meaning, and personal control) are typical situations that push people to seek refuge to religious and spiritual resources.

- In a recent publication*, you assume that positive emotions increase spirituality. However, you start by recalling that "Spirituality has mostly been studied in psychology as implied in the process of overcoming adversity, being triggered by negative experiences, and providing positive outcomes"... Are there data about they way people resist to adversity depending on their faith? And can you suggest some ways of increasing positive emotions?

There is indeed massive empirical evidence coming from a variety of methods (longitudinal studies, clinical studies, psycho-historical sources, experimental work in the lab) attesting the compensating function of religion with regard to pre-existing or emergent vulnerability.

However, this is not the whole story about religion. Religion also results from some kinds of positive experiences (especially those that constitute self-transcendent experiences); and religious beliefs and practices boost positive emotionality in general and some positive emotions in particular. Take the simplest example possible: why for centuries, not to say thousands of years, and even still today in contemporary secularized societies, people (many in the past, several today) go regularly (e.g., weekly or monthly) to a religious place for some religious collective or private practice? This is not so because they try to cope with guilt for their sins or to learn more through sermons about the dogmas of their religion. They do so primarily because they want to experience through religious rituals, again and again, opportunities for self-resourcing and self-transcendence of their everyday common reality.

- Comparing people believing or not in transcendence, what difference can we observe in their wellbeing?

Although the existing evidence is in favor of the believers comparatively to non-believers (overall better mental health, less physical health consequences as a function of stress, even some higher longevity), I do not believe that it is here the heart of the comparison. Indeed, the global effects are of small size; and recent international studies suggest that the effects are present only in societies where religion is highly socially valued, creating thus conditions for strong social support and social adaptation. The key difference locates in the interaction between religion’s effects and individual dispositions: among people with some pre-existing or current vulnerability, seeking religious ways of coping may constitute an advantage. In other words, for happy people, religion is neither an advantage nor a disadvantage, in terms of well-being. But for emotionally unstable people, it makes a key difference when you believe or not that life is meaningful, God loves you, and there is some reason to be optimist. Whether these beliefs are illusions or not, this is another story, but from a health psychology perspective we today know the positive effects of some so-called “positive illusions”.

- What are the current trends in the psychology of religion ?

Much more experimental work in the lab (e.g. on the social effects of the nonconscious activation of religious concepts), cross-cultural and cross-religious comparative research (e.g. on Muslims and Christians), cognitive and evolutionary understanding of religious beliefs and rituals, and a deeper dialogue between empirical/quantitative and other qualitative and hermeneutical approaches in psychology of religion.

Of particular interest in the conference of this year in Lausanne is the initiative taken by the IAPR board to organize a one-day preconference, in particular for the younger researchers. The preconference focuses on specific research methodology questions such as measuring religiosity among non-believers, the question of the multidimensionality of religiousness, and several recent advances in using alternative (e.g., implicit and projective) measures especially when studying very specific topics like children’s perceptions of God or the psychological aspects of prayer.