20.07.2016 > Research on ageing reveals current and future ills of society 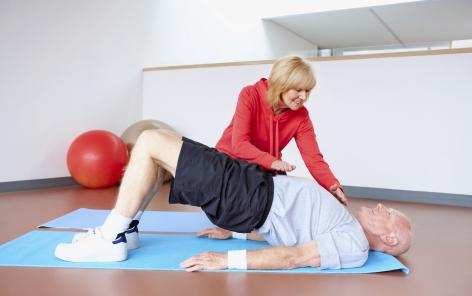 Research on ageing reveals current and future ills of society

Gerontology is much more than just the science of those interested in the elderly. By combining the perspectives of the various disciplines involved, it can provide an overview of the contemporary world and an outline of the challenges that affect the young people of today and the not-so-young of tomorrow. The National Centre of Competence in Research LIVES is taking part in this process. The work of its researchers has produced several excellent doctoral theses, as well as a recent contribution to a major publication.

Recognition for the National Centre of Competence in Research LIVES: its director, Dario Spini, and three colleagues – Daniela Jopp, Stéphanie Pin, Silvia Stringhini – put their names to a chapter in the 4th edition of the Handbook of Theories of Aging, which includes more than 700 pages, published in the United States by Vern L. Bengtson and Richard A. Settersten, Jr., bringing together "the most highly respected luminaries in the field.”

Biologists, psychologists, sociologists and experts in social policy and practice are all called upon to set out the current state of knowledge about ageing, identify the theories that are no longer relevant and determine which theories should now replace them in the light of the latest findings. According to the editors, describing new models must serve to predict the challenges that lie ahead and guide future actions intended to improve the human condition.

This 4th edition - some 30 years after the first in 1988 and less than 10 years since the previous edition in 2009 - takes a particular interest in the processes that are at work in ageing. It reflects the evolution of sociology and psychology, which are paying more and more attention to the dynamics studied from the life course perspectives, such as well-being or emotional relationships and the social network. The editors note that the underlying idea is to focus on the quality of life, on “aging well, not just aging long".

The chapter commissioned for the NCCR LIVES team therefore builds upon the rise of longitudinal studies, which are continuing to develop in Switzerland and in several other countries. The authors present four major lessons learned from recent and ongoing surveys in relation to older people. Firstly, the difficulty of placing such research within a single, fixed timeframe: which life phases to include for an overall understanding of the effects of age, how far back to go in the past, then how often to repeat the measures and how to delineate the different time periods in the pathways in an empirical sense?

Another problem: taking into account the heterogeneity of life courses and the multidirectional aspect of certain variables. For example, the well-known "paradox of well-being" - a theory considered as very robust up until recently, indicating that life satisfaction tends to increase with age - is only really true in rich countries and for people in good health. Models of ageing cannot therefore overlook differences in cohort, gender, and social and economic status.

One must also consider the multidimensional aspect of life courses, the fact that each existence is lived out in several domains, and is subject to factors which are both objective and subjective. Faced with difficulties, individuals may implement "selection, optimisation and compensation" mechanisms in the arrangement of their various types of resources (economic, social, physical, etc.) which make the identification of vulnerabilities and the understanding of resilience more complex for researchers.

Ultimately the ageing process occurs at several different levels. Biological age and social age do not always coincide; environmental, institutional and normative contexts also evolve and must be taken into account in the different generations studied.

It is difficult, therefore, to combine all of the many dynamics related to ageing in one definitive theory, Dario Spini and his colleagues conclude. Addressing both the welcome increase in longitudinal surveys and the difficulties for scholars in achieving interdisciplinary careers, they welcome the increased funding for life course studies, but remain cautious about the final contribution of these research activities to a comprehensive and universal understanding of the mechanisms of ageing.

A burst of doctoral theses

Cautious, or too modest? The doctoral theses completed in the framework of the National Centre of Competence in Research LIVES, some of which were presented very recently, certainly show definite progress in the analysis of certain aspects concerning the advance of old age. Laure Kaeser, Rainer Gabriel, Marie Baeriswyl, Julia Henke, and Barbara Masotti, who were awarded doctorates in 2015 and 2016 by the University of Geneva, all carried out their research at the Interfaculty Centre of Gerontology and Vulnerability Studies (CIGEV) under the (joint) leadership of Prof. Michel Oris and based on data collected by the Vivre-Leben-Vivere (VLV) survey, funded by LIVES. Other work is continuing and in the months and years ahead will provide new results.

These young researchers demonstrate that the change in the perception of older people, from supported elderly to active seniors, does not take into account the reality of the most vulnerable, those who have not really benefited from the democratisation of education, institutional and health progress, and the general rise in living standards. Their detailed analyses of the VLV sample, consisting of 3,600 people over the age of 65, and following two other major surveys carried out in 1979 and 1994, provide a very nuanced picture of ageing in Switzerland.

Julia Henke, for example, who presented her thesis on 17 June, compares subjective and objective indicators of precariousness to show the limitations of using the sole criterion of the poverty line when assessing economic vulnerability. Income from the Old-Age and Survivor's Insurance (OASI) does not guarantee that those who have no savings, are isolated or are in poor health will be free of financial difficulties. According to the researcher, “it takes both, economic and psychological paradigms to understand quality of life”. She emphasises that “the creation of social indicators requires a number of normative decisions”, which contribute to shaping our vision of the world, especially in a data-driven society.

The thesis of Marie Baeriswyl, presented on 16 June, also offers reflections along these lines. In her observation of the evolution of social participation in retirement, she notes that "the emergence of retirees who are multi-participatory, involved, consumers, and also integrated into different communities, whether private or public, is not happening without an increasingly large gap between these retirees and those who do not have the same opportunities and resources." Interestingly, a comparison with the surveys from 1979 and 1994 shows that before 2011, the question of life satisfaction was not addressed to the elderly, which again raises the question of what is being measured and what it reveals about current paradigms.

Marie Baeriswyl’s research confirms the link between social participation and well-being in retirement. It undermines certain theories such as the disintegration of social capital in contemporary societies and the loss of family solidarity, "fears that have long marked the consideration of issues affecting old age," notes the researcher. Conversely, she notes a polarisation between those well endowed with social, economic and cultural capital, who retain good emotional ties and have lives rich in activities, and those who are left behind, whose level of education is often low and who experience deteriorating health.

Gender inequalities also persist after retirement age, with men generally more involved in the public domain and women more focussed on the private sphere. An imbalance that will be interesting to revisit in a few years' time, to see if the growing participation of women in the labour market will change behaviours at the point of retirement.

This exciting thesis concludes with a call not to forget the importance of providing institutionalised structures for social participation and not to give in to the "ideology of de-institutionalisation", which would leave older people solely responsible for their own active involvement and which would disavow the injustices that are at the root of the differences in social participation between more fortunate and less fortunate older people.

It is therefore in agreement with the conclusions of the chapter by Spini et al. in the Handbook of Theories of Aging, which states that “it is well established that life expectancy and well-being are related to socioeconomic environments, yet many theories of aging focus on personal characteristics and individually based explanations rather than considering them in the context of or in relation to environmental factors.” At a time when the demographic weight of older people is posing a challenge not only to the welfare state but also to the equilibrium between the generations in democratic debates, addressing current and future conditions of ageing is a topic of paramount importance that will continue to grow in relevance.

On 4 and 5 February 2020, the 18 new doctoral students of the NCCR LIVES presented their research at the NCCR LIVES Doctoriales. This annual workshop enables the NCCR LIVES to train the next generation of researchers in the field of life course and vulnerability. The doctoral students in turn benefit from the interdisciplinary viewpoint of experts on their work, thus promoting quality research. The projects cover many fields, such as health, aging, career trajectories and social networks, cumulative disadvantages/disadvantages or methodological advances.

Life Designing interventions (counseling, guidance, education) for decent work and sustainable development. The UniTwin international network organizes a two-day event with presentations open to the public. During the first day, the vernissage of the book "Repères pour l'orientation" will take place. During the second day, the members of the network will give symposiums, conferences and do a roundtable. The thematic of this day will be the role of vocational counseling to promote access to sustainable careers. The event is held on March 5-6 2020 at the University of Lausanne, Amphimax, room 414.