15.02.2018 > Poverty in childhood has long-term effects on health, especially among women 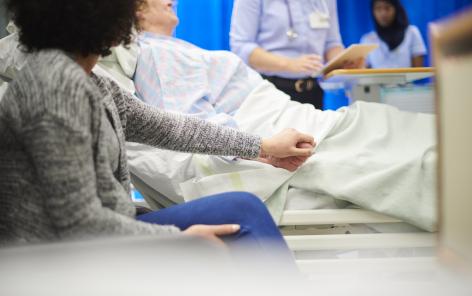 Poverty in childhood has long-term effects on health, especially among women

An interdisciplinary research project shows that some inequalities may be irreversible. Based at the University of Geneva and funded by the National Centre of Competence in Research LIVES, the team examined several aspects of health in people over 50 across Europe. It found that men are better able to compensate for a difficult start in life than women. The researchers advocate much earlier interventions in terms of education and prevention.

People who are materially and socially disadvantaged at the very beginning of their life course are more likely to have fragile health in later life, according to the "LIFETRAIL" project, conducted since the end of 2016 within the NCCR LIVES by Stéphane Cullati and several colleagues from the University of Geneva.

With an article by Boris Cheval et al. soon to be published in the journal Age and Ageing 1 following another that recently appeared in the journal Medicine and Science in Sports and Exercise 2, now is a good time to take stock of all this interdisciplinary research involving sociologists, psychologists, epidemiologists and physicians, and on which several papers are currently being submitted or published, mostly showing marked divergence between the sexes.

All are based on data from SHARE (Survey of Health, Ageing and Retirement in Europe) and cover nearly 25,000 people aged 50 to 96, interviewed six times between 2004 and 2016 in 14 European countries.

Seven health indicators are examined: self-reported health, i.e. how respondents subjectively assess their own health; muscular strength, checked by means of a portable dynamometer; respiratory capacity, measured by a peak flow meter that measures how quickly respondents are able to blow out air; the quality of sleep; cognitive disorders; depression, assessed by means of a questionnaire repeatedly validated by research; and finally the level of frailty, which is calculated by taking into account the body mass index and the degree of autonomy in several everyday actions.

To determine the socio-economic situation in childhood (at age 10), the analysis is based on four variables: occupation of the main breadwinner (often the father), number of books available in the household, quality of the housing (whether or not there was running water, toilets and central heating), and number of people per room in the home.

According to all these criteria, unfavourable socio-economic conditions in childhood are associated – to varying degrees – with poorer health in middle and old age, except for those men who have managed to climb the social ladder.

This upwards social mobility, which is so beneficial for men, can be observed by comparing the initial socio-economic status with that achieved in adulthood, in terms of education, type of occupation and current economic situation. Those who have completed university education, had careers of responsibility and who easily manage to make ends meet are clearly privileged from the point of view of health, even where they suffered from poverty in childhood. This is less commonly the case for women in the cohorts studied.

"It would seem that women who have never worked have not been able to acquire certain behavioural skills," says Stéphane Cullati, for whom the paradox of women's longer life expectancy is nothing but an illusion: "Just because people are kept alive longer doesn't mean they are necessarily healthy."

The researcher expects to see gender differences wane in the future, thanks to better access to education and the world of work for new generations of women, while warning against the 'double sentence' of those who combine low-skilled professional work with domestic chores.

The work of the LIFETRAIL project has clear implications for public policy. "For physical activity, for example, we see that a high level of education cancels out the effect of unfavourable socio-economic circumstances in childhood," says Boris Cheval. "But for peak flow or muscular strength, on the other hand, the effect remains marked in women, regardless of their socio-economic trajectory into adulthood. We should therefore act much earlier!"

Part of the research project, led by Stefan Sieber, compares the self-reported health of respondents across different types of welfare systems and concludes that childhood poverty remains strongly associated with poor health conditions later in life, regardless of the social regimes throughout Europe. So the challenge is tremendous.

Now that the link between socio-economic conditions in childhood and health in later life has been established, the team will be taking a closer look at the timing of certain events, such as material losses, periods marked by hunger or parental death, in order to better understand what the most critical phases are in a child's development that can lead to long-term health problems. Researchers are testing this model on the probability of starting smoking again. Who are the most vulnerable candidates, those most at risk of relapse? The SHARE data still hold many possibilities, which are still waiting to be explored by this dynamic team.