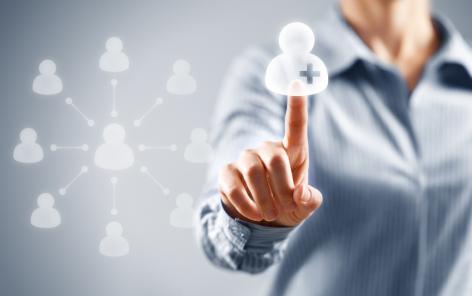 Looking at the social networks of unemployed people in Vaud

A questionnaire will be distributed to 5000 people looking for work during the months of February and March 2012, first step in an analysis of the impact of links with the human environment in access to employment. A project of the NCCR LIVES, hosted by the Universities of Lausanne and Geneva.

As from February 1st, 2012, and for two months, the newly unemployed people following the collective briefing on the unemployment insurance of Canton de Vaud (a meeting named “SICORP”, gateway to accessing the unemployment benefits), will receive a questionnaire of ten pages with multiple choice questions about their social network at large (parents, friends, neighbors, former colleagues, community associations, etc.). Participants will have twenty minutes to complete this survey related to the NCCR LIVES individual project (IP) No 4, directed by Professor Jean-Marc Falter, entitled Economic inequalities: Towards pathways out of vulnerabilityy.

Led by doctoral students Anna Von Ow and Nicolas Turtschi with post-doc Patrick Arni under the guidance of professors Giuliano Bonoli, Rafael Lalive and Daniel Oesch, such a survey on social networks and access to employment has never been done yet in Switzerland. "To our knowledge, only four studies were conducted in the world on the subject, but in different contexts," says Nicolas Turtschi, who holds a master's degree in social sciences.

The power of close relationships

The project is a continuation of the theory of Mark Granovetter on the strength of weak ties. In the early 70's, the latter argued that the distant network of a person - weak links - better than the closest - strong links – give better access to the flow of information, necessary process in reaching employment. Indeed, the usual circle of relationships does generally not bring new useful information. This theory is now called into question because it is believed that the group of intimates has other functions: it will be easier for example to be recommended by a relative than by a vague acquaintance.

The first data collected in the survey will be coded quickly, with the participation of two students from the IDHEAP and analyzed in conjunction with the results of the other two questionnaires. In parallel, Nicolas Turtschi will conduct qualitative interviews with about forty people suffering from the greatest obstacles to employment integration (age, education level, migration patterns, etc.).

Finally, a test will be conducted on the impact of information on the activation of social networks. Half of the hundred SICORP conducted in February and March will offer an awareness module given by the advisors of the regional employment offices (ORP). It will be possible to compare the results of those encouraged to mobilize their communities with those of the unemployed who have not had this type of incentive. This measure is of great interest to the State Secretariat for Economic Affairs (SECO), which funds a part of the project.

The State of Canton de Vaud was another valuable ally of the research. "We have excellent contacts with the Employment Service, who supported us, and with the nearly 60 ORP counselors involved throughout the territory, whom we met in January for a half day. They were extremely motivated and positive", says Nicolas Turtschi.