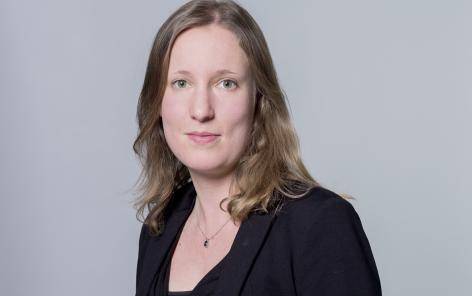 On Wednesday, April 10, 2013, Aline Duvoisin received the 3rd prize ex-aequo at the biennial event organised by Pro Senectute Switzerland and the Institute of agsing of the Bern University of Applied Sciences. This honour rewards research work on survey data Living / Leben / Vivere (VLV) conducted by the Interfaculty Centre of Gerontology and Vulnerabilities Studies (CIGEV) within the NCCR LIVES.

Do seniors know the Pro Senectute Foundation? To what extent do they use its services and what prevents non-users? To find out, the foundation commissioned the CIGEV in Geneva so that that the questionnaire VLV - large survey of 3,000 elderly residing in five Swiss cantons, co-funded by the NCCR LIVES within IP13 - be accompanied by a serie of questions relating to the notoriety and usefulness of Pro Senectute. A student focused her Masters thesis on this part of the investigation and submitted a report to the foundation in November 2012. Aline Duvoisin, now engaged as a PhD student at the NCCR LIVES, thus won a prize of 2000 francs at the Swiss Symposium on Gerontology, which runs from April 10 to 12, 2013 in Bern.

Notoriety and usefulness of Pro Senectute

Aline Duvoisin’s research shows that seniors know well Pro Senectute Foundation, especially in Basel and Berne (96% and 95% of respondents), as well as in Ticino and Valais (81% and 78%), and to a lesser extent in Geneva (65%). Women are more aware of this organisation and use it to a greater extent than men, especially for gym classes, social consultations and moments of conviviality such as meals. Persons of foreign origin, those whose social and civic participation is low and people living with a partner are less likely to use the services offered. Pro Senectute users represent 16% of survey respondents aware of the existence of the Foundation in Basel, 15% in Berne, 11.5% in Valais and Ticino, and only 3.7% in Geneva. In this canton, characterised by a greater diversity of associations devoted to the third age, AVIVO is better known than Pro Senectute.

In her conclusions, Aline Duvoisin notes that Pro Senectute reaches indeed, to a certain extent, the potentially vulnerable elderly. She recommends, however,  to increase the visibility of the foundation, and avoid giving the impression of an institution reserved for those in need. Finally, she emphasises the challenge of responding to the denial of ageing. "For many seniors, using the services of Pro Senectute would be an admission of weakness. But when the vulnerability eventually occurs, it is sometimes too late. Perhaps by organising more intergenerational activities and without connotation of helping the needy, the demand will be stronger," suggests the young researcher.