12.11.2015 > Kids and workload are worse than illness for couples, but things get better at retirement 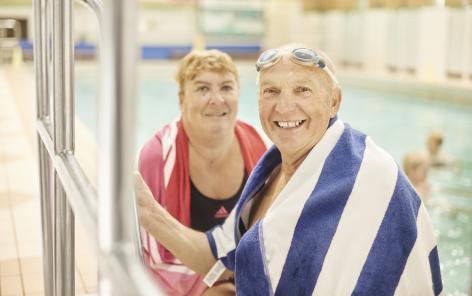 Kids and workload are worse than illness for couples, but things get better at retirement

The relationship quality of 721 couples in Switzerland over a period of thirteen years is at the core of a PhD thesis that was conducted within the framework of the NCCR LIVES. Manuela Schicka successfully defended her dissertation on September 30th, 2015 at the University of Geneva. She demonstrated that while the various styles of conjugal interactions generally remain stable along the life course, some critical life events and transitions weigh much more on relationship quality than others, sometimes in unexpected ways.

Sociology of the family had already observed the spillover effect of socio-professional problems on conjugal relationships. Being unemployed or encountering financial difficulties is for sure not the easiest path to romantic felicity. We also knew that the transition to parenthood might be a huge blow for partners. But how to measure relationship quality? How does it evolve over time? And have all critical life events the same impact?

Longitudinal data collected within the NCCR LIVES’ IP208 project allowed Manuela Schicka to answer those questions. The Social Stratification, Cohesion and Conflicts in Contemporary Families survey, which Prof. Eric Widmer has been conducting since 1998 at the University of Geneva, generated unique information on stability and change among couples living in Switzerland.

1442 heterosexual long-lasting partners were observed in Manuela Schicka’s study. They were part of those who accepted to participate in the first and third wave of the survey in 1998 and 2011. During the second wave in 2004 it had only been possible to interview the women. The third wave also tried to reach separated or divorced people, but those were not included in the present analysis.

The doctoral candidate investigated if different critical life events and transitions have had an impact on the relationship quality and whether the types of conjugal interaction had an effect or not on these outcomes. She looked at normative (i.e. expected and ordinary) transitions like becoming parents, grown children leaving home (the “empty nest” syndrome) and retirement. She also examined non-normative (i.e. unexpected and unintended) events like socio-professional and health-related problems.

In order to address the relationship quality, she looked at indicators such as relationship satisfaction, thoughts of separation, conflicts of different sorts, and severity of arguments.

The styles of conjugal interactions were identified following the typology set by Jean Kellerhals and Eric Widmer, which is based on dimensions like cohesion (fusion vs. autonomy, openness vs. closure) and regulation (level of gendered role differentiation, level of routinisation).

High degree of fusion is an asset

Manuela Schicka’s research found that couples with a high degree of fusion resisted better to life hazards. She also observed that the style of conjugal interactions change very little over the life course. However, some transitions, especially the retirement phase, tend to result in the growth of fusion. This moment in time and the “empty nest” transition appeared as rather beneficial for relationship quality. By contrast, transition to parenthood and socio-professional problems generated more conflicts and a decrease in relationship satisfaction.

It is also interesting to note that serious illness and injuries do not affect relationship quality. Almost half of the interviewed couples had been confronted to health problems between the first and the third wave, whereas only 20% faced socio-professional difficulties.

Responsible or not for life hazards

Manuela Schicka explains the difference of outcome between work and health related problems by the fact that people are considered as controlling their occupational trajectory, whereas illness and accidents are seen as linked to bad luck and not personal responsibility. There is therefore less grief and bitter thoughts between partners when the latter occur. Furthermore, she notes that “the importance of life events in the professional domain can be explained by the importance for men and women in Switzerland to be part of and active in the labour market. A failure in this life domain leads to frustrations and disappointments.”

The other Swiss characteristic is related to the issue of children: as the researcher observes, “transition to parenthood is associated with a higher degree of closure of the couple, as well as greater differentiation of functional roles.” Women in this country often abandon or substantially reduce their participation in the labour market once they become a mother, because of lack of institutionalised child care facilities. This also generates a great deal of frustration.

It is therefore ironical that the main purpose of matrimonial union, having kids, is a major challenge to couple stability, whereas transitions to the “empty nest” and to retirement succeed in reuniting couples at an age that is generally not perceived as the most romantic one…

>> Schicka, Manuela (2015). The Impact of Critical Life Events and Life Transitions on Conjugal Quality: A Configurational Approach. Under the supervision of Eric Widmer. University of Geneva