11.08.2015 > “The Future of Psychology”: congress of the Swiss Psychological Society in Geneva 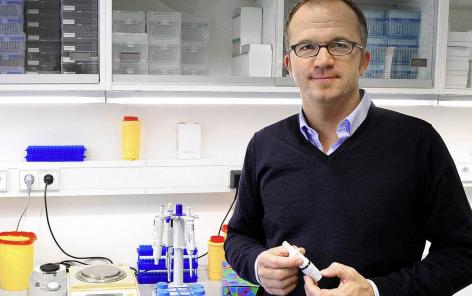 “The Future of Psychology”: congress of the Swiss Psychological Society in Geneva

The 14th biannual congress of the SPS will take place at the University of Geneva (Uni Mail) on September 8-9, 2015. It is organised by a local team headed by Prof. Matthias Kliegel, a specialist of the psychology of aging and new head of NCCR LIVES IP213.

The conference intends to target current discussions, pioneering theories and extraordinary projects that could indicate the new pathways on which psychology might move forward in the near future. In that regard, the programme will focus on innovative topics in psychology. About 40 symposiums plus some workshops and paper or poster sessions will be carried out.

The keynote speakers will be Markus Heinrichs, from the University of Freiburg in Germany, and Mark A. McDaniel, from Washington University, in St. Louis, USA. Markus Heinrichs’ talk will address the mechanisms by which a certain hormone, i.e. neurohormone oxytocin (OT), contributes to human social behaviour, and how recent knowledge could enhance advances in the personalised treatment of psychopathological states. Mark McDaniel’s talk will combine recent advancements of cognitive psychology, neuroscience, and educational psychology and focus on evidence-based techniques to improve instruction and student learning.

Several members of the Swiss National Centre of Competence in Research LIVES will participate. They notably organised a symposium entitled “Studying vulnerability across the life course: An interdisciplinary project”. Chaired by Andreas Ihle and Delphine Fagot, this symposium aims to discuss LIVES’ most recent evidence on vulnerability and the process of vulnerabilisation, emphasising the interdisciplinary and multi-methodological inputs of this NCCR in a life course perspective.

In the first talk, Nora Dasoki will present a study investigating the interrelations and the influences that different temporalities, i.e. individual, social, and historical times, have on memories of happiness and vulnerability. This research, led with Davide Morselli and Dario Spini, shows that happy memories are linked to social expectations, no matter what age difference. Regarding vulnerability, individual time and historical context have both an impact and an interaction. The oldest elderly are less likely to remember their lives as vulnerable, except during the Second World War. For that period of time it is the younger elderly who report less vulnerability.

Two other communications will also draw on data from the Vivre-Leben-Vivere (VLV) study on Swiss elderly, which IP213 conducts at the Geneva Centre for the Interdisciplinary Study of Gerontology and Vulnerability. Andreas Ihle will discuss the role of different life course determinants in middle adulthood for cognitive performance in old age. This research, in collaboration with Michel Oris, Delphine Fagot and Matthias Kliegel, shows significant links between educational background, health status, and engaging in professional and leisure activities with cognitive functioning in old age. Later on Fanny Vallet will present empirical evidence that frail elderly have more difficulties to recover after a stressful event. Her co-authors here are Olivier Desrichard, Delphine Fagot, and Dario Spini.

Within the framework of IP212 led by Pasqualina Perrig-Chiello, Charikleia Lampraki will focus on continuity and social participation in the process of recovering from the loss of an intimate partner in the second half of life. Together with Davide Morselli and Dario Spini, this study assesses how active participation in social groups outside family or friends may support the coping process.

Another team of psychologists work at NCCR LIVES within IP207 under the direction of Jérôme Rossier. During the symposium this project will be represented by Christian Maggiori, who will focus on the impact of personal resources and professional conditions on the relationship between personality dimensions and professional and general well-being.

Colleagues of his will intervene in other sessions. Claire Johnston will present a review of the literature on the relevance of career adaptability in early careers, and also talk about “Immigrants’ career resources”. Grégoire Bollmann will present “Does Smiling Really Make us Happier? A Cross-Lagged Examination of the Causal Relationships between Affective and Cognitive Components of Subjective Well-Being”. Michaela Knecht will talk about “Selection, Optimization, and Compensation as response to goal conflict and facilitation”. And there will be a poster session where Martin Tomasik will present “Multiple Goals From the Perspective of Optimal Foraging Theory”.

Life span and other topics

A further symposium will address “Social relations over the life span: challenges and rewards” and include LIVES researchers. Jeannette Brodbeck and colleagues investigated the longitudinal relationship between life events and casual sexual relationships (CSR) in emerging adulthood in Switzerland. Daniela Jopp and colleagues compared the role of social resources for life-satisfaction in German and Japanese people aged 65 to 84. Germans were more likely to live alone, but had more social contacts, more psychological strengths and life-satisfaction than Japanese. In the very old age, optimism was a strong predictor of life-satisfaction in both cultures.

During the symposium “Legitimizing ideologies in the context of gender and political issues”, chaired by Grégoire Bollmann and Oriane Sarrasin, Rachel Fasel will present “Does victimization threaten the belief in a just world?”. Based on the TRACES project, her talk will demonstrates how socioeconomic conditions and war victimization shattered the general just world beliefs of residents of former Yugoslav countries.

We should also mention some other interesting presentations by LIVES members during different sessions: Lavinia Gianettoni with “Professional aspirations of boys and girls: the impact of sexist ideologies”, and Oriane Sarrasin with “When support for gender equality and tolerance of the Muslim headscarf go hand in hand”.

The organiser's point of view

According Prof. Matthias Kliegel, “this congress will be an excellent platform to present the exciting interdisciplinary potential of LIVES to the national and international psychological community. With its important psychological component, LIVES is one of the light house research programmes in psychology in Switzerland and therefore perfectly suited in the spectrum suggested by the motto ‘The future of psychology’ chosen for this conference. Importantly for LIVES, the motto is targeted not only at current discussions, pioneering theories and extraordinary projects that could indicate the new pathways on which psychology might move forward in the near future. A second very important point concerns young researchers who will be the future of psychology in Switzerland and who are therefore particularly invited to participate actively at the conference. In that regard, this year's congress offers several special events that explicitly support young scientists’ development. Special measures taken are the two Young Academics Program symposia (Career Option Forum and PhD Skills) where also several LIVES members will actively participate.”