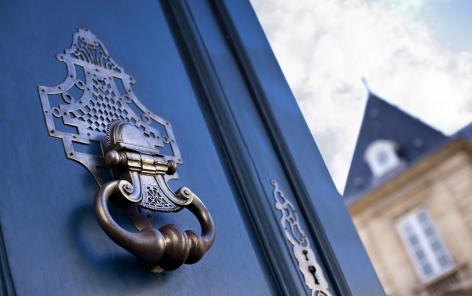 In France, social mobility fades away at the gates of the top universities ("Grandes Écoles")

Whereas the influence of social origins on career paths progressively recedes up until the end of the fourth year of university study, it remains a prevailing factor for graduates of the most selective higher education institutions. Writing in the prestigious European Sociological Review, Julie Falcon and Pierre Bataille use new data analyses to empirically call into question the reputation for meritocracy enjoyed by the French “factories of the elite”.

Following the completion of their doctorates within the National Centre of Competence in Research LIVES at the University of Lausanne, two young researchers examined the social mobility of graduates from the various elite French university programmes. By isolating the types and levels of study undertaken, genders and cohorts, and comparing graduates' initial socio-economic status with that subsequently attained during their working lives, the researchers found that the ability sometimes attributed to the Grandes Écoles to eradicate class differences by “formatting” students in a uniform manner is actually largely over-estimated.

Today, young people from higher social classes are still five times more likely than their working-class counterparts to graduate from a Grande École. However, students from less well-off backgrounds – especially women – who have managed to enter this type of prestigious educational institution struggle to exploit the value of their qualifications on the labour market as well as their better-off peers. This finding contradicts previous assertions from scientists that as individuals rise up the hierarchy of graduate degrees, there is a corresponding linear decline in the influence of their social backgrounds.

The data were sourced from the Enquête Emploi (Employment Survey) conducted by INSEE (French National Institute of Statistics and Economic Studies), which had never before been used in research of this type. Now a scientific collaborator at the Swiss Federal Office of Statistics, Julie Falcon worked with this set of data during post-doctoral research she carried out at Stanford University. She says she realised that this data had “enormous potential to allow us to analyse social mobility, because of its sample size, the historical aspect, and the level of detail in the information available, particularly for the Grandes Écoles category.”

For this study, Falcon worked alongside Pierre Bataille, currently a post-doctoral researcher at the Université Libre de Bruxelles, who wrote his thesis on the life courses of graduates from the École Normale Supérieure de Saint-Cloud. He says that “the debate on the Grandes Écoles in France only ever focuses on inequalities at entry and never on inequalities after graduation, as if access to this type of study were a guaranteed pass to those tiny pockets that have total dominance over the social space.”

He adds that conversely, “three-year university degrees get a bad press, because they are regarded as not professionally rigorous enough to guarantee their graduates a rewarding future career. We are showing that in reality, contrary to received wisdom, we have found greater social mobility among graduates of three-year degree courses compared to those who studied at a Grande École.”

The data gathered by INSEE's Employment Survey encompass more than 750,000 people born between 1918 and 1984, and do confirm the strong equalising force of university study: Julie Falcon and Pierre Bataille noted that for every generation, social background on entry to university had the least impact on future working lives after three and four-year degree courses. This is especially true for women, who saw their access to higher education grow spectacularly during the 20th century. But among female graduates of a Grande École, those from working or middle-class backgrounds found the glass ceiling distinctly more difficult to break.

In the current context marked by the increased complexity of the conditions for access to the university and the debates about the “ParcourSup” scheme, the results show that the non-selective nature of most of France’s undergraduate studies has been to this day one of the most important factors of social mobility for a large part of the generations that benefitted from school democratization.

In France, the majority of research studies on social mobility had hitherto been based on data from INSEE's Formation et Qualification Professionnelle (Training and Occupational Skills) study, dating back to 2003. This new research demonstrates that since then, the social origins of male and female students who studied on elitist university courses have maintained their grip on graduate employment prospects, including for the most recent cohorts. This led the two researchers to conclude that “educational merit remains better rewarded on the labour market among the better off.”