12.03.2018 > Extending the working lives of seniors: a challenge in terms of equality and occupational health 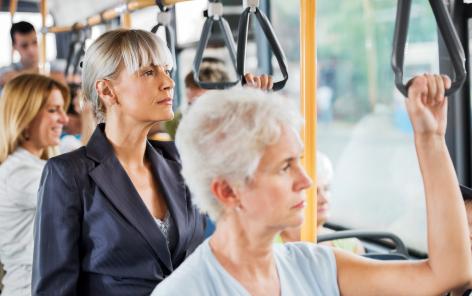 Extending the working lives of seniors: a challenge in terms of equality and occupational health

A European research project began in January 2018 to study the consequences of prolonging the working lives of men and women. Headed up by Nicky Le Feuvre from the University of Lausanne (UNIL) and using methods developed within the National Centre of Competence in Research LIVES, the DAISIE project compares the situation of older people in employment in various countries, including Switzerland, with a focus on three sectors of activity: transport, health and finance. Social and gender inequalities will be at the core of the analyses.

Announced in the summer of 2017, three projects involving Swiss researchers were selected following a call from the NORFACE network (New Opportunities for Research Funding Agency Cooperation in Europe) launched to support research programmes investigating the accumulation of inequalities over the life course. A total of 170 teams responded to the call and 13 projects were selected for funding. Two of the winning projects have links with the National Centre of Competence in Research LIVES - Overcoming Vulnerability: Life Course Perspectives (NCCR LIVES). One of them, Dynamics of Accumulated Inequalities for Seniors in Employment (DAISIE), will receive 1.5 million francs over three years.

The DAISIE project, headed up by Nicky Le Feuvre, Professor in the Sociology of Work at the UNIL and head of the Gender & Occupations (IP206) project at the NCCR LIVES, aims to study the social issues relating to ageing at work. In most European countries, the increase in life expectancy and the difficulties in funding pensions provide incentives, to a greater or lesser degree, for older workers to extend their working lives.

Knowing under what conditions it is possible or desirable to prolong the working life of individuals is therefore a burning issue, since the employment of older people has consequences which can cascade down into other areas of life, including health. Apart from the issues relating to employment, retirement funding and human resources management, this topic shows the importance of inter-generational interactions for senior citizens, whether with their own adult children and their grandchildren or with their own elderly parents.

One of the hypotheses of the DAISIE project is that the impetus to prolong the working life affects almost all the members of the “sandwich generation” aged 50 years and over in Europe today. However, the consequences of this incentive appear to differ among senior citizens, and in particular represent a potential source of vulnerability for those people whose career paths have been the least continuous and the least well paid, including a significant proportion of poorly qualified women also involved in care activities.

To verify these hypotheses, Nicky Le Feuvre was assisted by colleagues working in five European countries: Switzerland, the United Kingdom, Ireland, Sweden and the Czech Republic1. The first three have liberally-inspired social protection systems along with rather conservative gender roles. Here, the care of dependent people, beginning with young children, is mainly based on the market economy and/or on families. Sweden, by contrast, is known for the range of its public services in support of the work-life balance and for the high level of attention paid to gender equality. Finally, under Soviet influence the Czech Republic experienced a specific culture of women's work, which is now giving way to polarisation in the trajectories of mothers, linked to the partial dismantling of public services.

The first part of the DAISIE project will consist of an analysis of the career paths of senior citizens of both sexes in these five very contrasting societal contexts. In Switzerland, for example, the team expects to see a great deal of involvement by older people in the care of their grandchildren, “a structural prerequisite for allowing younger women to remain in employment,” notes Nicky Le Feuvre.

“If the idea is that grandparents must now devote more years to their professional activities, especially because that helps to maintain the financial viability of pension funds, it would then be necessary to examine the consequences of this change, particularly for the work-family relationship, over several successive generations,” comments the researcher.

Previous research conducted by Nicky Le Feuvre and her colleagues at UNIL have already highlighted the scale of the problem: “What we saw in the context of the PNR 60 (“Equality Between Men and Women”) was that some women worked part-time while their children were young - or until adolescence - and then, either because they divorced, or because they began to calculate the level of their future pensions, found themselves having to increase their level of work towards the end of their careers, particularly to complement the second pillar of their retirement incomes. Such practices run counter to the idea of a planned transition by older people towards a gradual reduction in their working hours in the final stages of their careers.”

She adds: “For individuals who have jobs that are more physical or stressful and demanding, the need to work more while getting older carries significant health risks, which are often concealed for fear of appearing to perform poorly in the eyes of the employer, in order to keep their jobs. Sometimes this is combined with the responsibility of looking after very elderly parents who have become dependent, or with the need to financially support adult children who are experiencing ’life course accidents’ (unemployment, divorce, illness), which also makes it more difficult to take things a little easier towards the end of their career.”

The contribution of the NCCR LIVES

In order to observe the trajectories of older people in the five countries, the project adopted a mixed methods study design, combining sequence analysis and retrospective biographical interviews using a “life calendar”, which are two specialities of the NCCR LIVES.

The quantitative part will use data from the longitudinal survey SHARE (Survey of Health, Ageing and Retirement in Europe), in collaboration with Dr. Jacques-Antoine Gauthier of the UNIL and Prof. Boris Wernli from FORS.

For the qualitative part, the respondents will come from three professional sectors that are also very different: transport, a rather masculine environment which can be physically demanding and involves shift work or irregular hours; healthcare, a sector with characteristics similar to transport from the point of view of arduous working conditions, but instead mostly occupied by women; and finance, a more mixed and less physical domain of activity, but currently undergoing significant restructuring and technological change.

Examining equality and ageing in unison

“Previous research has shown that companies tend to externalise the effects of ageing at work; they encourage older workers who are tired or sick to reduce their working hours or retire earlier”, comments Nicky Le Feuvre. “However, such HR management practices are hardly compatible with the new incentives keeping older people in employment.”

Nicky Le Feuvre also mentions that “policies on ageing at work, where they exist, are rarely linked to policies on equality. The two can even be thought of as contradictory. On one hand, companies facilitate the transition to part-time work for mothers with young children, while on the other these ‘missing years’ of savings contributions will weigh heavily on the conditions which women will have to face towards the end of their working careers. Not many companies think about work equality and ageing at work in unison.”

Throughout the course of the research, the partners of the DAISIE project will maintain close links with socio-economic stakeholders involved with ageing at work, organising meetings with employers, unions, associations and policy makers in each of the countries studied. One of the objectives is to come up with useful recommendations for the development of age management policies which take into account the essential factors of gender, age and social status in an integrated way. In research, this is what is referred to as an inter-sectional approach to inequalities.