11.08.2015 > Educational Expansion, Partnership, and the Family: Special issue of the Swiss Journal of Sociology 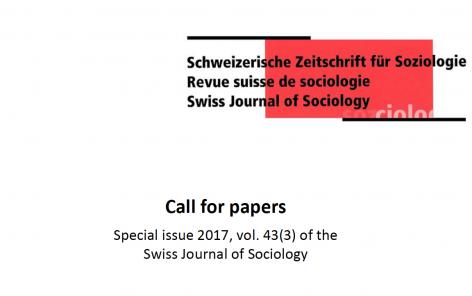 Educational Expansion, Partnership, and the Family: Special issue of the Swiss Journal of Sociology

Based on official statistics for the historic period of the educational expansion since the 1960s, the pattern of declining marriage rates, an increase in the mean age of marriage, decreasing birth rates, a shift in age of the first child’s birth, and increasing divorce rates can be revealed. In other countries studies using a life course perspective could show empirically that the increase in the age of marriage as well as the age at first child’s birth is a consequence of cohorts remaining longer in the educational system. Hence, these cohorts postponed these decisions to later stages in life. Especially the increase in female employment as a consequence of the higher qualification of girls and women seems to be a driving force of this process. Furthermore, the educational expansion also contributed to the decrease in number of children per family. This is not only due to the increase in women’s participation in the labor market, but also to a shift in family conception and the aspirations toward designing one’s own life. Finally, the higher demands on partnership and marriage as a consequence of the educational expansion also led to a higher dynamic in terms of divorce, remarriage and other forms of cohabitation.

For the case of Switzerland, in contrast to other countries, it remains unclear to what extent these structural changes can be causally attributed to the educational expansion – both theoretically as well as empirically. Also, there are striking research gaps regarding the educational expansion’s consequences for familial and demographic processes and trends in time. Questions remain, such as: Did the educational expansion lead to more educational homogamy, strengthening therewith the social closure of partnership and marriage markets? Did dating agencies gain more importance in the course of the educational expansion? What are the consequences of the increasing educational homogamy for socialization processes and the educational opportunities of the younger generation? Did the stability of partnerships and marriages in- or decrease as a result of higher qualifications? Are childbirth simply postponed or did the educational expansion also lead to changes in the fertility and therewith the family structure? What is the potential impact of educational changes on the development of alternative family options (single-parent family, living apart-together couples, same sex couples, and so on). Do the rates of remarriage increase and does the likelihood to start a new partnership after a divorce or separation increasingly depend upon the partner’s education? How does increasing education change the ways spouses or partners interact together, but also with their children, in relation with gender and individualization issues? What are the differences between Switzerland and other modern nations in terms of these relational and demographical processes?

All these questions require answers from a dynamic longitudinal perspective of the life courses of successive birth cohorts. As these cohorts are the cultural promoters of the educational expansion, they can be perceived as the main actors of change within these familial and demographical processes. To answer the issues raised, the empirical reconstruction of these changes ideally requires time-continuous data which allow the application of panel, event-history or optimal matching models. In doing so, potential causal relations between the educational expansion on the one hand and the socio-structural changes of partnership, marriage, family formation, divorce, and remarriage on the other hand can be revealed – as well as their consequences for the further progress of the educational expansion. The special issue is intended to combine contributions that address the consequences of the educational expansion upon familial and demographic processes with adequate, modern methodological approaches and current longitudinal data for the case of Switzerland as well as other modern countries. In particular, historical and international comparisons considering Switzerland at least as a reference country are highly welcome.

Interested scholars are invited to submit a proposal to Rolf Becker (rolf.becker@edu.unibe.ch) no later than November 15, 2015. Your submission for the special issue should include the following:

The guest editors will decide on the acceptance or rejection of the abstract until December 20, 2015.

Selected authors will be invited to submit a full paper (max. 8,000 words, 50,000 characters including tables, figures and references), which will be due on June 1st, 2016. The papers will go through the usual peer-review process of the Swiss Journal of Sociology. The proposal as well as the paper can be written in English, French or German. More information about the Swiss Journal of Sociology and the submission process are available in www.sgs-sss.ch/sociojournal.

For any queries, email rolf.becker@edu.unibe.ch.