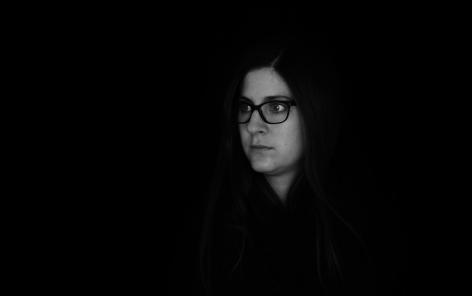 Annick Ramp: “I hope that with my work on Sandra people can feel empathy”

For the bid on the topic “Vulnerability and Resilience”, the youngest winner of the LIVES photography grant, who is based in Zurich, produced portraits of a transgender person: Sandra. Her collection will be shown at the Biel/Bienne Festival of Photography and a selection of these images will be published in a book.

Among the three female photographers who participated in the project of the Swiss National Centre of Competence in Research LIVES and the Biel/Bienne Festival of Photography, Annick Ramp is the only one who has not yet reached the age of 30. But despite her young age, her career as a photographer is already well established. She will take one more step by exhibiting her portraits of Sandra, a transgender person, during the 20th edition of the festival between April 29 and May 22, 2016. Some of these pictures are also included in the book Downs and Ups.

Annick Ramp works as a photographer for the Neue Zürcher Zeitung on a half-time basis, which she finds is a good balance allowing her to pursue more personal in-depth works. She lives in a popular district west of Zurich main station, a place she appreciates for its multicultural and relaxed atmosphere.

Her project on Sandra was selected to illustrate vulnerability and resilience because she has a real talent for approaching bodies and souls in an infinitely respectful way. Her photos depict a joyful person with also darker aspects, a complex figure who despite the lifelong struggles which have left their imprints has succeeded in overcoming a lot of suffering. We met Annick Ramp for some insights on her approach.

How did you come to photography?

After school I did a commercial apprenticeship but quickly realised that this would not make me happy. I knew that I would like to do something with photography but did not know how to proceed. My father was the one who got me in touch with photography at the first time. Then, when I was 19, I travelled to New Zealand. My parents lived there for 5 years and I was born in Auckland, but they left when I was 8 months old. So I wanted to see the place, meet the people, and this is where I started to take photos. I focused on lines, landscapes, not many people. Back in Switzerland I enrolled in a pre-course in art and later I left Schaffhausen for Zurich, where I knew I wanted to live. For one year I studied different kinds of art and visual communication. After that I enrolled for the degree course “Fotodesign” in Zurich. At this point I had the opportunity to get a one-year internship with a photographer, and there I figured out what really interests me, which is the kind of photography I do now, which is people oriented. After finishing my studies I got another internship with the Neue Zürcher Zeitung, where I completed my training and eventually was lucky to be hired.

What are you looking for when photographing people?

I like showing different kinds of people, different ideas of life. During my first internship I took pictures of an eccentric man who is quite famous in Schaffhausen, named Heinz Möckli. For two months I stuck to him, and realised that this was not only a job for me. It also gives me something back. I love watching how human beings live in their environment and the multiple ways they have of seeing that environment. I am particularly interested in those people who do not live the regular way.

How did you meet Sandra?

For the final work of my studies I covered a specialised institution, which supports people who are partially or temporarily not able to live independently due to addiction problems, mental illnesses or other impairments. One evening Sandra was there, and I saw her again later at the bus station. I found her fascinating. She looked fragile and strong at the same time. I could see that she had good self-esteem. We talked, she sang. She looked female but there was also something masculine. She spoke openly about it, but she refused to pose for a photo. After that I always had her in mind. I tried to get in touch with her through Facebook, but she did not write back. I tried again through her music bandleader, and he suggested joining a rehearsal session on Thursdays. I went there and she remembered me. Then I proposed to take portraits of her and she accepted. It went this way for two or three months, but I did not know in which way I would bring her story together. And then the LIVES’ and Biel/Bienne Festival of Photography’s invitation arrived. The concept was there!

What do you think is the photo, in this collection, which exemplifies most the theme of resilience?

The one with the fog: it was not staged at all. We were in a theatre rehearsal and there was this machine that creates smoke, and I caught her next to it. Sometimes she’s loosing herself and escapes reality. She escapes to some other place, dreaming, eyes closed. This picture made me realise there is something to show about her, and also that it needs time to approach it.

How did you proceed with Sandra for this work?

I could not force anything. I never told her “You should do this or that”. We hung out for days and I had to catch the right moments. The most difficult thing for me, afterwards, was not so much to make choices, but to reduce to the very best pictures and make order out of them. It fascinates me to put a collection of photos together. It’s really intense. I can spend weeks moving scattered pictures on the floor until I decide which one is really necessary or not, which ones express the right view. It is also a question of respect for my subjects. I showed my selection to Sandra and she accepted to be seen also during the bad moments. She is completely aware of her story and she is conscious that she is not always in the best possible mood. It was important for me that she accepts and understands my choices, but did not let her influence me too much either. I hope that with my work on Sandra people can feel empathy. I find it weird that this society has this strange order of male versus female aspects.

What is a good image, in your sense?

First of all it has to touch me in some way. I appreciate if I can figure out that the photographer has done it with empathy, that the subject is not being used just for the sake of a good picture. I like photos that have something to say, which provoke emotions and also contain some poetry. I tend to look at photography in series, because often I find it difficult to understand something just with one picture. I think there can be more differentiated statements if pictures correspond with each other.